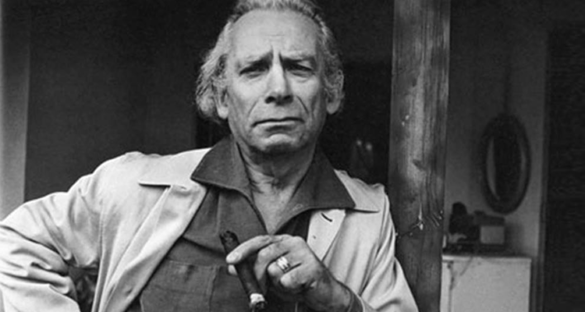 Samuel Fuller was born to be outside the studio system. His films, the low-budget B-pictures that studios added to their inexpensive productions for a cheap buck, have turned out to be some of the more acclaimed pictures in retrospect. While the Production Code was still in effect, Fuller wrote themes that were too dark and controversial for major studios to produce, thus, was never given a major award in his life. Yet, his career lasted almost sixty years, and important names like Martin Scorsese, Quentin Tarantino, and Jim Jarmusch cited his works as influential to them.

He was born on August 12, 1912, in Worcester, Massachusetts. As a young child, he had a speech impediment problem and did not say his words until he was five years old. According to Fuller, the first word he said was, “hammer.” At age 11, his father died, and the family moved to New York City. His first jobs were in the newspaper business, something that would play a major influence in his own stories, first, as a copyboy, then as a crime reporter by age 17. The biggest story he broke was the sudden death of actress Jeanne Eagels, who would become the first posthumous Oscar nominee for her performance in The Letter. Fuller would also write pulp novels at this time and would continue to write them for the rest of his career. 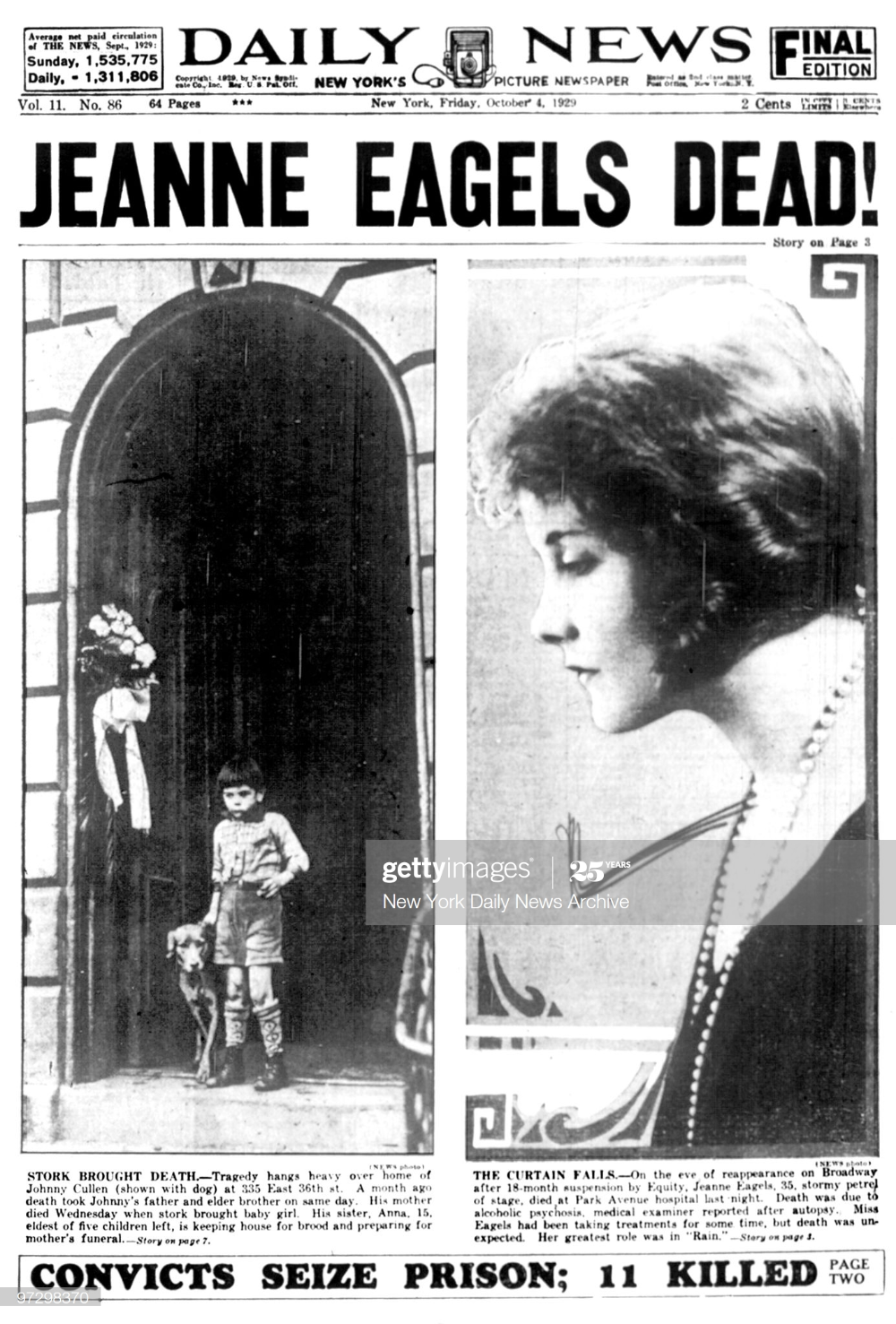 In the 30s, Fuller would transition into screenwriting, receiving his first writing credit in the musical comedy Hats Off. He continued to write a steady stream of films, even as Fuller went into the Army for World War II. He fought in North Africa, France, and Belgium before going into Germany and liberating the Flossenbürg concentration camp when an estimated 30,000 people died. Fuller filmed the area that would be used in tribunals against Nazi officers and be selected by the U.S. National Film Registry in 2014. He would co-write a book about the history of his unit, the 16th Infantry Regiment, later on. By the end of the war, Fuller was a Corporal and was awarded multiple times for his service before returning to Hollywood, taking the war with him in his future works.

Tired of seeing films he wrote getting butchered by the directors, Fuller sought to be one himself with his scripts, I Shot Jesse James and The Barron of Arizona. Like Preston Sturges who became a director by accepting a fee of just $1, Fuller convinced the producer to let him try without any extra payment besides his writing. Both films were made with low budgets and tight shooting schedules, but Fuller got them done on time and under budget with good results. It was his third film, The Steel Helmet, a Korean War drama that made Fuller into a recognized director. Shot for $104,000, it grossed $2 million and was recognized for speaking about racism (opposing the word ‘gook’) and reference to the country interning Japanese-Americans during the Second World War, ruffling some feathers with the Army. It took ten days to film, using Griffth Park for exteriors and hiring students from UCLA as extras.

Darryl F. Zanuck would sign Fuller to make seven films for 20th Century Fox, all under Fuller’s own production company, and made on low budgets. This included Park Row, a film noir surrounding the New York newspaper business, Pickup On South Street, which received an Oscar nod for Thelma Ritter’s performance, and the Cold War submarine thriller Hell And High Water, which Zanuck assigned him to with the use of CinemaScope and Technicolor. Park Row was Fuller’s favorite film he made because of how much he knew of the life and is made in the same mood as Sweet Smell Of Success, another story about the newspaper business that came out years later. In Pickup, J. Edgar Hoover, head of the FBI, met Zanuck and Fuller, saying he hated the film because of the depiction of an agent committing bribery. Zanuck agreed to take out FBI references in its advertising but backed Fuller’s film completely. Fuller was released from his contract one film short as he sought to direct another war drama, Verboten!, which became the final film produced by RKO Radio Pictures in 1959.

Fuller would continue on his dark, independent streak in the 60s with two films later picked up by the Criterion Collection: Shock Corridor and The Naked Kiss. In the former, Peter Breck plays a reporter who wants to win a Pulitzer Prize, and solving a mysterious murder in a psychiatric institution will win it for him. To get inside, he fakes a mental illness and tries to speak to any witnesses, but the behavior they exhibit is far more dangerous than the reporter expects. The film references the threat of nuclear annihilation, communist indoctrination (like The Manchurian Candidate), and the ongoing Civil Rights Movement between pro-integration and the white supremacists who wanted to stop them. In the latter film, Constance Towers plays a prostitute trying to leave it all behind by running away into the next town, trying to prove she has reformed herself. As she seems to find love and someone who believes her, the scandal that surrounded her before comes back shockingly.

Fuller would not be noted again until the early 80s with two controversial pictures. First, there was The Big Red One, another war film Fuller planed to make in the 50s, but conflicts with Warner Brothers scrapped the project. Friend Peter Bogdonavich helped revive the project for Paramount but was also shelved before Bogdonavich brought in a third producer when he pulled out of the film and released it in 1980 for United Artists. Despite good reviews, the film was heavily cut against Fuller’s wishes; the restored version was shown in 2004 to critical acclaim. Then, came 1982’s White Dog, which he wrote with future Oscar-winner, Curtis Hanson. A film about a black dog trainer who tries to deprogram a ‘white dog,’ a dog who is programmed to attack black people, Fuller and Paramount Pictures came under fire from the NAACP who said the movie was inflammatory (without having seen it, but aware of the book it’s based on) and threatened to boycott its release. Even with some changes, Paramount gave the film an extremely limited release and shelved it. Black Dog would get its first DVD/Blu-Ray release in 2008 through Criterion.

Fuller, hurt by Paramount’s self-censorship on what many critics said was an anti-racist movie, moved to France and never worked on a Hollywood film again. He would make three more films, his last being 1990’s The Madonna And The Dragon with Jennifer Beals, and his final credit being co-writer of the film Girls In Prison. After a serious stroke, Fuller moved back to the States where died in 1997, aged 85. His legacy was by then cemented as an outsider who produced top-quality works with half of the budget other films had. Younger filmmakers visited the elder Fuller in appreciation of his career and his movies are at the Academy Film Archive, even though he was never nominated personally. Fuller’s autobiography, A Third Face: My Tale of Writing, Fighting, and Filmmaking, was published posthumously in 2002. And, even today, his gritty pictures are be viewed by new students and still respected by the cinephile community.