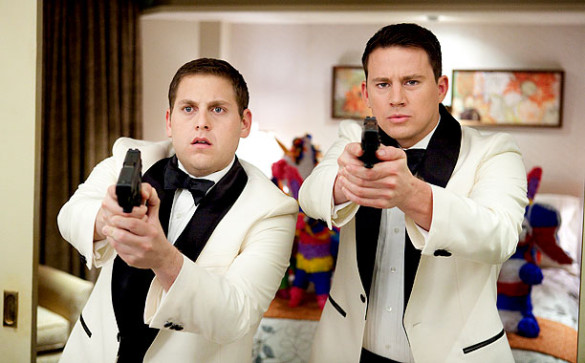 Well I’m officially excited. Jonah Hill and Channing Tatum are coming back to the screen in a 21 Jump Street sequel that is set to come out sometime in 2014. Sony announced at CinemaCon that the sequel was never in doubt after making $138 million last year. Rumors came out last year, that Hill and writer Michael Bacall was already working on a sequel, so this story isn’t too surprising.

21 Jump Street was one of my favorite movies last year and probably took my #1 comedy spot from last year. That being said, I’m really excited for this news and I’ll look forward to seeing if they can re-capture the magic from the first film.

Are you excited? Let us know in the comment section below!