Movie Review: The Wolverine is sharper than Origins 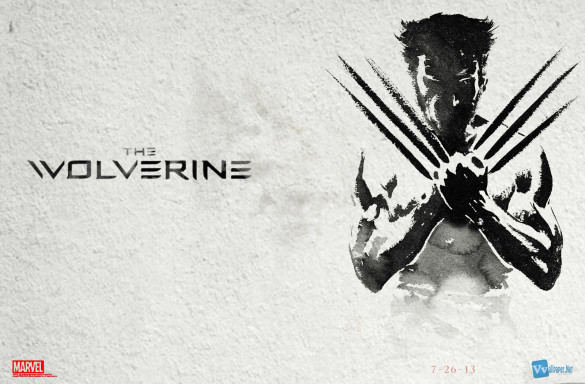 Synopsis: Summoned to Japan by an old acquaintance, Wolverine becomes embroiled in a conflict that forces him to confront his own demons.

DIRECTION
James Mangold does a pretty good job here minus a few hiccups as we continue Logan’s story as Wolverine. Mangold does a good job of capturing what is a mostly down-to-earth, realistic type setting until we get to some of the later action sequences. There’s a series of flashbacks and dreams used when Logan is dreaming that I thought was used well as Jean Gray comes back to haunt Logan, creating conflict with him and his immortality. In the middle of all of that Mangold captures the Logan-rugged aesthetic really well which brings you right into the character and what he’s doing. At one point, Logan loses his healing ability and the way that was captured, while used before, brought you into the character well so you could understand what he’s seeing and why he’s struggling. There are some elements toward the end of the film that make me question some of the continuity of the X-Men story and was even a little distracting. The action sequences become very comic book-y and you lose the sense of ruggedness and realism the film started out with. The story also seems to have little purpose and while it does come around at the end, Mangold lost the ability to make sense of the lead up to the reveal. Overall, the fun and the journey of this character is much better here than previous films and it will carry momentum into further X-Men films.

SCRIPT
The story is a descent one but it has a few flaws that does detract from the film. As the story picks up, we find Logan who is struggling with himself and the guilt of what happens at the end of X3. He begins to see Jean Gray in his dreams as well as an old friend he once saved during the drop of the atomic bomb on Japan, Yashida. Yashida is now dying and requests to see Logan before he dies and when they meet up, Yashida reveals he can end Logan’s immortality. From there, it’s revealed that Logan is beginning to lose his healing ability and he is keeping Yashida’s granddaughter, Mariko, from being killed by a Japanese mafia. It’s along this journey where the film starts to get away from itself and Logan apparently has the ability to not only heal quickly, but also fall in love pretty quickly. His relationship with Mariko becomes intimate and isn’t well explored. It seems forced, especially since Logan is in the middle of dealing with Jean Gray in his dreams and the hurt that came from that love with her. The antagonist story line isn’t very clear and it becomes clumsy and all over the place. Other story arcs including Mariko’s father, Mariko’s fiancé, and an old boyfriend of Mariko are introduced but mostly just add clutter. The father story arc makes sense and does add to the movie but the rest of them aren’t needed and just waste screen time. Give me more Logan. The reveal at the end doesn’t do anything either and won’t be surprising to many. However, because of the events in the final battle, it raises continuity questions and questions about Logan as the Wolverine. The script saves itself though in the post-credits where it teases X-Men: Days of Future Past which is easily the best part of the whole movie and it’s amazing.

PERFORMANCES
Hugh Jackman was born to play this role and he’s incredible with the iconic character once again. He just knows the ins and outs of how to bring Logan to life and Jackman knows what he’s doing here. He loves the character and you can tell every time he’s on screen. What’s important here though, is the fact that he has to carry this film the whole way. We get no other X-Men characters that people know and like, which will hurt this film as well. Hal Yamanouchi, Tao Okamoto, Rila Fukushima, Hiroyuki Sanada, Brian Tee and Svetlana Khodchenkova are great actors and give good performances but, most people will not know these names nor their characters. Other than Jean Gray cameos we are introduced to a completely new environment and aesthetic than what we’ve seen before. However, the performances do stand by themselves and the Japanese, and one Russian, actors in this film are good and fun to watch. While a few of the characters aren’t necessary or done well, the performances are fine. And as the title suggests anyway, this is all about Hugh Jackman and how he carries the story forward, which he does well.

SCORE
Marco Beltrami gets the nod to score here and while I like Beltrami, the score is mostly boring and isn’t very fun for a comic book movie. To his credit, the movie is a little bit darker than previous films and needs to be grittier but that could of been done in a not-so-boring way. With a character like The Wolverine, the music could of been a little bit more edgier and perhaps more synthesized than what we get. It’ll be hard for anyone to live up to Henry Jackman’s X-Men First Class score, but you can still come up with something more reachable. Beltrami folded on this one.