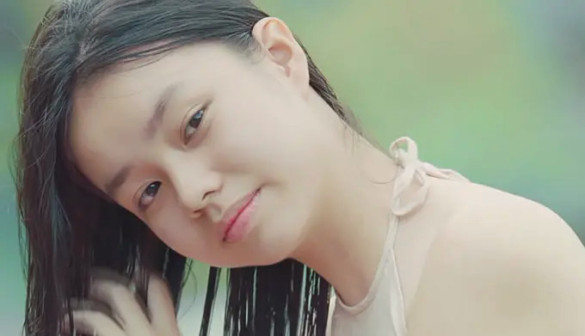 Synopsis: In 19th century rural Vietnam, fourteen-year-old May is ready to become the third wife of a wealthy landowner. Little does she know that her hidden desires will take her by surprise and force her to make a choice between living in safety and being free.

When I read the plot synopsis of The Third Wife, Ash Mayfair’s feature film debut, it sounded an awful lot like Zhang Yimou’s masterwork Raise the Red Lantern. That film, Oscar-nominated for Best Foreign Language Film, is about a young woman who becomes the fourth wife to a wealthy lord in 1920s China. Every day each woman strategizes how to sabotage the rest and lure their master to her respective bed, thus winning his nightly affection and hours of pampering from the servants. Eventually, the power plays get ugly and tragedy strikes…

This is not quite that. The women of The Third Wife are far less cruel toward one another, but the film is no less unsettling for it. Set in 19th century Vietnam, the film follows 14-year-old May (Nguyen Phuong Tra My) as she’s wed into the family of an affluent landowner. She’s the titular third wife of the patriarch’s son, added to his line of spouses because the first two have mostly birthed a series of female offspring in a world that favors male descendants.

The Film Independent Spirit Awards have recognized Mayfair with a Someone to Watch Award nomination, and it’s clear why. As a director, she handles the troubling issues of arranged marriage and subservient wifehood marvelously. Along with cinematographer Chananun Chotrungroj, Mayfair casts an ironically serene and gentle glow over this realm of patriarchal dominance—painting a fascinating visual contradiction between the film’s style and its subject matter.

Mayfair and Chotrungroj employ plenty of nature imagery to soften the story’s edge, to an enigmatic effect. Wide shots of tranquil rivers and close-ups of budding flora that could easily wind up in a calendar featuring a new view of Vietnamese wilderness each month. Perhaps some would say these shots are a bit too abundant, but I’d remind them of what one of the final nature cutaways shows—a devastating reveal in an otherwise gorgeous landscape. Turns out, Mother Earth is not always so pretty. For these moments, as well as for her delicate lighting and poetic compositions, Chotrungroj has also been recognized with Film Independent, for Best Cinematography—and rightfully so.

In front of the camera, though, Nguyen carries this deceptively heavy film from beginning to end. Although (by our social norms) she’s only a child, Nguyen crafts a beautifully puissant character with May, an adolescent who stopped being seen as a kid the moment she began menstruating. It’s a largely quiet and curious, while ultimately heartbreaking, performance that pulls the audience in immediately then leads us onward. Nguyen is such a keen actor. She and Mayfair wisely illustrate May’s station very matter-of-factly. Like having May—who feels the low-simmering enviousness of her fellow wives when she gets pregnant with a potential male— sagely gather how her own fate will be irrevocably determined by her unborn child’s genitalia.

Because there’s a dual nature to May’s existence. In certain regards, she lives a prim and comfortable life. She converses and lunches with her fellow wives outdoors, exchanging stories and advice, and for the most part they enjoy one another’s company. Yet… she’s trapped in an impossible position. At the end of the day, her role is to gratify her husband and bear his masculine progeny, an outcome she cannot control whatsoever. Thus May fears slipping down a rung, knowing she will if the baby in her belly comes out with a vagina—and she’s hardly allowed indulgences and the sexual pleasure she herself craves in turn as it is. I hope Nguyen has a bright future, because she deserves it. Her May is wonderfully realized…

Look, no period film is truly about the time in which its set—but rather the time in which its made. So although The Third Wife is reportedly inspired by the lives of the director’s great-grandparents, it’s also about the women of today. It should go without saying that women around the globe are forced to endure persecution daily. The specific details of May’s story may not be entirely universal, but patriarchal attacks on women’s rights unfortunately are. And Mayfair’s first film is one well-constructed and daring examination of such injustices, and it’s absolutely worth checking out.

As a final note, it’s completely baffling that The Third Wife did not make the cut for the Spirit Award’s Best International Film category. There must be a technical reason, because it seems like a major snub, all things considered.