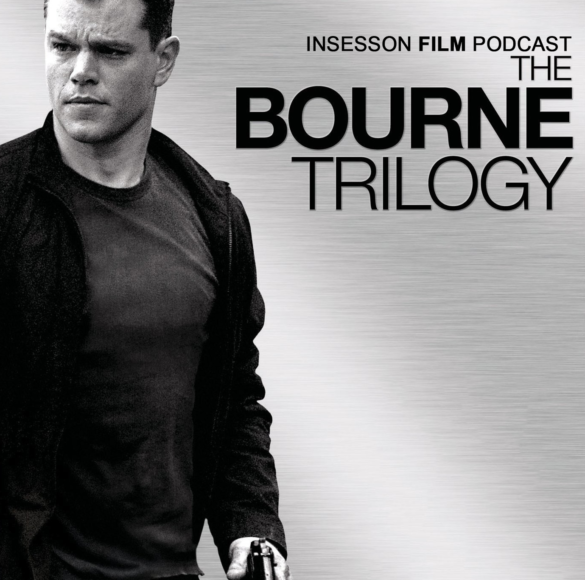 This week on the InSession Film Podcast: Extra Film segment, in anticipation for Jason Bourne hitting theaters this weekend, we discuss the original Bourne Trilogy starring Matt Damon in the titular role. We skipped out The Bourne Legacy but had fun discussing The Bourne Identity, The Bourne Supremacy and The Bourne Ultimatum, three of the better action films of the 2000’s.

This show also marks the last time our good friend Matty Negs will be with us as our co-host. Due to some recent physical ailments, Negs is needing to take a leave in order to regain his health and we fully support him in that venture. It’s been a huge pleasure to have Negs as part of our team and we will miss him deeply. We hope to have Negs back in some sort of capacity once we fully recovers. Our show this week was a lot of fun and a great way for Negs to out on, discussing the great action character that is Jason Bourne.

Grades
The Bourne Identity
JD: A-
Brendan: A-
Negs: B-

The Bourne Supremacy
JD: A-
Brendan: A-
Negs: A-

The Bourne Ultimatum
JD: A
Brendan: A+
Negs: A-