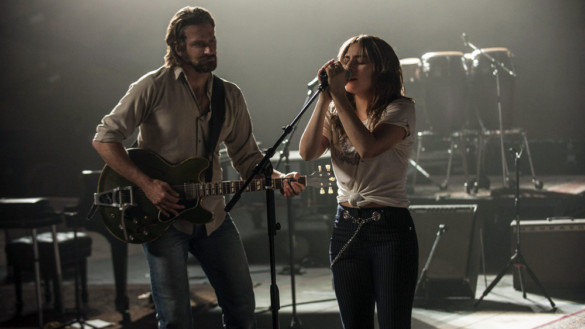 This week on Episode 289 of the InSession Film Podcast, we discussed our predictions for the 2018 fall movie season. As we did for the summer, instead of simply naming the films that we are most anticipating, we decided to branch out and talk about the questions that are lingering for us as we head into the fall and how that translates to our predictions for the new season.

JD
1) This year’s Fall/Winter Movie Season will supplant 2018 as the objective best year for film this decade.
2) Shoplifters – will finally be the film to get Hirokazu Kore-eda an Oscar nomination (maybe even a win?).
3) A Star is Born – will be this year’s American Hustle or La La Land or The Revenant or Birdman, in the sense that it’s a good movie (potentially great movie) that becomes hated on Film Twitter for reasons that continue to baffle me.
4) The Other Side of the Wind – will prove that Orson Welles had one more hidden gem left in him.
5) Bumblebee – will prove that Transformers can exist and thrive outside of Michael Bay.

Brendan
1) This year’s Fall/Winter Movie Season will supplant 2018 as the objective best year for film this decade.
2) First Man and The Old Man with a Gun – will make Damien Chazelle and David Lowery 4-for-4 as directors.
3) The Favourite – will prove that The Academy is embracing weirdness in film.
4) Netflix will now be taken seriously as an Awards Season contender with films such as Roma, The Other Side of the Wind, 22 July, Hold the Dark, The Ballad of Buster Scruggs, Girl, and Happy as Lazzaro.
5) The fall/winter blockbusters will mostly disappoint.

Hopefully you guys enjoyed our lists and if you agree or disagree with us, let us know in the comment section below. Clearly there are a lot of other films coming out this fall that we skipped over for one reason or another. That being said, what would be your Top 5? Leave a comment in the comment section or email us at insessionfilm@gmail.com.