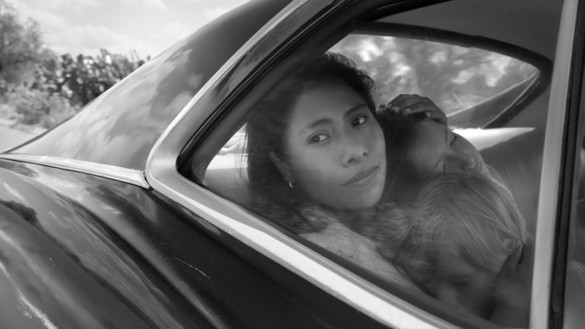 As the Toronto International Film Festival heads into its second week, the vast majority of critics have begun heading home, but there’s still plenty of films left to review!

Synopsis: A story that chronicles a year in the life of a middle-class family in Mexico City in the early 1970s.

I’m very reticent to use the term masterpiece because I think it sets unfairly high expectations, but there’s really no other word that can be used to describe Cuarón’s latest opus. This gorgeous black and white film is the definition of art cinema, a film with no stars or significant hook that perfectly captures the power of cinema nonetheless. For those who love a well-told, well-executed story, this (and Shoplifters) are the films to beat.

Cleo (Yalitza Aparicio) is a young maid who lives and works in the Antonio household, supporting fraught mother Sofía (Marina de Tavira) and her adulterous doctor husband (Fernando Grediaga) . Cleo cooks, cleans, holds the dog when the front gate is opened, acts as a nanny to four alternately lovable and annoying children, as well as anything else she is asked to do. If she has a spare moment, Cleo goes to the movies or sleeps with her boyfriend Fermín (Jorge Antonio Guerrero) – at least until the louse abandons her when she tells him that she’s pregnant.

Despite the synopsis, Roma is hardly plot focused; it is almost entirely driven by emotion. This is clearly a passion project for Cuarón, and the result is a deeply moving melodrama about the quiet personal tragedies that unfold behind closed doors.

As the nearly silent Cleo, Aparicio is devasting. She hides the young girl’s sadness and pain behind a mask made of smiles for the benefit of her employer and the children. Her personal struggle is mirrored by the tumultuous family drama and the larger national and historical conflicts that can be seen sporadically in the background as Roma spins its yarn across a single momentous year.

Sumptuously photographed and staged, Cuarón rarely deviates from slow panning long takes, the better to bask in the visual feast of this lived-in world, complete with period perfect set and prop design. Two outstanding sequences stand out as showstoppers: at a New Year’s party a fire breaks out that distinguishes the class disparity between the middle class, who hold their champagne glasses and sing directly in harm’s way, and their employees who work tirelessly to stop the threat. The other is a late in the film sequence when violence breaks out in the streets while Cleo is shopping for a crib for her unborn child. Both rival the technical proficiency of likeminded large scale scenes in Citizen Kane, Gone With The Wind and their ilk from the heyday of the studio system.

Cuarón’s capacity to capture the smallest, most intimate moments of Cleo’s life as well as these seismic cultural shifts catapults him into the same cinematic company as Kubrick, Truffaut and, most significantly, Luis Buñuel.

It also all but cements Roma‘s status as an awards frontrunner. Look for a big Oscar push from Netflix as they aim to make history as the first streaming service to nab a Best Picture statuette. 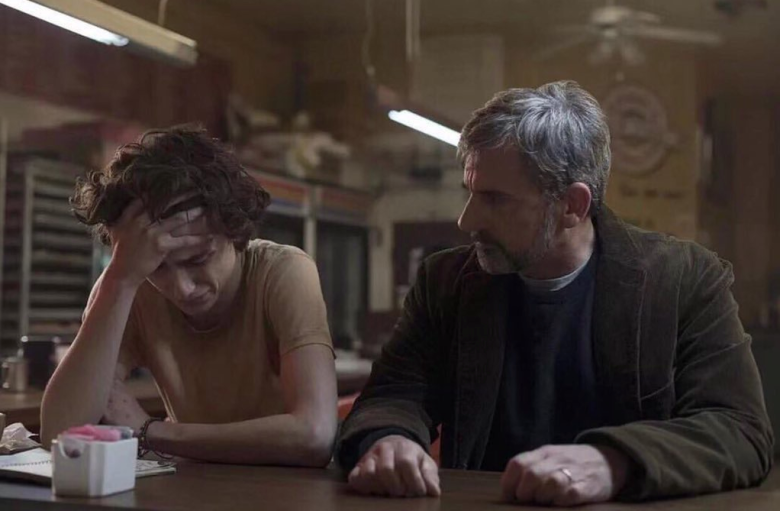 Synopsis: Based on the best-selling pair of memoirs from father and son David and Nic Sheff, Beautiful Boy chronicles the heartbreaking and inspiring experience of survival, relapse, and recovery in a family coping with addiction over many years.

Having checked out Ben Is Back a few days ago, Beautiful Boy offers a fascinating opportunity to compare and contrast two “parent tries to manage and/or save their teenage son’s drug addiction” films. Swap out Julia Roberts for Steve Carrell as the overwhelmed, dutiful parent and boy du jour Lucas Hedges for other boy du jour Timothée Chalamet and you’ll find that the films are not completely dissimilar.

The biggest difference is that where Ben Is Back starts strongly and then pulls a nasty about face, Beautiful Boy simply lives in that initial family drama space for the better part of two hours, rinsing and repeating the same narrative development over and over again. Despite the fact that Ben Is Back goes completely over a cliff in its second half, the far superior first half excels by focusing on the little details that are required when welcoming a drug addict back into your home, including hiding all prescription medication and jewelry, monitoring the person’s whereabouts at all times, and checking their pockets before letting them into a mall change room.

In Beautiful Boy, none of these activities occur. In their place David (Carrell) and Nic (Chalamet) cry, yell, talk on the phone and stare stony eyed into the camera. David cares deeply for his son, but he’s completely ineffectual at stopping Nic from relapsing, relying instead on proclamations of love and disappointment. Sometimes this works and Nic stays clean; sometimes he doesn’t. Occasionally he even overdoses.

Watching this once is compelling and emotional stuff, but by the sixth or seventh iteration, it hasn’t gotten more interesting. This is unfortunate, considering that Carrell and Chalamet are giving it all in their respective roles. Problematically there are also some questionable screenwriting decisions by Van Groeningen and Davies, including an ill-conceived deus ex machina opening that adds nothing to the proceedings other than eat up runtime, as well as several stretches where an undefined or unclear amount of time has passed despite the fact that David’s two youngest children with new wife Karen (Maura Tierney) always look exactly the same.

Beautiful Boy isn’t a bad movie, but it’s not a particularly good one either. The film has garnered goodwill at the festival because it is a male-fronted tearjerker, but this is more of a testament to the quality of the acting than to the film itself. The repetitive nature of the film and its “been there, done that” drug treatment narrative make this a good fit for Amazon’s streaming service.

Paying a full ticket price for the theater – as opposed to seeing it at home in bed – would be a bad trip.