Featured: The Fifth Criterion Estate – More From the Channel 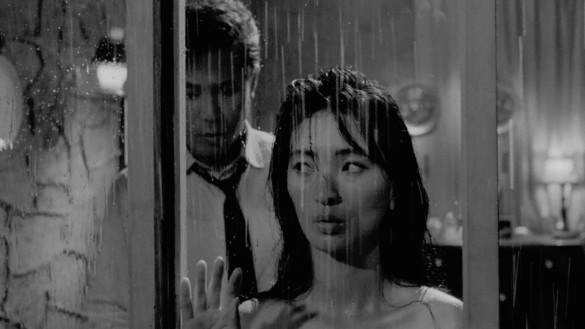 Yeah, I won’t really stop with these updates because they keep on coming and going. Akira Kurosawa’s catalogue is available and I’ve gotten to watch ones I haven’t seen (Sanshiro Sugata, The Men Who Tread On The Tiger’s Tail) as watch the special features from Criterion editions out to stream (My Beautiful Laundrette). Now, I’m checking out all the arthouse theatres and special films they have previewed in them, plus a mini-documentary about the theatre. It’s amazing that I find something different besides the movies every time I check in to this site. Anyway, here is the fifth volume of my Criterion viewing rundown.

A decade after the atomic bomb dropped on Japan, Akira Kurosawa stepped away from the samurai genre for a moment to capture the story of an elderly man, disturbed by the development of nuclear weapons and nuclear energy, that he is seeking to move to Brazil and encourage his family to come along. The family, however, seeks to declare him insane, and the struggle over the right to declare him being rational of his fears or completely irrational and have him locked away. This was a true reflection as the Cold War heated up and more damaging weapons were being developed with the Japanese being neighbors to the Soviet Union but on the side of the Americans. The war of fear is also a war within the family with the patriarch, an unchallenged figurehead, now being questioned completely by the children who recognize that danger is around them regardless and that it is time to make their own decision on what the future really holds. (The one YouTube video about the film is really shortened and poor quality, so make do with this piece of advice from the master himself.)

In addition, I also watched Kurosawa’s Drunken Angel, Red Beard, and Dersu Uzula, which won the Oscar for Best International Film in 1976.

Using some of his own experiences as an actor, Bruce Robinson wrote and directed this black comedy about two unemployed struggling actors who take a holiday in a village that is not of the type. Richard E. Grant made his breakthrough as the half-drunk titular character who says, “We’ve gone on holiday by mistake,” and gallops with his roommate, based on Robinson himself, through the gloom and bleakness in the late 60s while happily making a farce of their lives, which is a farce of their own kind. It’s funny, the lines are of self-deprecation are spot-on, and have a case of mistake sexual orientation with Withnail’s flamboyantly gay uncle, played by the great Richard Griffiths. For Paul McGann, who plays the “I” under the name Marwood, he’s just along for the ride as the one who is more desperately seeking to get out and actually work.

Jean Cocteau, a writer and artist of the avant-garde kind, took the traditional storyline more accurate to Jeanne-Marie Leprince de Beaumont’s legendary fairy tale about an unlikely love story and the beauty that is within. This is no musical or cartoon, not in color, and not meant to be pretty. The beast is a big, burly, terrifying, figure who is angry his roses are touched and, like in Cinderella, Belle’s sisters are the ones who envy the riches they see their sister in with this mysterious prince. Cocteau stays with traditional fantasy, horror, and magic to develop this incredible wonder of an adaptation that doesn’t get enough representation outside of its French homeland.

Also, you can check out Cocteau’s modern adaptation of the story of Orpheus (1950) and his collaboration with Jean-Pierre Melville in Les Enfants Terribles (1950).

This is not your animation for children. From the start, it gives a more shocking look with its violent images of survival about a group of rabbits, freeing themselves from an authoritarian clan, escaping to the named hillside as their new home. While the characters are cute and wonderfully acted (John Hurt, Richard Briers, Ralph Richardson, Denholm Elliott to name a few), the storyline shows the rabbits within their own mythology, culture, and language – the Lapine – and fighting for their own independence instead of being bossed around by bigger rabbits, a Spartacus-like adventure with a common rabbit and his psychic brother commanding their small band of freeing rabbits.

From Martin Scorsese’s World Cinema Project comes this early example of South Korean cinema that is considered among the best films ever made from the young country. It’s a psychological thriller within a melodrama from the country’s first auteur, Kim Ki-young, about a newly hired help who helps a married couple and their two children. The wife is pregnant and the new maid begins to act strangely around the wife and especially the husband. Bong Joon-ho, who directed Parasite, has spoken fondly as an influence to his work because of the creeping insertion of the outsider into life and mix of genres it provides. The film was remade in 2011, but nothing is like the original.

The queue of classics yet to be seen continues onward into the fall where there will be even more collections coming out. It will be an indefinite bag of surprises. In fact, to all who follow, what films on the Channel do you recommend?