Featured: Pride In The Name Of Love – 5 Underrated LGBT Films To Watch 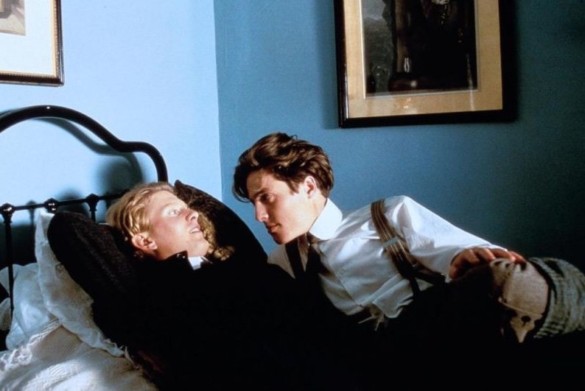 First of all, happy Pride month to all of our LGBTQ friends and followers. Be you, screw the haters, and spread the love around. It is all common now to have openly gay characters in film and TV, although there are a few more boundaries to break through. Yet, as documented in Vito Russo’s book The Celluloid Closet, homosexuality in the US film industry has been an open secret and discreetly seen in movies. For all the negative stereotypes openly seen, there were others who had no issue of sticking them in with a wink in their eye. Many cite the obvious as among the best in this genre: Brokeback Mountain, Milk, Call Me By Your Name, Philadelphia, and Love, Simon. But it goes beyond the mainstream and the highly awarded. Here are five other LGBT films that need to be recognized.

One of the first films to directly address the AIDS epidemic, writer/director Bill Sherwood, who died of AIDS before he ever made another film, created a positive image of gay people, even with the tragedy surrounding their community. It’s set in a one-day period surrounding a gay couple having a party for one of them going abroad for work. It features plenty of wits and positive moments in a loving relationship that contrasts the idea that it is dysfunctional or abnormal; the straight married couple in the party is actually the one unconventional. The reality is centered on a former lover who is HIV-positive, reflecting on the 1970s as an era of decadence and freedom before the disease surfaced and President Reagan was elected. As important was the breakthrough performance of Steve Buscemi as the dying man before he became a major actor in the years afterward.

Author E.M. Foster was the source of other James Ivory-Ismail Merchant films, namely A Room With A View and Howard’s End. Foster’s novel, which was published after his death because of the subject matter was taboo and illegal at the time he wrote it, is a personal story also for the aforementioned director-producer duo who were romantically together until Merchant’s passing in 2005. In Edwardian England, the title character meets and falls for another man who has the same feelings but is all too aware that, in their aristocratic world, homosexuality is seen as disgusting and revolting against traditional morals. Hugh Grant in a major supporting role was his second film before becoming a superstar and also featured Rupert Graves, Denholm Elliot, Ben Kingsley, and James Wilby (Gosford Park) in the title role. Like Parting Glances, in the midst of the AIDS crisis, a positive gay love story came about.

Cheryl Dunne wrote, starred, and directed in this romantic comedy about a black lesbian working in a video store who decides to make a documentary about the identity of an actress who plays the title character in a film from the 1930s. Along the way, she meets a white woman and begins to have a physical relationship which, in turn, affects the relationship with a co-worker, who finds the interracial element insulting. It tells the themes of stereotypes, historical and past, and the romantic dynamics with interracial couples, plus the variety of lesbianism and gender roles. The film was an achievement as it was the first movie made by a black lesbian and produced with just a $300,000 budget, partially funding by the National Endowment for the Arts, winning the Berlin Film Festival’s Teddy Award, later won by The Kids Are All Right (2010) and A Fantastic Woman (2017).

Jean-Marc Vallée (Dallas Buyers Club, Big Little Lies – Season 1) was already a noted director when he made one of the most critically and commercially-acclaimed Canadian films of all time. In a coming-of-age story in the 60s and 70s Quebec, teenage Zachary struggles with the fact he’s gay in a household that is conservative and very masculine with his older brothers. Its funny moments reflect the pop culture timebomb with a killer soundtrack – the title is from Patsy Cline’s famous song but also plays Pink Floyd, The Rolling Stones, and Charles Aznavour – and the main relationship between father and son during the turbulent era is emphasized as “war” that boils down in the end to full acceptance. Besides sweeping Quebec’s own Oscars, it was listed in Canada’s Top 10 Greatest Films of All Time in 2015.

How this piece of Hi-NRG cinema did not just lose the Palme d’Or (to a bad movie, The Square) and missed out on an Oscar nomination (to The Square again) is cinema criminality. Compared to Larry Kramer’s The Normal Heart, director Robin Campillo shows France’s ACT UP squad in the middle of a guerilla war against the government’s lack of action against the disease in the early 90s. A group of activists, those who have the disease and those who are clean, are vocal as we go inside their meetings and outside where, in the face of death, they celebrate and have their romantic lives, namely between an infected ACT UP who has been around for years and an HIV-negative new member who is still a little introverted.

June is Pride Month, but really people should be proud year-round and the number of movies about various tales with LGBT characters reflects how the subject is mainstream. The history of direct cinema with LGBT themes and characters goes deep in the past with Satyricon (1969), Sunday Bloody Sunday (1971), Fox And His Friends (1975), and Making Love (1982). They were trailblazing films, some from big-name directors, that pushed the tolerance of homosexuality into the open, where it was okay to be out of the closet and into the streets. Now, it is no big deal.