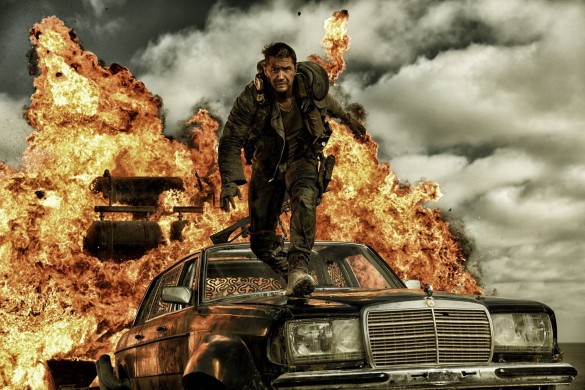 A pretty epic weekend in movies has come and gone, and it’s well-past time to start deciding what the best movie of the year is currently. Welcome to the 2015 Movie Power Rankings.

My name is Justin Pinotti and I am the founder of Up All Night, I love movies, but if you want really insightful movie reviews, I recommend you listen to JD and the Insession Film podcast. If you want completely arbitrary rankings on what I think are the best movies of the year, but not actually providing anything of worthwhile substance, you’ve come to the right place.

I’m not gonna lie to you. We’re not off to a very good or credible start on my end. Poltergeist was incredibly okay, but it’s certainly not a movie I expect to be in my top 10 list by the end of year. There were some exceptional scares in this movie, but it’s PG-13 rating and unkillable characters made the extent of the stakes to be a little dry.

That being said, I appreciate Jared Harris role as TV Ghost Hunter dude and I have nothing but love for Sam Rockwell (Who gives an as-always epic performance as a guy who just barely gives enough of a crap to justify being an everyman), but overall this was just fine. Moral of the story: I have not seen enough 2015 Movies to have a better option for the #10 spot on my 2015 Movie Power Rankings.

Dinsey Nature is pretty awesome. If you are a fan of documentaries or things about animals and nature, like I am, I highly recommend checking out the yearly release of Disney Nature’s Earth Day film. They are pretty consistently great.

The Insidious movies have built up enough street cred over the first two installments that I actually went into this film with relatively high expectations, and I wasn’t disappointed. Normally focusing on a prequel with rigid plot requirements and character development is kind of a bad thing, but it really worked for Insidious 3.

It worked because they chose the right character to focus on. Elise Rainer has been the most interesting character in the Insidious universe in both the previous two installments and she was the right choice to try and further the development of her character. This helped the producers ground the film in a relatable concept and give us a heroine we care about.

The tone and visual style of the Insidious universe is truly one of the great achievements in modern horror film, and Insidious 3 continues the great tradition of that. And, they could have easily left it at that as well….Many successful horror franchises have been built off of just repeating and recycling what has worked in the past, but the producers of Insidious wisely chose to burrow down further into the mythology by focusing on, and developing an interesting character and this worked wonderfully as a result.

I’m not sure I bit the hype bullet on this film as much as everyone else did. I enjoyed it, and thought elements of it were bordering on great, but at the end of the day it didn’t leave me with a lasting impact that a movie of its caliber probably should have.

Strong performances all-around, and confident direction helped steer a ship that didn’t seem to have much direction from the screen play towards the latter half of the film.

I ride and die with the Pitch Perfect girls. I love everything about the movies. I don’t notice potential flaws or issues with them, because it is such an inviting concept to plug-in to and forget about everything else and just have fun for the 2 hours it exists. The musical numbers didn’t have the same punch as the first one, and that was expected, but overall I still found this incredibly enjoyable.

Was this movie too over-the-top or perfectly over-the-top? I can’t quite decide and that’s why I’m giving it a fairly middle of the road placement on my 2015 Movie Power Rankings. I liked many elements of this movie and am very excited to see where it goes in the sequel.

It was a really ballsy choice to cast a bunch of well known Brits and then basically kill all of them off (Spoilers, I guess….The movie has been out for like 5 months by now though) and the action was incredibly fresh and fun. Ultimately, I’m not sure the stakes ever hit the high note they probably should have, but it may not have mattered either.

I could see myself moving this film up the 2015 Movie Power Rankings, if I revisit it when it comes out on video and am able to better form my opinion.

This seems to be the general consensus on AOU. I loved so many elements of it, but it did feel like they didn’t connect on their finisher. And, that’s not even to say the climax and the stakes didn’t feel real either. Ultron legitimately felt like a bad guy that couldn’t be stopped, etc. etc. But there was something missing from this one, I can’t quite put my finger on it, but the magic of the first one wasn’t there.

I could see this even being a better overall film than the first Avengers, but upon the two viewings I had, it seems like they missed something. I still liked it. And I would imagine this will still be in my top 10 when the year is over, but it was a tiny bit underwhelming…given the massive expectations they had (justifiably) put on themselves.

I think a new director will be a good thing. Marvel is great at keeping these things fresh, and getting someone new should be a big help.

And this is coming from a Melissa McCarthy hater…I LOVED Spy. I could even see this as being the  kinda film that will eventually top my 2015 Movie Power Rankings with repeat viewings.

One thing that always bugs me about McCarthy is every movie of hers seems like it has the same bit: she is a loud-mouthed, foul-mouthed, over-weight woman…We get it!! But they earned those jokes in this one. They established her character so well that, when it was time to break out her killer mouth, the jokes landed even harder then they normally do. Mixing that with action sequences that were actually quite good, and a very awesome side-kick performance by Jason Statham, and you have an incredible movie.

Look, I don’t have the balls to rank this movie number 1, but it’s probably the movie I enjoyed the most. The Furious movies are a good example of what was missing from Avengers: Age of Ultron. By almost every level, Avengers is the much more competent movie…but yet, I can’t help but feel Fast 7 just did everything better, and looked like a lot more fun in the process.

Fast 7 showcased some extremely competent world-building, by bringing in Kurt Russell and Djimon Housou as characters the represent the larger world at play (and apparently a world where everyone is connect to some syndicate organization). I feel this was much better handled then the way Avengers tried to shoe-horn in their world building (Don’t get me wrong, I still enjoyed it, but it felt a lot more forced in AOU, where as Fast 7 felt really organic).

These movies are just a lot of fun. They don’t require you to break off into small groups to derive value, and they won’t leave you with any existential thought-lines…But they are just pure fun.

I do fear this movie could severely drop in my rankings upon repeat viewings, but for the time being this is probably the best overall movie I have seen this year. Some of the most original action and plot devices….Much like Fast 7 and Spy, it just looked like everyone involved loved what they were doing, and you can see that love bleeding through the screen.

That’s it for me. Make sure to visit upallnightnews.com, or check me out on Twitter @JustinPinotti or @Upallnightnews. I also host a podcast that you can subscribe to on Itunes as well.

featured movies up all night

I am the founder of Up All Night and good friend with JD Duran. I love movies, pop culture and sports and I'm happy to help contribute to Insession FIlm! Follow me on Twitter @JustinPinotti