Heres are Jon’s first impressions of the new trailer for The Amazing Spider-Man 2. He’s watched it a couple times since making this video and he’s liking more and more! There are a lot of characters and a lot of interesting things going on. Jon also discusses the new Spider-Man costume which seems to be a good homage to the comics this film is based on. Is the CGI any good? That is perhaps debatable but they still have a ways to go to get to a great finished product. In the trailer though, and this is where I’d disagree with Jon, is that the CG looks pretty video game-ish and needs some work.

Also, Sony is ramping up big time to the Sinister Six, or so it seems. It looks like Harry Osborne may be on one of the main villains, alongside Electro and Rhino, who we know are already in the film. Plus, if you stop the trailer at 1:15 you see this: 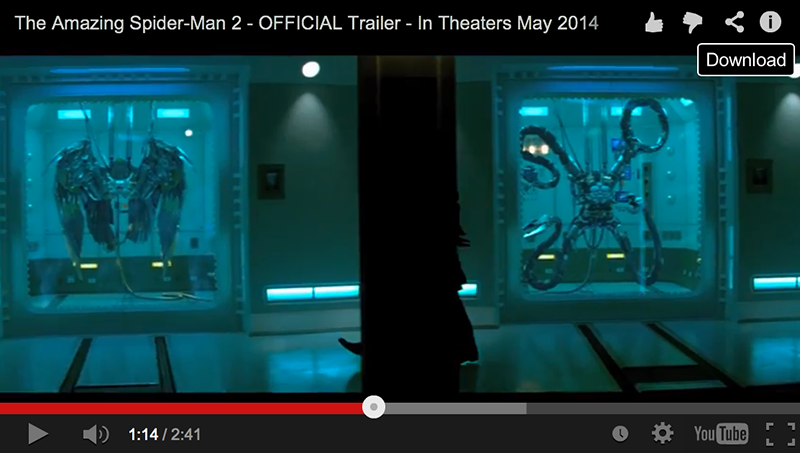 That looks like Doc Ock’s mechanical arms and Vulture’s wings to me, meaning it’s very likely we will see the Sinister Six. If they go that route, it could be very interesting and really cool to see, if it’s done well. That’s a lot of characters we’ll see in a short time span though, so I’m worried we won’t get enough character development to really care (see Spider-Man 3).

Plus the side angle of Peter Parker’s parents will add an interesting element we’ve never seen before and that looks very promising.

Well anyway, be sure to see Jon’s thoughts and let us know if you agree or disagree in the comments below! Also, be sure to subscribe to Second Rate Report today!