Movie Review: G.I. Joe: Retaliation, still not quite there 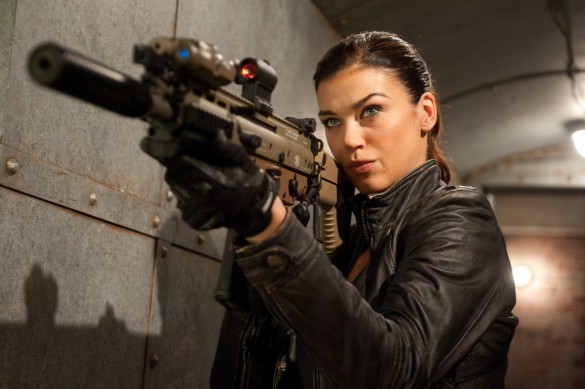 Synopsis: The G.I. Joes are not only fighting their mortal enemy Cobra; they are forced to contend with threats from within the government that jeopardize their very existence.

DIRECTION
John M. Chu is best known for directing two of the Step Up sequels – which basically means nobody has heard of him. And nobody will really know his name after Retaliation. He does an OK job with the script he’s given and gets the most out of his actors but nobody really cares about that – this is an action film after all. So how does he fare with that? Overall, he does a decent job with staging some of the action sequences, particularly those featuring ninjas Snake Eyes and Storm Shadow. But a lot of those sequences use too much shaky cam and quick cuts. Lots of slow-motion shots were also utilized, which were nice but made it painfully obvious where the 3D was used.

SCRIPT
With the writers of Zombieland (an action comedy), you would think Retaliation would have somewhat of a decent script. Nope. This sequel/reboot to 2009’s G.I. Joe: The Rise of Cobra is very unoriginal and very predictable – good guys get accused of being bad guys, bad guys take over, nuclear annihilation and so on. There is a little character background on some of the characters, which is nice, but it wasn’t really enough to make you care about these characters.

PERFORMANCES
Surprisingly enough, the performances are the best part of Retaliation. The new cast members – Dwayne Johnson, Bruce Willis and Adrianne Palicki (who is smoking hot in this film) – do a very admirable job with the material and make the interactions between the characters a joy to watch. I particularly enjoy the relationship and chemistry between Johnson and Channing Tatum’s characters. It  is very 21 Jump Street-ish; only problem is it’s a very small part of the film. Same with Cobra Commander (played by Luke Bracey behind the mask) – he’s a cool villain with a gnarly voice but is hardly in the film. I think that would’ve changed had Joseph Gordon-Levitt returned to the role.

SCORE
Henry Jackman composed one of last year’s best scores with Wreck-It Ralph. Unfortunately, he takes a step down with Retaliation, using some of the same beats from Wreck-It Ralph but not in a very memorable way. The score has its moments but it’s pretty forgettable overall.