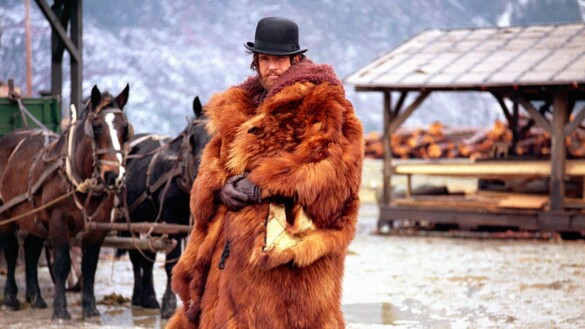 I won’t beat around the bush and pretend that I love westerns as much as other people do. I would never identify the genre as one of my personal favorites and I tend to roll my eyes when John Wayne jumps up onto his horse or slaps around Maureen O’Hara. There are tropes that I dislike and times when I wish that I could see more significant female characters on screen, but I’m not willing to write off the genre as a whole. There are a couple of westerns that happen to tickle my fancy and because I spent my Winter trying to make my way through classics of the genre, I thought I would put a ranking together. 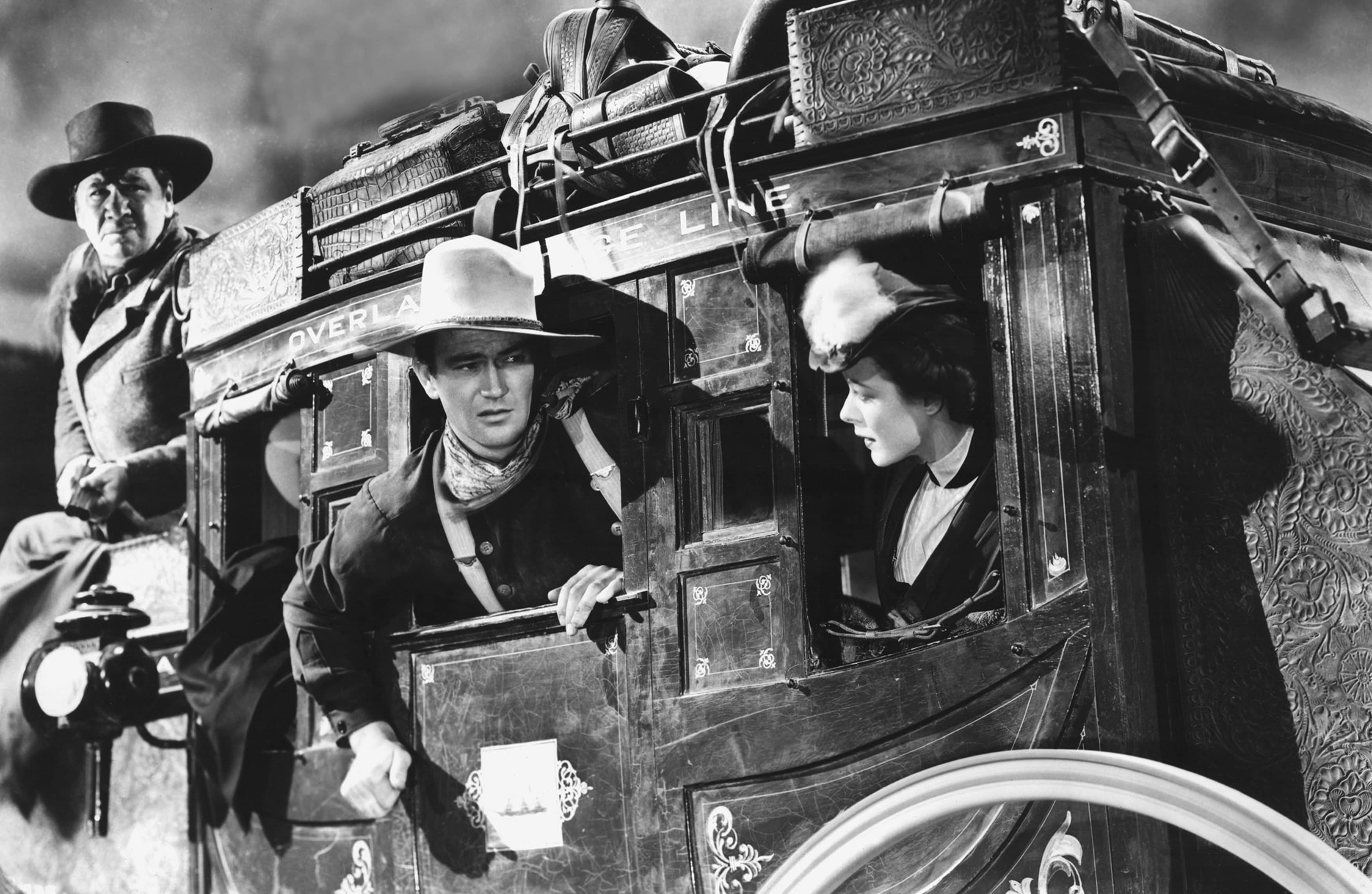 This problematic John Ford classic has not aged well in many regards. The treatment of Native Americans is horrific and the historical revisionism on display was very much a product of its time. People remember the film fondly because of its influence on future ‘Noah’s Ark’ pictures. It united a rag tag team of outsiders who have to learn to get along, threw in a bit of romance and forced the team to face off against various threats. By today’s standards, the script looks formulaic, but when a film essentially invented the formula, you have to give it credit. Ford directs with characteristic reserve and passion for capturing the beauty of the natural world, and his dramatic camerawork helped to make this a landmark entry in the genre. 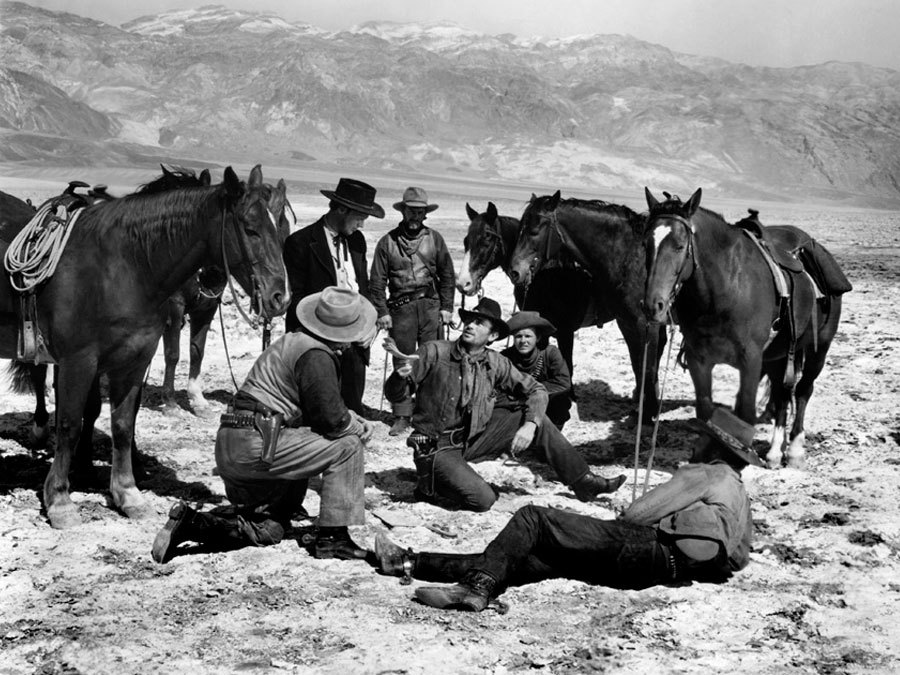 Yellow Sky is surprisingly underrated for a Shakespeare adaptation that doubles as a taut, suspenseful thriller. It also happens to feature an incredible opening sequence that serves as a reminder of how punishing the desert can be. We watch heroic cowboys facing off against the elements and witness them as they are reduced down to panting little boys who are desperate to find some water. The script patterns itself on The Tempest, but it never falls into pretentious territory. It unfussily deconstructs the myth of the great American cowboy and considers the flawed nature of autocratic leadership. A lot of screenwriters could take a leaf out of Lamar Trotti’s book when it comes to deconstructing genre tropes. So many anti-westerns are far too pompous and trump up the fact that they are making edgy statements about ideas that aren’t all that popular these days. Yellow Sky holds the distinction of doing it during a period when the Western was highly popular and avoiding the temptation to build itself up too much. 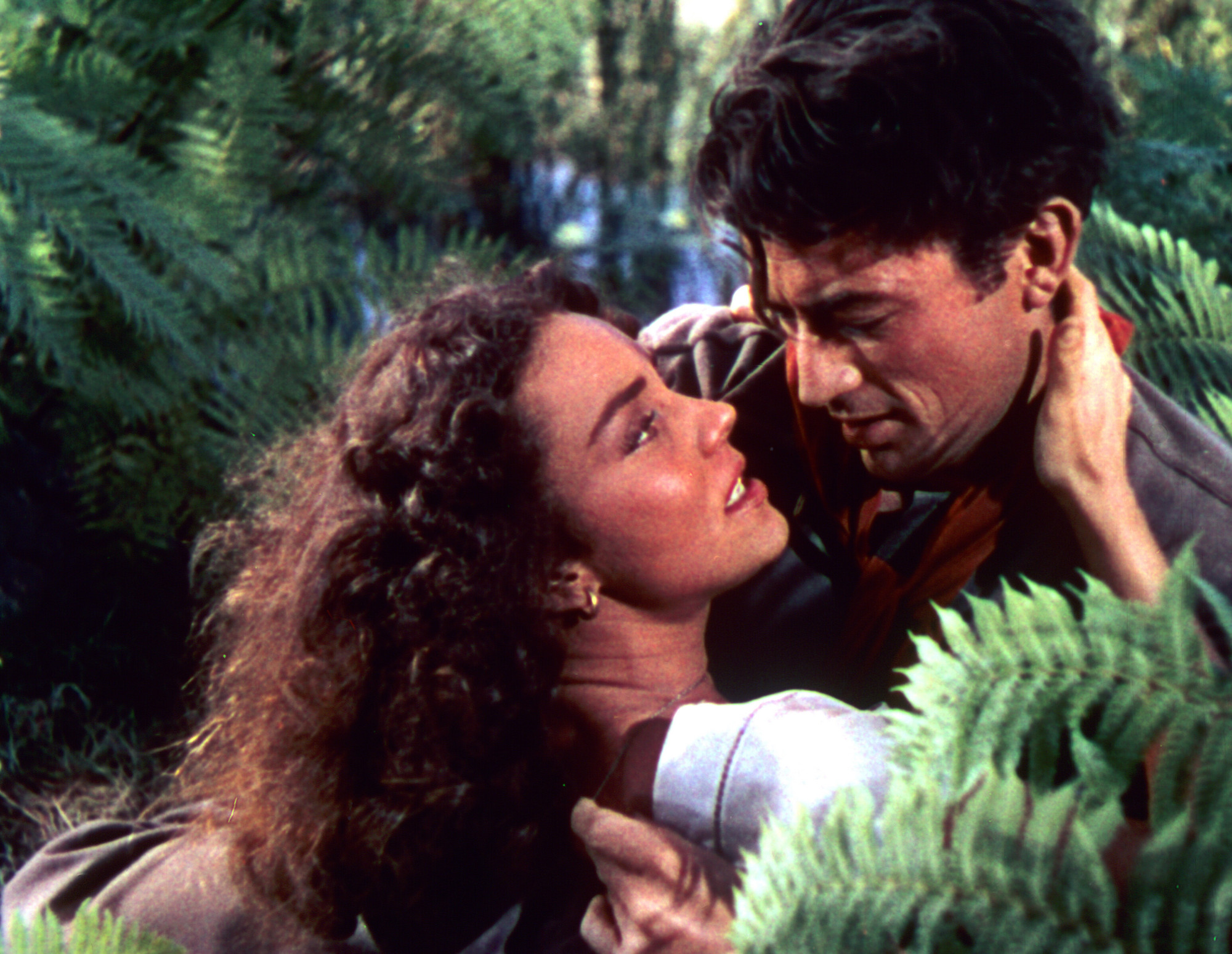 This campy, melodramatic western was envisioned as a follow-up to Gone with the Wind for super producer David O. Selznick. It was meant to become the highest grossing film of 1946, sweep the Academy Awards and turn saintly Jennifer Jones into a sex symbol. Rather than going the way of other Gone with the Wind wannabes, which tended to be long, stately, and dull, Duel in the Sun turned out to be a wild fever dream of a movie. Every scene is drenched in sex, Jones is giving an unhinged star turn and King Vidor is happy to let the Freudian psychological issues take center stage. The delirious, extravagant final scene elevates Duel in the Sun into the stratosphere of the greats. Two lovers who can’t live with each other, and can’t live without one another, end up engaging in a stand-off that ends with each of them fatally shooting the other. In their final moments, they crawl towards one another and have one final kiss. If that isn’t cinema, I don’t know what is. 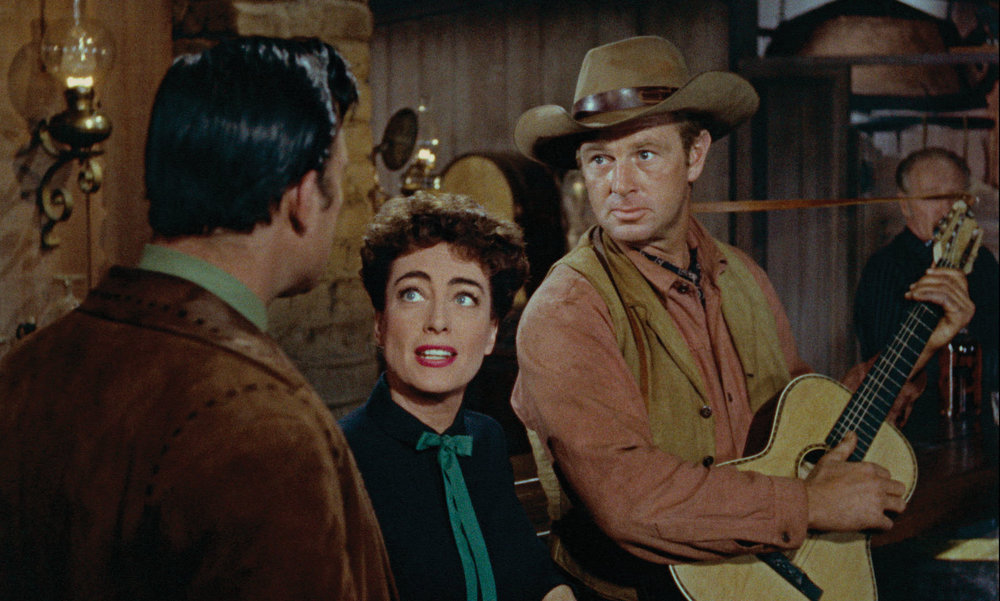 Johnny Guitar has the benefit of featuring a performance from the greatest movie star of all time. Whenever Joan Crawford shows up in a film, you know that she is going to command your attention and Nicholas Ray seems to be aware of the fact. He composes shots that remind you of what a singular presence she is. When she defiantly plays the piano in front of a shockingly red rock-face, it becomes impossible to turn away from what you are witnessing. The film constantly rides the line between being completely ridiculous and utterly brilliant. It takes more risks in its first ten minutes than most films take throughout their running time. If you’re looking for a western that breaks from convention and dares to do something fresh and new, this will satisfy your craving for originality. 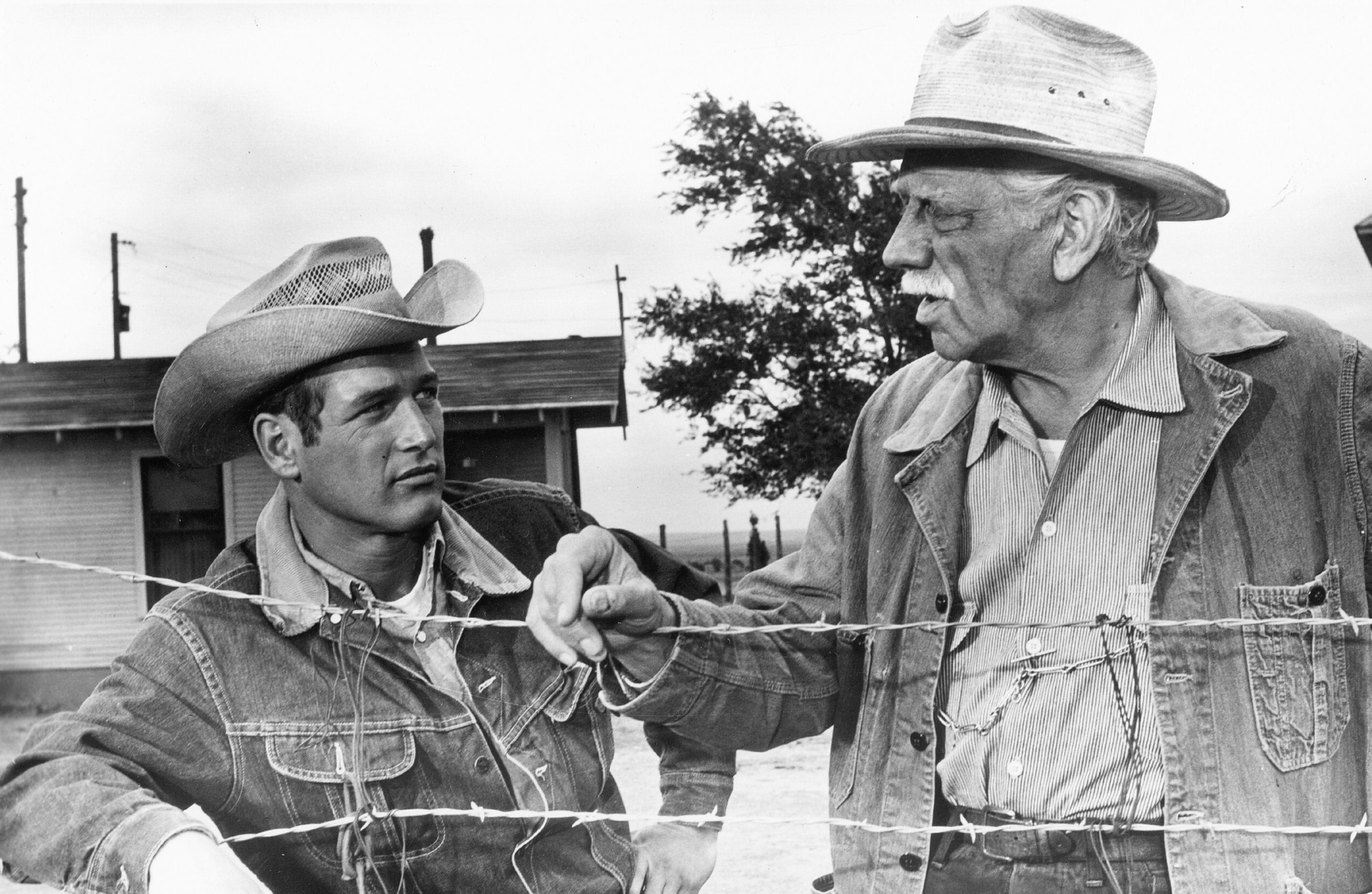 Hud isn’t a traditional western, in the sense that it feels more like a domestic drama than a fable about white boys riding horses and learning about the honorable way to kill other people. It very much feels like a literary adaptation and the crackling dialogue and spellbinding performances set it apart from some of its predecessors. Its hero is an immoral, dangerously charismatic young man who causes problems for the people around him. Paul Newman gives one of his finest performances in a role that allows him to weaponize his physical beauty and natural charm. He is matched by Melvyn Douglas and Patricia Neal, who are scarily convincing as victims of his character’s cruelty. The great James Wong Howe paints Texas as a harsh, unforgiving environment that breaks down emotionally sensitive, gentle-spirited human beings. It becomes a land of contrasts and while Newman looks at home on a ranch, his friends and family members are ill at ease in a place that asks them to lose all sense of moral uncertainty. It’s a beautifully constructed western that proved that the genre could evolve beyond gunfights and female characters who were barely able to speak. 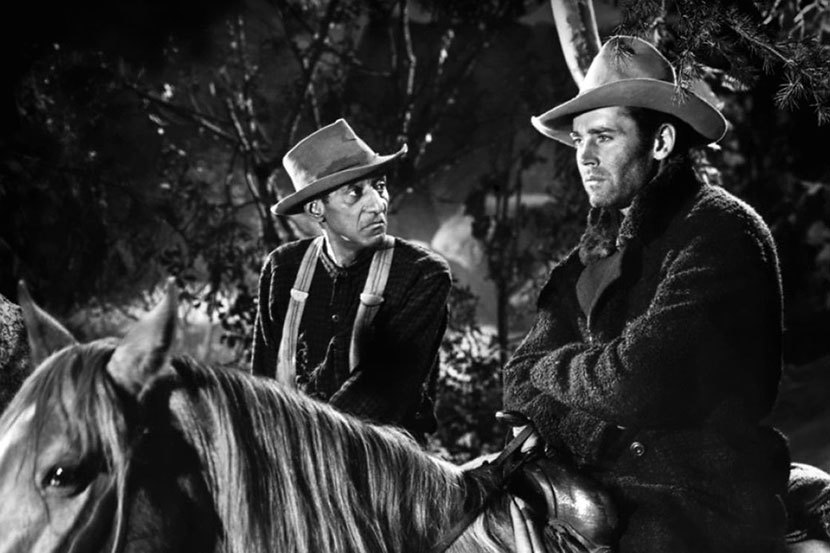 The Ox-Bow Incident is a classic morality tale and makes a strong statement against lynching and convicting people of crimes without evidence. It could have been a self-aggrandizing, heavy-handed prestige picture that was obviously hungry for Oscars. Fortunately, it was put together by William A. Wellman and he crafted a tight, fast-paced drama that doesn’t seem to exist purely so that the lead actors can pat themselves on the back for taking an interest in social justice issues. Henry Fonda gives a searing performance in the lead role, but never overshadows the other aspects of the production. Sometimes understatement and simplicity can make a point more effectively than bombast and histrionic screaming.

The Wind is a fascinating blend between an old-fashioned woman’s picture, a film noir and a western. Lillian Gish holds it all together with her canny, daring performance and Victor Sjöstrom’s direction allows the story to move beyond mere allegory. It moves at a slow, deliberate pace but once the intensity picks up, it is impossible to tear your eyes away from the screen. It plays around with genre conventions without seeming like a simple filmmaking exercise and it provides Gish with a role that allowed her to prove that she wasn’t just a touchingly naive ingenue. In a genre that isn’t known for providing actresses with meaty roles, The Wind stands out as an anomaly of sorts. 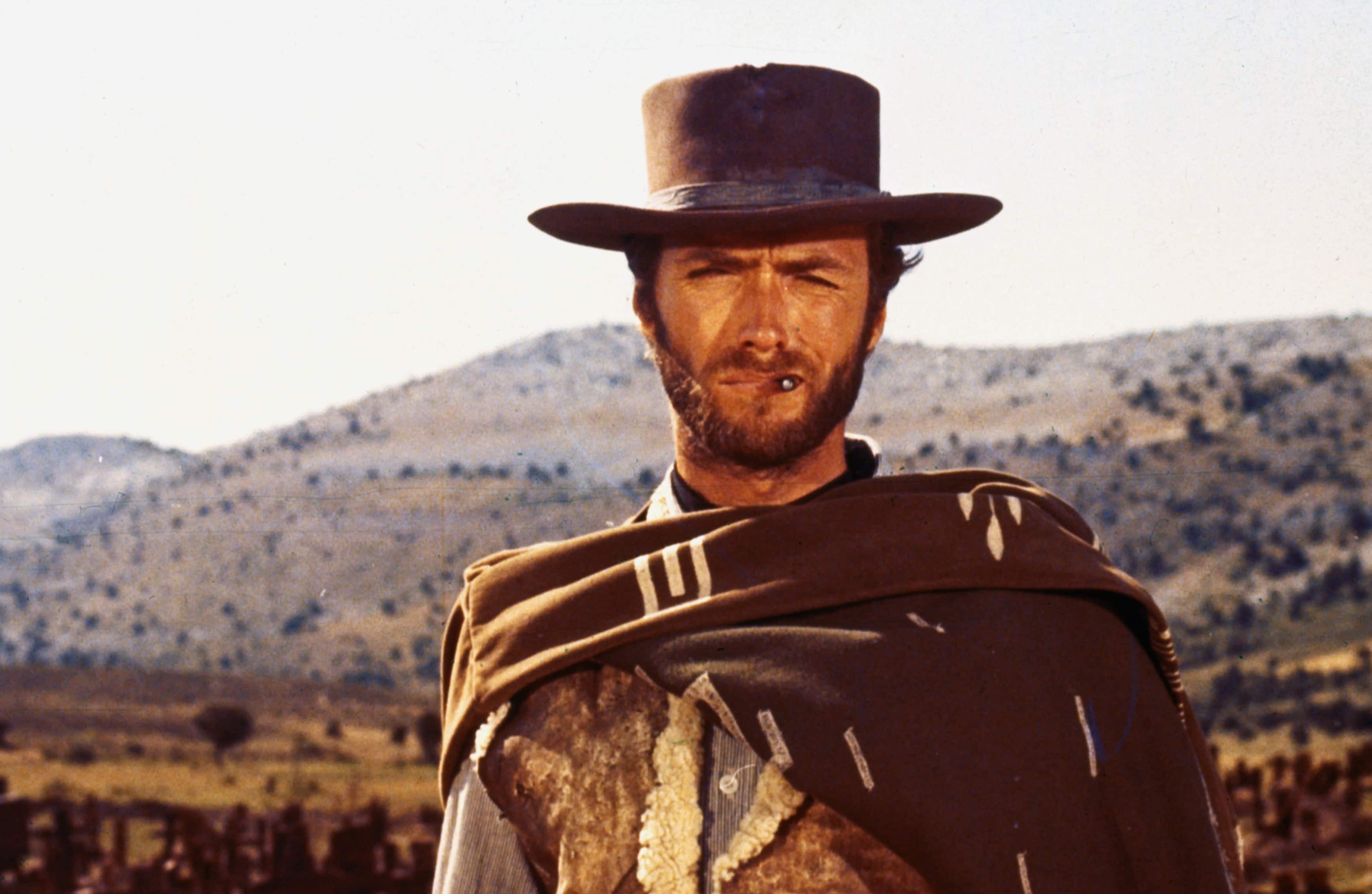 Some might balk at the fact that I don’t have this universally beloved classic ranked higher on the list. I was just as captivated by its blend of black comedy, beautifully staged action scenes, and epic storytelling as everyone else. It makes a case for Sergio Leone as a true artist and it slowly reveals itself to have real emotional heft when you begin considering some of the ambitious themes that Leone tackles. The Ennio Morricone score hasn’t aged a day and the stylized violence likely inspired scores of directors to produce similarly over the top action scenes. I can understand why it is held in such high regard and I count myself among its fans, but there are still a couple of Westerns that I admire more than it. 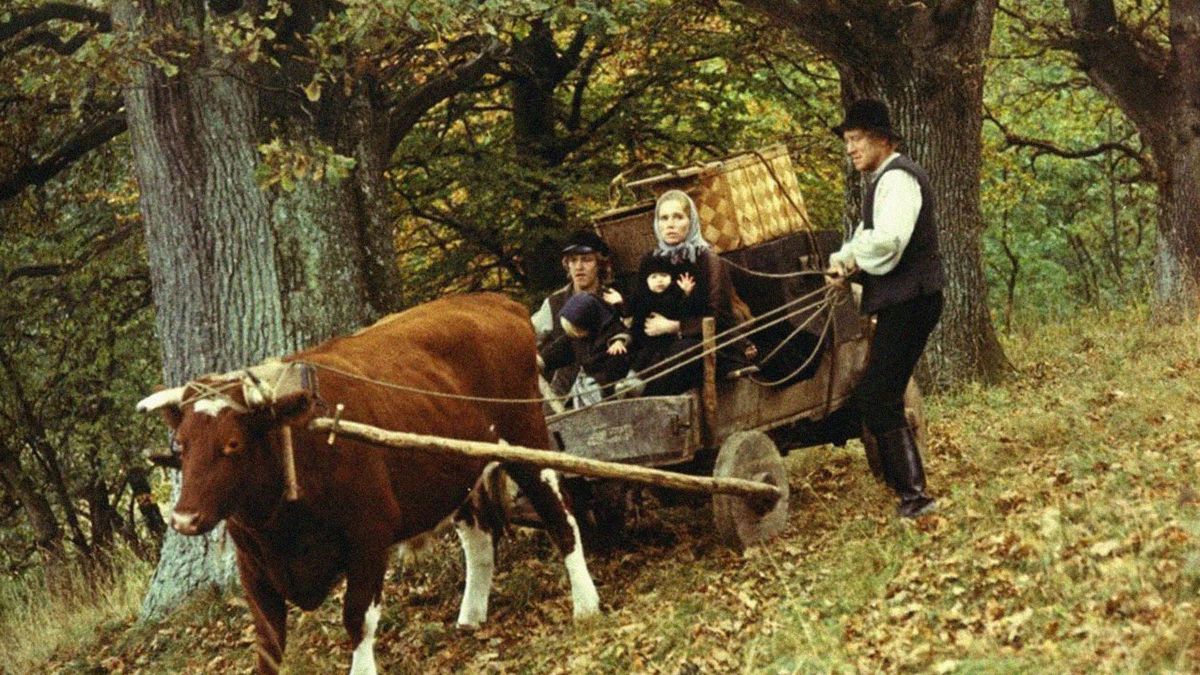 This Swedish literary adaptation serves as a sequel to The Emigrants, which is a masterpiece in its own right. Jan Troell and Bengt Forslund had their work cut out for them when producing a follow-up to a film with a towering reputation. They managed to succeed where so many other sequels fail. In terms of character development, Malickian focus on natural environments and experimentation with tone, it is almost unparalleled. It finds a way to explore new territory without alienating fans of the first entry in the series. It takes its time as it introduces you to sections of the United States that seem far too tranquil and idyllic to feature in a Western. If you’re like me and you can do without all the bloodshed and aggression, this one might be for you. 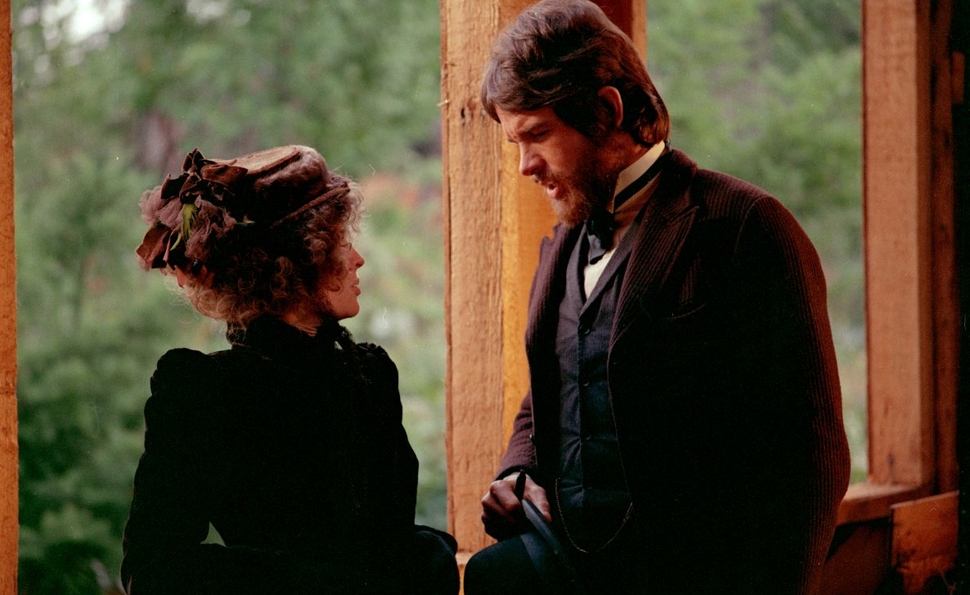 Robert Altman gave us a revisionist western which reimagines a manipulative, blandly handsome gambler as a dope who is in awe of crafty Julie Christie and unable to stand up against a mining company. McCabe and Mrs. Miller deconstruct the myth of the lone gunman who is capable of taking down scores of hired hands on his own. Big business will always triumph over an idealist who wants to go it alone and the most successful individuals are those who are always able to retain an air of mystery and an ability to adapt to societal changes. This is a western that goes all the way in tearing down myths about the idealism of the Old West and the supposedly honorable manner in which people treated one another. High Noon wimps out and lets its audience pretend that victims of McCarthyism would have been able to continue working in Hollywood if they shot down all of their enemies like Gary Cooper. McCabe and Mrs. Miller sticks to its guns and resists the temptation to turn Warren Beatty into a traditional hero.