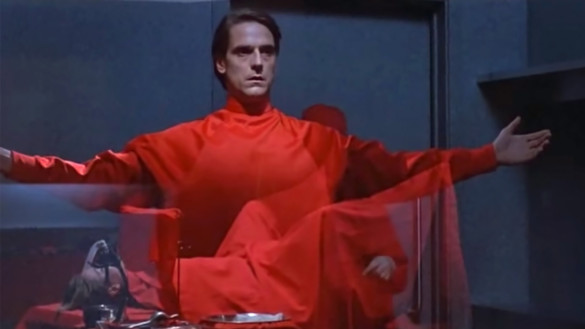 Here we are into May and still listening to the orders to stay-at-home. My home state of Florida is among the worst hit, so I kept on going up and down the platforms getting into new stuff. After all, it’s not just the Criterion Channel, even though there are some movies up here anyway. As we are erroneously told to drink and inject disinfectants, see protestors want their “freedom” back, and get used to the fact that this is a normal right out of Contagion we have to accept, the feast for my eyes, now constantly strained by watching the screen for a long time, still gives me pleasure and recommendations for what we can do to shave off boredom stuck in our homes. On the second month of lockdown, COVID-19 gave to me:

I had never seen the original although Isaac Hayes’ Oscar-winning music was a cultural piece of Blaxploitation. Ernest Tidyman, a white man who would win his own Oscar for the script to The French Connection, wrote the original novel before he adapted to the screen with Gordon Parks as director. It shows masculinity through violence as the private detective works to rescue the daughter of a Black gangster who has been kidnapped by the Italian mob. In context, the film encompasses the post-Civil Rights Movement feelings of being excluded in certain areas, so the black community had to make it in their way, and showed Black men as strong as whites, even with its misogynist tinglings.

Being the bad Catholic that I am, I had to see one movie of faith for Easter and it was Franco Zefferrelli’s three-part miniseries that I found to be feasible since I had not seen it, but was aware of the all-star cast it had. But even with the major names of Anne Bancroft, James Earl Jones, Ernest Borgnine, Stacy Keach, Ian McShane, Lawrence Olivier, Claudia Cardinale, and more, it is Robert Powell in the titular role that gives the life of the forenamed son of God a presence that glows from the start and evens up with the acting legends he stands beside. I actually prefer Powell’s Jesus than Jim Caviezel’s Jesus. It is an epic worthy of its 382 minutes running time.

It is not Superstar, based on the SNL skit featuring Molly Shannon. It is an illegal short film by Todd Haynes that has been a cult film because of its legal status. Before becoming a major director with movies like Safe, Far From Heaven, and Carol, Haynes was in New York working with his long-time producer, Christine Vachon, on various short works to build up the finding and credibility to move onto larger projects. Like Karen Carpenter, he was from Southern California, and his interest in following women in tragic circumstances started here with the singer’s untimely death from anorexia. First off, Hayes mainly uses Barbie dolls – yes, Barbie dolls – to represent the characters and intercuts with archive footage of their performances. Synthesizer sounds come in during scenes of duress, the documentary feel of the movie gets broken with sudden flashes, and inserted in are brief scenes of spanking. Why? No explanation. Just Haynes fucking with us? Maybe.

However, adding to its cult status was that Carpenter’s brother successfully sued Haynes for copyright infringement because of the unauthorized use of their songs. Thus, many copies of the film were taken away for destruction, but one good copy is with the Museum of Modern Art in New York, who agree to never show it to avoid being sued. I say “good” because the bootlegs survive in its rough videotape quality that can be seen on YouTube. No, seriously. This is a link right here and, by the time this piece is released, maybe it is taken down, but if not, enjoy this act of illegal viewing and civil disobedience about a truly tragic figure in music.

I could never find online or on DVD David Cronenberg’s acclaimed psychological thriller, but after stumbling across it on, “The Prime,” it turned out to be a magnificent vintage Cronenberg film and maybe his best of the 1980s. Jeremy Irons plays identical twins, Elliot and Beverly, both are gynecologists with a successful practice that share the same seduced women without revealing who is who, but then find their equilibrium splitting when one develops an attachment to a patient and becomes addicted to painkillers. As the other twin helps, the two go into a spin that ends in Cronenberg’s usual macabre finish. The body horror genre is his touch and he makes it beautiful, now going into another area that scrambles the mind of what can be made out of it. When Irons won his Best Actor Oscar for Reversal of Fortune just a couple of years later, he thanked Cronenberg.

Paul Schrader said what Taxi Driver was to him as a writer, this imaginative retelling of Japanese author Yukio Mishima is to him as a director. That is they are best works on both sides and it does act up as just a regular biopic. Using Mishima’s novels to build up his life and his conversion to ultranationalism, Schrader and his brother, Leonard (who co-wrote the script) make Mishima a man of conflicting ideals, a highly masculine man who saw Japan as weak and ashamed of its roots while also acknowledging his discreet homosexuality, something followers of Mishima has denied and kept the movie from being released in Japan. Above, Schrader talks about why he was interested in Mishima, as well as the legacy of Taxi Driver a decade after its release.

Right as this show came to a close, I started to watch the series from the start. While I’m not into the Christopher Guest/Eugene Levy films, as familiar as I was into Levy and his common co-star, Catherine O’Hara, I wasn’t if I’d follow it. But Eugene and his son, Dan, made cross-border magic both Americans and Canadians can share its love for. We’d probably have no sympathy for the spoiled kind we see on TV to lose it all without warning, as it happened to the Rose family, but to be reduced to living in an old, creepy motel in a small town with its funny name (like the real-life town Fucking, Austria – pronounced ‘fooking’) and even a more odd entrance poster is where comic gold comes from. And my favorite character of all of this is the motel’s owner/desk manager, Stevie. Watch the series, people.

Loosely based on the memoir by Deborah Feldman, it’s an emotional journey because of the radical break from fundamental Judaism into a new country, a new language, and an entirely liberating lifestyle. A teenage woman in an arranged marriage living in the ultra-Orthodox section of Brooklyn where Yiddish is the main language before English runs away and flies to Germany where her mother, who also fled the community, lives in. As she makes friends and experiences things never seen in her old neighborhood, her husband comes down to find her and bring her back. It’s only four episodes, but without making anyone the villain, they push out the intimate feelings and deep conflicts a religion can have for any individual born within it.

Eighty years ago, when Winston Churchill became Prime Minister and the Dunkirk evacuation saved the British army from... Read More »