Op-Ed: The Snyder Cut and the Rise of Toxic Fandom 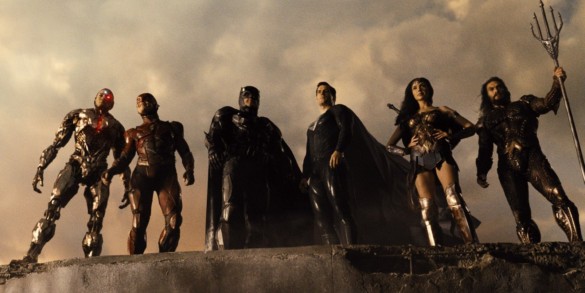 In LA right now, there stands a billboard which feels like it couldn’t have existed even at this time last year. It was not funded by any business, nor corporation looking to advertise its wares. It isn’t warning of any dangers to public health, nor does it tell you that the best burger in the country is conveniently located just five miles southwest. It doesn’t want your money. Instead, it was paid for entirely by ordinary people. Fans of a popular franchise. The point of the billboard is not to raise awareness of a new movie, but rather to ask something of a movie company called Marvel.

For Our Beloved Hero, it says, emblazoned in white letters aping the very style of the company it’s appealing to, Please Bring Back Tony Stark. And underneath, the chaser – a hashtag, the emblem of our times. #BringBackTonyStarkToLife.

In 2017, Zack Snyder left the DC movie Justice League after suffering a heartbreaking personal tragedy. He was replaced by comic book auteur Jos Whedon, who cobbled together the rushes of what Snyder filmed and added some flair of his own. The finished result – called Josstice League by some salty fans – was derided as tonally uneven, bewilderingly complex, and insultingly boring for a movie of its stature. The blame in the fan community lay squarely with Whedon. He didn’t understand the DC culture, tried to add humor where it wasn’t appropriate or necessary, and crafted a narrative that made barely any sense. The answer was obvious: Zack Snyder had to return and finish what he started.

Thus the hashtag #ReleaseTheSnyderCut was born. Fans rallied en masse to demand DC hand the reigns back over to Snyder and allow him to finish the movie the way he had intended. This did have some positives – the fans managed to raise $500k for suicide prevention in honor of Snyder’s late daughter Autumn – but there was also a lot of toxicity: fans berating each other, and threatening studio executives on Twitter whom they believed were standing in the way of the Snyder cut. Even Wonder Woman director Patty Jenkins and Batman director Matt Reeves got caught in the crossfire. It all led to WarnerMedia Studios CEO Ann Sarnoff declaring her disappointment in the fans for their behavior.

And yet, this behavior was eventually rewarded. Likely sensing there was money to be made, Warner Bros invested a reported $70 million into reshoots as Snyder was finally allowed to make the movie he had planned all along. Releasing the 4-hour movie on the new streaming service HBO Max was a shrewd plan, as it allowed a wider awareness of the service and likely brought with it a whole host of new viewers at $14.99 a month. While it remains to be seen whether Warner Bros will make their money back, they have at least sated the millions of fans clamoring for this to happen. But at what cost?

For those of you unaware, the character of Tony Stark – played by Robert Downey Jr since 2008 throughout several Marvel movies – was killed off in a heroic act of selflessness which saved the universe. His death marked an endpoint for a series of movies which had all started with him. It felt right, almost poetic. His death meant a new beginning, a rebirth for the Marvel Universe. Add to that, Robert Downey Jr himself had expressed a desire to end his tenure as Iron Man and move on to a new phase in his life. One can hardly blame him.

So why now? Three years after the events of Endgame, where Stark saved the world and lost his life, why do fans suddenly feel the need to demand his return? The answer feels simple: the door has been opened for fan movements to demand what they want, sensing the studios will bow to the pressure in order to protect their revenue streams.

You can understand the studios’ fears: Captain Marvel was the victim of a movement to tank its Rotten Tomato scores after a legion of (what one assumes must be) insecure men took to the film aggregate site and deliberately marked low scores to deter people from watching. The all-female Ghostbusters movie fell victim to a boycott after fans of the original claimed it was cultural appropriation born from political correctness.

This cultural narrative of assumed privilege is toxic and harmful to the movie industry. For after all, who would want to take on a project where the slightest error could earn the ire of millions and millions of fans? Fans who take to conventions every year to argue in detail about why their preferred Star Trek captain is the best, or why this particular issue of Superman had the best artwork of the whole run.

The problem is now these toxic fans have been emboldened by studio acquiescence. Releasing the Snyder cut has sent a message that this behavior can and will be tolerated. It invites further toxicity in the hopes of retaining finances. It’s in Paramount’s decision to overhaul the CGI on Sonic the Hedgehog after the initial trailer led to widespread fan backlash. It’s in LucasFilm’s damning silence during the racial abuse hurled at Kelly Marie Tran and John Boyega after The Last Jedi. The voices dominating the culture appear to be the ones harassing studios and actors, the ones threatening to pull their support if the movie doesn’t meet their exact specific requirements. Addressing these concerns has the effect of then legitimizing them. Imagine that in any other movie culture. Imagine fans of this year’s Oscar winner Nomadland demanding Chloe Zhao reshoot the movie to include a different company other than Amazon? Imagine a campaign to have Emerald Fennell change the end of her movie Promising Young Woman because they weren’t happy at the fate of Carey Mulligan’s Cassie?

Consenting to the whims of toxic fans who just want their way has one specific problem: they will always want more. It may start with a billboard asking for the return of a beloved character, but where will it end? If we deify the Snyder cut, are we then deifying the legions of fans whose campaigns of harassment and bullying led to it? If we reward the cult-like behavior of geek culture, what will be the future of Hollywood? And, more importantly, what will it say about us as a society that we allowed the most toxic and bitter of us to have such a loud voice?