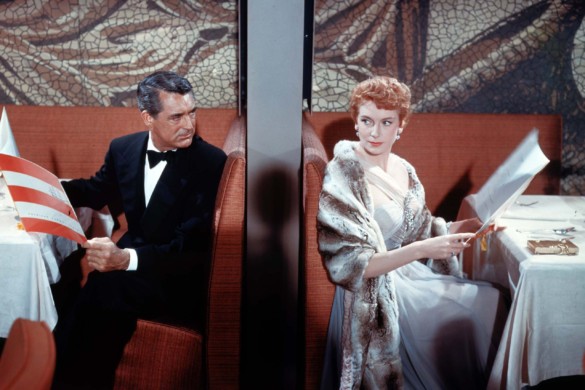 That was what attracted me to this 1957 melodrama when I first sought it out and that was why I was so eager to return to it in 2021. It has a plot that almost everybody is aware of and I almost feel like a fool actually repeating it for you.

If you’ve been living under a rock, the film concerns an affair between engaged singer Terry McKay (Deborah Kerr) and engaged celebrity painter and ladies man Nicky Ferrante (Cary Grant). They meet on a ship and quickly fall in love. Their romance is hindered by the fact that neither of them can hold down a job. They want to continue living it up but need to have the funds to maintain their lavish lifestyles. Before they leave the ship, they agree to meet up again in six months, atop the Empire State Building. Their plans are thwarted when McKay is faced with an unspeakable tragedy.

My problems with this film are twofold. Firstly, Grant just doesn’t bring any charisma to his role and I fail to see why women would be falling over themselves to date him. In all of his 1950s films, he plays debonair, orange-skinned men who sweep twenty-year-olds off their feet. He looks like a middle-aged man who spends too much time in the sun and yet he’s meant to be irresistible. It just doesn’t make sense to me. I might understand it if he were exceptionally funny or even just friendly. He is neither of those things, as he spends most of his time seeming vaguely annoyed with his leading ladies. Maybe women were just meant to project all of their romantic fantasies onto Grant and he was supposed to be a bland blank slate that wouldn’t turn any of them off. Sadly, he’s too unlikeable to even have that effect and I frequently wanted him to look a little less self-satisfied. He shouldn’t have been presented as some great catch when he really wasn’t in the league of any of the women that he was chasing.

My second big issue with the film is that it does not have a great deal of depth. The truly great films about affairs, such as Brief Encounter (1945) and A Touch of Class (1973), are able to point out that people have affairs for reasons beyond love and lust. In Brief Encounter, Laura Jesson wants to escape from the monotony of day-to-day life as a middle-class housewife. Her affair gives her the feeling of being independent and slightly naughty for once. She can savor that feeling when she’s sitting through a dull Sunday afternoon with her disinterested husband. Ultimately, her dissatisfaction with her real life is so great that she considers committing suicide. An Affair to Remember has extraordinarily simple ideas on its mind. McKay and Ferrante fall in love because they are attractive and their real partners have little in common with them. They have very few deeper frustrations and all of their big problems will be solved if they can just be together. This lack of depth means that the ending doesn’t hit as hard as it really should. 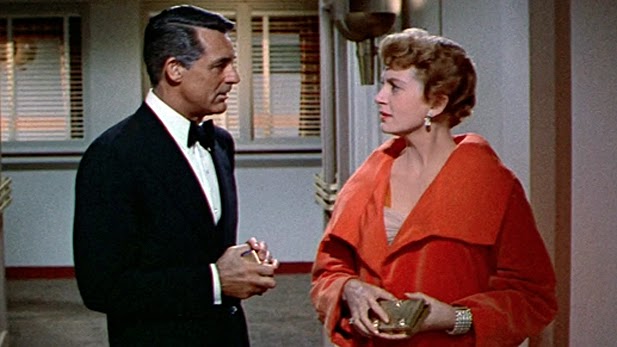 Those are the factors that conspire to make this an unsatisfying film. There is so much beauty on display and McCarey occasionally shows off some sleight of hand as a director, but you get the nagging feeling that there just isn’t anything there. Perhaps that feeling could be overcome if this were more of a comedy and less of a drama. I think the script would need to be retooled and some recasting would need to take place if this were to enter into the pantheon of masterpieces about infidelity.

It’s better to embrace this as pure Hollywood fluff and avoid treating it like a serious piece of art. Everything in this world is artificial and you have to accept the fact that McKay only ever wears couture evening gowns. There is something intoxicating about this fantasy and I was completely enraptured by it whenever Kerr would lip-sync to a song in one of her satin gowns. McCarey also succeeds in building up the ship as a character in itself. We get frequently establishing shots of it and it appears ethereal and glorious as it effortlessly coasts through the waters of the South of France.

This film serves as definitive proof that Kerr makes absolutely everything better. I wasn’t a fan of Love Affair (1939) when I last saw it and An Affair to Remember stays pretty true to the formula set up by its predecessor. Sure, now it’s in glorious Technicolor and the dialogue is different, but it still hits on all the same plot beats. The secret sauce that makes it so much more engaging than that miserable slog of a weepie, is its luminous leading lady. She displays a delicate touch with comedy, a unique way with words and astonishing loveliness. Through the slightest shifts in tonal inflection, she turns McKay into an achingly vulnerable woman. She elevates suffering glamorously into an art and succeeds where Greta Garbo failed in the 1930s. This is a flawed, shallow piece of melodrama, but never let it be said that it isn’t worth seeing for Kerr alone.

So, I wouldn’t place it on a list of the greatest American romantic films, but I would urge everybody to acknowledge Kerr’s greatness as a movie star.