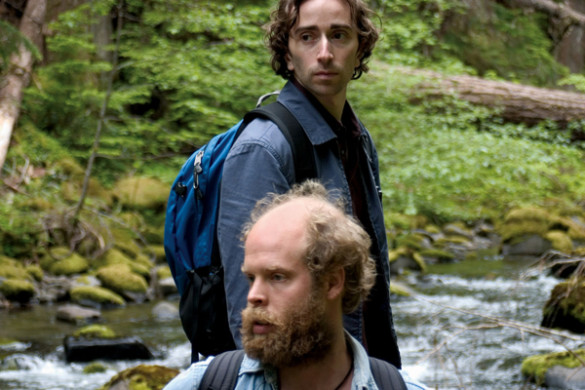 Now, as we enter the last 31 days of 2019, as well as the last of the 2010s, Criterion has in store four new works, harking back to 1933 and through to 2006. A woman brought into the darkness of society, a thriller on the Scottish Highlands, a sci-fi epic, and a road trip complete Criterion’s releases of the collection.

It is one of those pre-Hays Code films that is cited as to why there were restrictions on what movies could show because of the portrayal of a fallen woman. In this case, the titular character comes from a noble family, gets involved with the wrong man, and is pimped into prostitution. The climax at the end, compared to William Faulkner’s actual depiction in the novel it is based on, angered conservatives, Christian organizations, and temperance groups that it is among the first rape & revenge films of its kind, forcing movie studios to follows the new strict guidelines which wrapped Hollywood from the 30s to the 60s.

Alec Guinness plays the commander of a Scottish battalion in post-war Britain, one who the soldiers respect for being a lot like them, only to butt heads with an incoming, by-the-book, and bullish replacement played by John Mills. The battle of wits plays out in the barracks until the shocking end, but the bagpipes play on with every moment the regiment does. It is one of British cinema’s underrated films in the era; outside of an Oscar nomination for Screenplay and multiple BAFTA nods, Tunes of Glory is overlooked as a working examination of the military class system than in society.

Following his highly successful Wings of Desire, Wenders finally got to make this project he had conceived back in the seventies as the ultimate road movie. His sci-fi film, presented in Wenders’ 287-minute Director’s Cut (you thought The Irishman was long), follows a woman who seeks out someone who has the power to make art into real life and cure the blind. With William Hurt, Sam Neill, Max von Sydow, and Jeanne Moreau, Wender’s epic, poorly received upon release, has been reevaluated as an underrated masterpiece getting its dues finally.

Kelly Reichardt has been a major indie film player and one of the most notable female directors in the last twenty years. Her second film follows two friends on a camping trip as they find out how much they have changed as one remains a nomad and the other has gotten married and a father-to-be. Made for $30,000, Reichardt’s sophomore effort continued to show her tight-knit ways of exploring the friendship dynamic away from the city and followed it up with more brilliant, low-key works that have defined her career.

Next up, the first films of the 2020s in January – also my 30th birthday. But first, a final word…for the 2010s, that is, not of this wonderful blogging thing we all love to do.

The first thing is to thank JD Duran for being gracious in letting me go old school with the promotion of movies and not follow the current line of new releases. He was happy to get me because he wanted to diverse InSession Film’s content and I am glad to do so. The same extends to Brendan Cassidy, Ryan McQuade, Aaron Charles, Kate Boyle, Daniel Brilliant, and everyone else who I probably have missed. Then, there’s the rest of the Film Twitter family who likes to link up with us and share my stuff and others; the list is too long there. It amazes me that I started doing this a year and a half ago. I’ve made more friends on Twitter just through movies than complaining about the political scene where I used to languish in for a headache about Trump, Brexit, and every small policy. I wish I started getting in years earlier to have longer connections than now. But it has been an amazing ride that I hope lasts longer as we enter the 2020s!