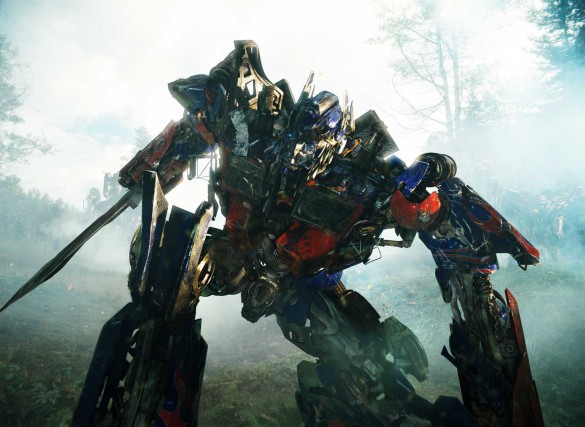 Synopsis: Sam Witwicky leaves the Autobots behind for a normal life. But when his mind is filled with cryptic symbols, the Decepticons target him and he is dragged back into the Transformers’ war.

INTRO
While Transformers: Revenge of the Fallen has received major criticism since it’s release, it must be noted up front that the script was written in two weeks and production was tight due to the 2008 Writer’s Strike. That would’ve been tough for anyone and is worth noting.

DIRECTION
Michael Bay is back at it again and while Transformers was a descent debut into the franchise, Revenge of the Fallen is much more of a mixed bag. Because of a tight production, Bay re-hashes several shots from the first film as well as some audio cues, which could’ve just been a lack of time. Either way, it comes off a little lazy. The place where Bay stumble’s the most is, once again, his comedic chops are probably worse here than the first Transformers. Much of the blame goes to a terrible script, but the humor isn’t well executed except for the scenes involving Sam’s parents. The action sequences however are just as fun and exciting as the first one and the CGI is much more fluid. The forest battle is arguably the best action sequence of the entire trilogy. The audio production is terrific and the score he gets from Steve Jablonsky is amazing as well. Overall, Bay makes the action fun and exciting and it’s more fluid, despite The Twins being racist, which was pretty bad.

SCRIPT
Well…where do you begin? The script is pretty awful and full of plotholes that at times makes zero sense. The jokes are even cheesier than the first film, although the humor with the parents is pretty entertaining. The overall premise could of worked but the villian aspects are never fully explained. The Fallen more or less shows up out of nowhere with a plan to destroy the earth that will leave the average fan at a loss. We’re also introduced to new characters that once again aren’t explored well giving you nothing much to grab onto. Sam’s roommate Leo especially needed to be edited out of this film. For fans of the franchise, there’s still a good sense of Transformers fun, but overall, this is a huge mess in terms of narrative.

PERFORMANCES
Shia LaBeouf is more or less the same here as he was in the first but on a more crazy level. His brain has been infected by a Cube sliver he finds, which makes him liable to just go crazy at times, which is something he knows well. Given how the character is written, he does a find job. Megan Fox is Megan Fox, however she is ever so slightly better here than in the first Transformers. John Tuturro is on another level of crazy as well, which was fun at times though. Josh Duhamel and Tyrese Gibson are under-used here, but offer much of the same. Peter Cullen and the voice actors steal the show, as they should in a film like this. And once again, Julie White is just awesome as Sam’s mom. I could watch a whole movie just on that character alone.

SCORE
Steve Jablonsky’s score is still the best part of the film and the best part of this franchise. The score for Revenge of the Fallen is more intense, has more drum use and adds a huge layer to the action elements. Jablonsky is brilliant at including the main theme from the first film as well as embedding music from Linkin Park too. He also uses different themes for Optimus and the Primes, which help elevate those moments, which needed to stand out in a film that’s so diluted. This score, like the first film, is really great.

FINAL THOUGHTS
Transformers: Revenge of the Fallen is an extremely flawed film that re-hashes the same shots and didn’t know where to take it’s story. That being said, they were forced to rush the production and script, meaning that Paramount set this film up to fail from the beginning. However, despite all of that, the film still has some great action sequences, which is fun and entertaining for what it’s doing. If you just want to see Autobots and Decepticons fighting each other and don’t care about plot, then this film still delivers on those levels.