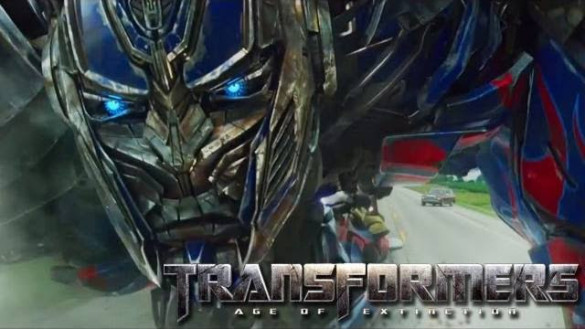 Synopsis: A mechanic and his family join the Autobots as they are targeted by a bounty hunter from another world.

DIRECTION
First off, the fact that this film is two hours and 45 minutes means there is no way can Michal Bay’s direction is any good. The movie is tolerable till about the point when Optimus is tracked down in Texas, then the story-line begins to stretch out every single scene. Every car chase is longer than it needs to be, every action scene is longer than it needs to be and between it all we are force to care about the interactions of the Yeager family. The film easily could been scaled down about 45 minutes and Michael Bay I’m available if you need some help next time around. I would have removed several of the melodramatic scenes between the humans and removed about half of the fight scenes that were meaningless and added nothing in depth to the film. Godzilla was successful in my opinion because it was able to use people merely as the perspective and Transformers would have been more exciting had either the humans or the Transformers been the perspective. Do you always hear your friends complain about how their new baby wears them out? If so by watching this film you will understand exactly how they feel because this film well leave you physically drained by time’s end.

SCRIPT
Since this is a Transformers movie, of course the script was expected to be mediocre at best. Screenwriter Ehren Kruger simply did not disappoint on that promise as this movie probably had the worst script of all the Transformer movies. Age of Extinction takes place four years after the events in the last film and the Autobots and Deceptions are merely an afterthought. An CIA unit named, “Cemetery Wind” led by Harold Attinger (Kelsey Grammer) is intent on riding the world of Autobots with the help of transformer bounty hunter, Lockdown. Cade Yeager (Mark Wahlberg) is a struggling robotic inventor and single father to the beautiful yet willing to get dirty teenager Tessa (Nicola Peltz). Cade buys an old semi-truck and later finds out it is actually Optimus Prime. Cemetery Wind and Lockdown travel to Texas to catch Optimus Prime and the Yeager’s are rescued by Tessa’s boyfriend Shane Dyson (Jack Reynor).Optimus and the remaining Autobots (Bumblebee, Hound, Drift, and Crosshairs) are set out on bringing down all people responsible for slaying the Autobots.
Cade learns that Kinetic Solutions Incorporated (KSI), headed by Joshua Joyce (Stanley Tucci) is building his own Transformers. Cemetery Wind and KSI want to rid the world of transformers by using a transformer (Lockdown) in order to create transformers. Sounds stupid right.

Several issues that ruined this film were: Several of the humans get tossed around like a terrible Michael Bay film (woops) and do not die or do not even suffer any broken bones? How the hell can Bumblebee and Hound take on like 50 deceptions on their own? How the hell is a giant spaceship able to sneak up on people? The biggest flaws come from the Autobot leader himself in Mr. Optimus Prime. In this film Optimus is ready to kill the human responsible for the death of his comrades. This is all fine and all but this is totally out of character for Optimus Prime. Speaking of Optimus Prime, in the end he leaves earth via rockets. WTF? You were in several situations in thus film the rockets could have helped the situation and cut down the damn running time for this movie. The absolute biggest script issue is the handling of the damn Dinobots. The “legendary warriors” as they are called are only in the last 30 minutes of the movie and by the time they appear you simply do not care. The Dinobots do not say a word and they are pretty much useless except of course to sell toys. Grimlock you are a badass and you do not deserve this treatment and I suggest that you call your agent.

PERFORMANCES
The human characters had zero depth and there was scene that validated an adult dating a minor that was very odd. Mark Wahlberg takes over for Shia as the human lead and he did a decent job playing the role. The only other performance worth mentioning is Stanley Tucci performance as the KSI leader Joshua Joyce.

SCORE
Steve Jablonsky’s score is easily one of the better parts of the film. While it’s different than the first there, the music adds some nice touches to the action and blends in music from the Imagine Dragons, which was pretty good. It’s not Jablonsky’s best work, but it more than serves it’s purpose among the rest of the film that’s just….well you know.

FINAL THOUGHTS
Michael Bay does do a few things great with the special effects and action scenes. If you only care about robots fighting each other and care about nothing else than this movie is for you. If you care about all phases of a film than you will regret watching this disaster of a film that is entirely too long. I will leave you with this: One supporter I know of this fan series says that to go into a Transformer movie expecting a sensible plot or character development is pointless. Furthermore, to criticize this film based on those facts is unjust. You cannot say this about this film and then hold different films to different standards because you are a fan. I am a huge comic book guy and I hold those views to a high standard, but I still judge the film like another film.