Movie Review: The Way, Way Back is incredibly moving 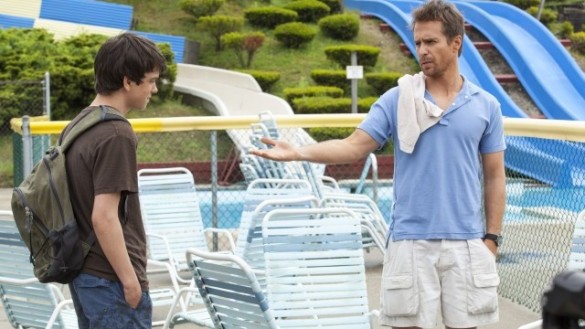 Synopsis: Shy 14-year-old Duncan goes on summer vacation with his mother, her overbearing boyfriend, and her boyfriend’s daughter. Having a rough time fitting in, Duncan finds an unexpected friend in Owen, manager of the Water Wizz water park.

DIRECTION
Well to start, The Way, Way Back is one of the best films so far in 2013. The duo of Nat Faxon and Jim Rash were incredible here bring us a movie that is powerful, moving and a ton of fun. While this theme as been explored many times before, it’s the journey along this path which makes it fun and interesting and this journey is a lot of fun. The movie is shot really well and explores relationships in a pretty interesting and engaging way. On some sort of level, there is at least one (probably more) character that is easy to relate with, especially in today’s world and the direction made it easy for you to experience that. The camera work isn’t stand out worthy but you understand the aesthetic and it’s the relationship dynamics that are captured brilliantly.

SCRIPT
The movie is about a young boy, Duncan, who is in his early, formative years as a teen and he’s learning who he is and what is identity is going to be. And this is something every boy goes through at some point in his life which makes Duncan relatable on some level. While our stories may not resemble his life at all, what makes Duncan great is the underdog factor. He’s not a popular kid and he’s not the “cool kid; you know something we’ve seen a thousand times before. But like I said, it’s the how and why in the journey that’s awesome, not the vehicle that gets you there. And Duncan’s journey is filled with escapism, wanting acceptance, love and somewhere to fit in. And he finds all of that with Sam Rockwell’s character, who is the manager of a water park in the town that Duncan’s family is staying at for the summer. It’s here Duncan finds his confidence and “his own path” that starts to set him free. In the middle of that, is a girl who is cute, adorable and also looking for escapism which leads to her attraction to Duncan. While not something likely, the two have amazing chemistry and the relationship formed leads to some amazing and fun screen time. Duncan’s relationship with his mom’s boyfriend (Steve Carrell) is a hindrance and becomes a burden for both Duncan and his mom which leads to some interesting questions and more importantly, choices. This is a coming of age tale that is fun, entertaining and likable on so many levels. An incredibly rich story.

PERFORMANCES
Let’s start off with Liam James as Duncan. James’ performance is either brilliant or not great. His dialogue is delivered so awkwardly and his expressions or movements mimic the same awkwardness. The thing is, that’s who his character is at the core of this story. He’s a weird, young teen, who has a hard time making friends, let alone getting girls or being “cool”. And at times with the deliverance of that, it can come off as bad acting because it is weird and awkward. Some though, may call it brilliant and I think I’m in that ballpark. However, Sam Rockwell steals the show here. He’s hysterical in what is perhaps his best role ever. Everything he does is funny, perhaps off the cuff, and brings a dynamic to this movie that just puts it over the top. The way he plays off as the silly manager who doesn’t take anything serious is perfect and yet, he’s serious when he needs to be. Steve Carell doesn’t make a single joke the whole movie, can you believe that? He’s the untrustworthy boyfriend who makes bad decisions and is not very likable. Yes, that Steve Carell. He’s really good at it too. All the other supporting roles are great as well for the most part aside from some of the younger teen female parts that came off cheesy and stereotypical but it didn’t detract from the film too much.

SCORE
Rob Simonsen’s score is pretty good actually and is very appropriate for the story that we’re wrapped up in. It’s fun and energetic while in the background when it needs to be. It’s not overbearing and in the end it won’t be memorable but when you’re in the moment, it’s a good, fun little jam.