Movie Review: ‘The Mule’ is a simple story that lacks dimension 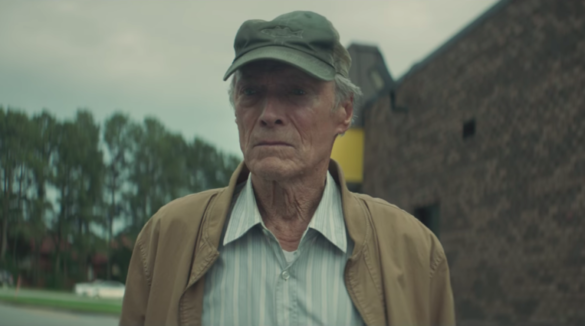 Synopsis: A 90-year-old horticulturist and Korean War veteran is caught transporting $3 million worth of cocaine through Michigan for a Mexican drug cartel.

Although beautifully shot and gracefully acted, Clint Eastwood’s latest film, The Mule, falters with story and character.  The Mule is the story of an aging veteran, Earl Stone (Clint Eastwood) who, through chance and desperation, becomes a successful drug smuggler.  He is stubborn as a mule and embraces that stubbornness wholeheartedly. Earl ventures deeper into the world of the drug cartel, while his family seeks his attention and affection.  As the story progresses, two DEA agents (Bradley Cooper and Michael Peña) provide filler and often their appearance seems distracting and obtrusive. Through Eastwood’s minimalist style, the plot is laid forth and neither surprises, thrills, nor entertains.  In the long run, the only cargo The Mule transports is one-dimensionality and unearned redemption.

Earl Stone is a successful horticulturist.  His flowers have won him awards and his life revolves around his work.  He is a curmudgeon, a narcissist, and a racist. After his business crumbles, Earl becomes enamored by a new career path: drug mule.   Earl maintains little to no redeemable qualities and the film seems to have no issue hanging the whole story on a character who is almost impossible with which to sympathize.  Earl grasps to the perceived betterment of the past. No technology, no filter, and a time when young people weren’t on their damned phones all the time! These small moments creep up in the film often.  Whether to scold millennials or to shine a light on simpler times, Eastwood’s message comes off as uninspired and lost.

Moments of racism and misogyny are utilized in The Mule for levity.  If the film presented some sort of purpose for them, these moments could work to better understand Earl as a character, but instead, they lack nuance and come off as a message from Eastwood himself, rather than part of the overarching film world he is trying to construct.  This creates a one-dimensional world that seems more unreal than real due to its lack of plasticity and undefined message. Earl’s family consists of his ex-wife (Dianne Wiest), his daughter (Alison Eastwood), and his granddaughter (Taissa Farmiga). Each woman inexplicably remains attached to Earl.  Even though he has disappointed and angered them over the years due to his penchant for personal and occupational accolades, somehow, they still crave his attention. The film takes terrible pains to try to make a reunion happen. However, Earl is only out for himself and rarely does anything for others that do not have a personal benefit to himself.

When Earl finally does slow down and give his family the attention that the film believes they deserve, it is completely out of place.  Unfortunately, Earl has irredeemable qualities and does not warrant any positive affections from his family or anyone else in the film. The story gets lost in a model of redemption that never emphasizes why the character deserves atonement.  Earl does not resort to smuggling drugs to help others; he does it to receive praise from others: funding part of his granddaughter’s wedding so that he can be seen as a hero, preserving the VFW hall so he can bask in glory at a party thrown for him, etc.  If the film is attempting to show Earl as some sort of philanthropist who gives for the betterment of others, it does not come through. His good deeds are always shown in praise of him, not the deed. In this way, Earl does not merit redemption. His narcissism is irreconcilable and the confusion in the story and character development is palpable.  A once deft and nuanced storyteller, Eastwood is now a man who follows a formula, a formula that never introduces or resolves anything properly. However, the film is beautifully filmed, and Eastwood’s eye for minimalist imagery is still as taut as ever. In a film that mostly takes place in the cab of a truck and in rundown hotels, The Mule is surprisingly photogenic.  Unfortunately, the beauty of the film is not enough to save it from the lack of dimensionality.