Movie Review: The Heat is a great take on female buddy cops 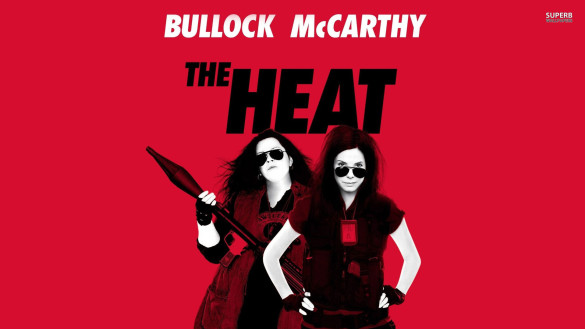 Synopsis: Uptight FBI special agent Sarah Ashburn is paired with testy Boston cop Shannon Mullins in order to take down a ruthless drug lord. The hitch: neither woman has ever had a partner — or a friend for that matter.

DIRECTION
The Heat is an interesting take on the buddy cop genre that that is mostly dominated by male leads but in this case we have two female cops, one FBI and one local Boston Police. Paul Feig does a great job of letting his female leads just go for it and he edits it brilliantly. While his story is dry and done before, Feig is an expert of getting great performances and bringing life out of the story that’s entertaining. Every scene has purpose of bringing laughter and even in some cases some good emotion. The music choices he uses compliment the story and are funny in the context of the situations. This isn’t Feig’s best work but it’s one that is worth the watch and will bring you some laugh’s. It’s a great movie with two female buddy cops who you don’t work well together that eventually find their way and the way Feig plays with that is amazing.

SCRIPT
The story here isn’t great by any means and it’s a story we’ve seen 100 times over. Sandra Bullock plays an FBI agent who takes herself very serious, has an arrogance about her and it drives everyone close to her away. On the other hand Melissa McCarthy is an Boston Policewoman who does whatever it takes to get the job done including bending the rules a little bit. They both find themselves on the same case through some manipulation by McCarthy and thus we have our buddy cops. Both characters however have some depth to them that is explored and because of that you find yourself invested a little bit further than beneath the surface. This is easily the strength and the soul of the script. It’s all about the characters, which are well written and even better performed which makes this movie hilarious and fun to watch. McCarthy’s character is inspired by her family who doesn’t like her much while Bullock’s character lacks family all-together which makes for some interesting dynamics. It’s within the contrasts these characters have that make them interesting and it’s easy to jump on board with that. While over-arching story is not interesting and has been done lots of times, the characters steal this script and bring it up to an exciting level.
Grade: B

PERFORMANCES
The first few scenes where we see McCarthy seem forced and her dialogue felt like she was trying to stay to the script more which left her character unfunny and out in left field. However, there’s a turn early on where she goes off on her boss and in that moment you see McCarthy come to life and from there on you can tell she had free reigns to let loose on her character. She was hilarious and on her A-game which is exactly what we’d want from her. Bullock isn’t very funny but plays her character well and fits the mold that you’d expect from Bullock. Her character is more straight forward and usually gets in the way which is how Bullock plays it. She delivers the character the way it needed to be done. The rest of the supporting cast doesn’t stand out but they aren’t distracting either. They do a good job of being where they needed to be.

SCORE
Mike Andrews gets the score here and he does an okay job with the music. As is with most comedy’s, the score compliments what’s going on but it’s the characters that stand out so it’s mostly background music. The additional tracks used here though are very interesting and adds a lot to the scenes and transitions.