Movie Review: ‘The Dark Tower’ is alight with crushing mediocrity 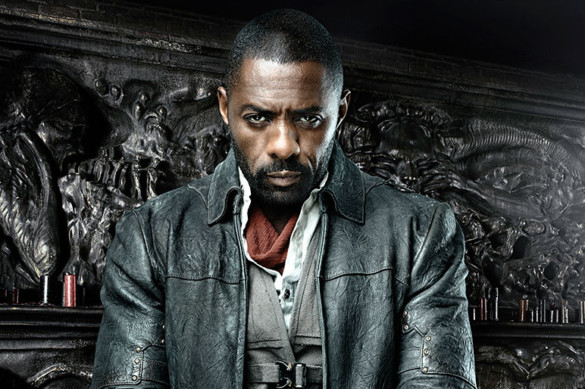 Synopsis: The last Gunslinger, Roland Deschain, has been locked in an eternal battle with Walter O’Dim, also known as the Man in Black, determined to prevent him from toppling the Dark Tower, which holds the universe together. With the fate of the worlds at stake, good and evil will collide in the ultimate battle as only Roland can defend the Tower from the Man in Black.

Steadfast has been the titular structure, the nexus of time and space, to readers of writer Stephen King’s seven-part, near 4,000-page book series. As turning over parchment (or swiping, if on e-readers) is increasingly becoming an elitist activity, it is just a matter of time before Hollywood elects itself to visualize King’s “magnum-opus” words. Took 10 years and many hands, but it happened. Relief is yet in sight, however, when friends who adore the series all brand it with depressing phrases – “unfilmable,” “no particular genre,” “hard to describe,” “where to begin” and so on – wondering if the brains translating it for moviegoers will be on the same level of creative drunkenness as The King.

Unfortunately, and dishearteningly, Sony Pictures’ The Dark Tower is dry.

After Babylon A.D., this is the second time that a runtime of 90 minutes ruins the world of a promising fantasy material. No matter how skilled one is, that much time is never sufficient to cover Mid-World, a sprawling and distinct setting where the futuristic, Wild West and mystical coexist. Or anything, really. Eleven-year-old “Keystone Earth”-ling Jake Chambers (Tom Taylor) has a lot of short, frenetic dreams – about Mid-World, tower-protecting Gunslinger Roland Deschain (Idris Elba), a hellish dimension and tower-destroyer Walter/Man in Black (Matthew McConaughey) – but after he has awakened the film seems to be stuck on fast-forwarding. It benefits Jake, however, in the sense that his journey to stop the tower from falling and evil invading is never a drag. On the other hand, Roland, the last of his kind who witness the face of his father (Dennis Haysbert) advancing toward death due to Walter, The Dark Tower gifts him with the timeless mantra of Sweet Brown. He seems to be just there to accompany Jake.

In the film, Jake gets the VIP treatment, having a strong enough “shine” (or telepathy – maybe, the film doesn’t confirm) that can pierce dimensions and vanquish an utterly superfluous House Demon. Such is also the source (another maybe) that can be used to bring down the tower via a Death Star-esque ray in one hit, rather than having the fake-skin cronies to abduct a lot of kids and use a number of them when it is demolition time. How can a child’s mind, per the title cards, be weaponized? No clue. How is Walter connected to the evil dimension? Unknown. Still, it is great to see Walter delivered the line “You are the full package, as advertised” to Jake with as much happiness as owning a Lincoln. Or cooking chicken.

We never see the final product, but The Dark Tower’s big bad has the potential to be a suave, GQ-ready and inter-dimensional all-star chef. There is a lot of pleasing hilarity in the film, most of which comes from McConaughey’s deft balancing between playful and ominous, commanding a person to “hate,” “stop breathing” or “kill” with a seductive twist. The Texan actor is a great foil for Elba, who – as usual – dominates the screen with just his stern presence or, surprisingly, magical deadpan delivery. Roland, despite the pain and shaken faith, has a heart, and the actor brings the warmth forward with his eyes. Having this quality duo around is vital to compensate Taylor’s performance, which is OK but gets really constrained at key moments.

As for the fantastical beats, they strive to be small in a world that King has made colossal. Action sequences are tightly staged and framed, and the less CGI employed the better they are. A recent revisit of A Royal Affair shows director Nikolaj Arcel being much more comfortable around character-driven moments, as is his regular d.o.p. Rasmus Videbæk, but since they are already flawed here, accepting the chases, gunplay and fisticuffs for what they are can still leave a substantial void. Hunting down references to King’s other writings may alleviate that. Somewhat. Try this game with alcohol, maybe?

Come to think of it, the personal teetotal status may have to be broken due to three revelations linking The Dark Tower to the RoboCop remake. This will be another occasion where Sony Pictures lets down an acclaimed foreign filmmaker with post-production decisions, extinguishes the possibility of diversity in casting due to underwhelming project and dents the talented Jackie Earle Haley’s career. So much security was courted to ignite the long-dormant project, but it couldn’t even prevent the tower – at least its big-screen version – from following the ways of Babel.