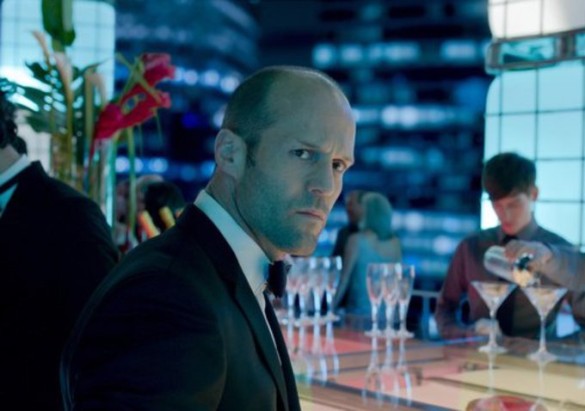 Synopsis: Homeless and on the run from a military court martial, a damaged ex-special forces soldier navigating London’s criminal underworld seizes an opportunity to assume another man’s identity — transforming into an avenging angel in the process.

DIRECTION
First of all, it’s weird seeing Jason Statham with long hair, or any hair at all really, and that threw me off. That being said, Steven Knight’s directorial debut isn’t too bad. The cinematography used in London is really well shot and edited really well. There are several great swooping cameral shots that make for some fun transitions in this film. Knight’s script is a little dry at times but the way he pieces it is intriguing at times. The best win for Knight, outside of his cinematography, is how he utilizes Statham and get’s a little bit more out of him than what we normally see. Not a bad debut at all.

SCRIPT
The story centers around a ex-British soldier (Statham) and how he is now homeless and on the run as he fled the military after being blamed for a terrible tragedy while he was serving. He steal another man’s identity temporarily and is using a nun to help him get a few things in order. In the middle of that he begins working in the city’s criminal underground. The story becomes a little dry in places but we see Statham in some action, which is what we expect to see. However, this isn’t an action-driven movie. He’s motivated by the nun who is encouraging him to do the right thing and restore his life. While it has it’s flaws, it’s not terrible by any means.

PERFORMANCES
Statham’s performance is a little surprising to me as his character isn’t the same butt-kicker we’re used to seeing. Umm, don’t get wrong, he has those moments of beating people up that we’ve seen before, but he goes a little deeper than that. As a man seeking revenge and not happy with where his life is, he shows a little emotion and has a little more than what we’ve seen before. While it’s not terribly outside his zone, it’s enough for me to enjoy it and see the potential he has to do something else. The other actors in this film are just background and barely deliver but Statham stands out for sure.

SCORE
Dario Marianelli has done some great work before but the score his doesn’t really add a lot to the film. The second act of the film gets some great score music and that part lifted it up a little but the music here only serves as background noise and it does its intended purpose.