Movie Review: Third ‘Maze Runner’ could have been the drug you’re looking for 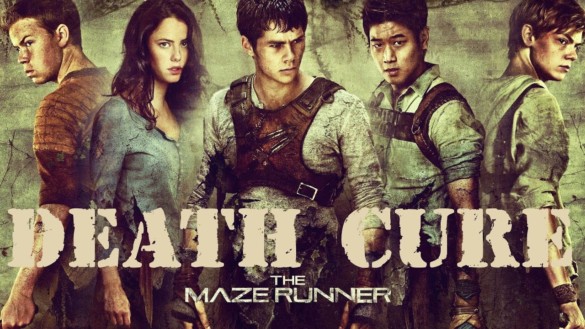 Synopsis: Young hero Thomas embarks on a mission to find a cure for a deadly disease known as the “Flare”.

Thomas the Glader sure is fortunate. Not only does he own the perks of being the story’s “Chosen One,” this young adult gets to see the end of his big-screen journey. More Harry or Katniss than Tris and Percy, in a way. That said, The Death Cure is plagued with a blind pursuit toward the finish that past mistakes go unaddressed and the premise’s unsoundness is exacerbated. A pity since improved direction and yet-again committed lead performance could have let the boy who lived through all trials catch some fire.

The Scorch Trials are done, yet Thomas (Dylan O’Brien) and what’s left of his friends—Minho (Ki Hong Lee) is captured—aren’t resting until WCKD stops its youth-snatching and enzyme-harvesting ways. Meanwhile, their ex-ally Teresa (Kaya Scodelario) also has little time for a proper shut-eye, bouncing from lab to lab and sample to sample when the Flare virus keeps winning (and the death cure, *winks,* keeps failing). As if those haven’t fused enough stress—or notion of mobility—into the plot, The Right Arm (the franchise’s resistance faction) is brewing more mojo to rain fury down WCKD’s home within the shimmering, walled and aptly named Last City.

While this James Dashner book didn’t do what the Red Sea did—being a two-parter—it feels otherwise while watching. Length isn’t the issue here—viewers have sat through YA films in the ~140-minute neighborhood before (Deathly Hallows)—but rather a trivial perception of the stakes that riddles the flow with patches where the senses can’t register anything. That happened in The Scorch Trials. There is, once more, a case of underdevelopment too, with neither substance or significance seen within Walton Goggins’ scarred (and noseless) character or—even to this point—clarification as to where Dr. Ava Paige (Patricia Clarkson) stands, or at least leans toward, belief-wise in this conflict against the Flare virus. Remember the intriguing “to save all, some must die” dilemma presented back in 2014? What was once principal fades into oblivion here, and in its stead is a more mechanic quandary with the way-less-interesting Mr. Janson (Aidan Turner), previously introduced as WCKD’s head brute.

In its set-piece stupor, again a holdover from Scorch Trials, The Death Cure “forgets” to answer why the mazes are needed in the first place. If all that is needed in the end is that, WCKD sure is a model example of inefficiency in times of sickness. “So that we look cool while we’re experimenting” or “because we can” aren’t sufficient answers. Also, why brand the Last City as a labyrinth in the synopsis when it doesn’t become one i.e. the Capitol in Mockingjay Part 2?

Thankfully, consolations are present in director Wes Ball’s crafting of the high-octane and O’Brien’s acting, both of which are at their peak. The rescue mission that opens The Death Cure, which will surely give déjà vus to Fast Five fans (or those who have seen the director’s studio magnet of a short), and a Swordfish-esque bus sequence see Ball’s vision—full of thrilling kineticism and careful attention to detail—firing on all cylinders. Take note, Eragon’s Stefen Fangmeier, Maleficent’s Robert Stromberg, or today’s Michael Bay. And, just like before, O’Brien demands attention when shards fly or at rest, a cherry on top of his ability to mingle well with his peers—especially with the lionhearted Brenda (Rosa Salazar), here to prove she’s ready to rock it in Battle Angel Alita, and the prudent pal Newt (Thomas Brodie-Sangster) in the film’s single effective note of emotion. The Ball-O’Brien team continues to be this YA property’s finest point of difference, a brilliant kind of glue that has us giving the film form of Dashner’s world a glance despite the certainty of crumbling as soon as logic is applied.

Well, at least The Maze Runner has an end despite encountering mishaps, many in the reel and a major one in real life. Kudos for the commitment, even if guarantee of enjoyment is only partially delivered.

Movie Review: ‘Hustle’ is a Swish for Sandler