Movie Review: ‘It Chapter Two’ is a satisfying conclusion to the Losers Club story 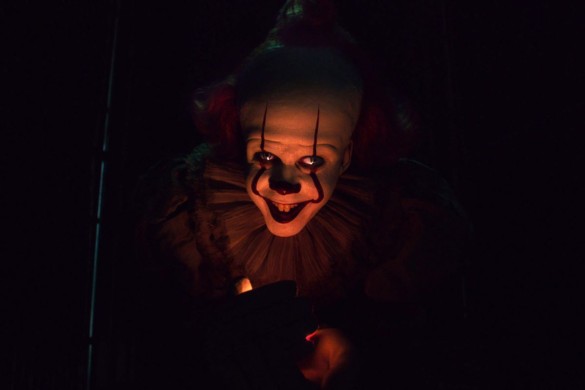 Synopsis: Twenty-seven years after their first encounter with the terrifying Pennywise, the Losers Club have grown up and moved away, until a devastating phone call brings them back.

When It was released in 2017, it quickly established itself as one of my favorite films of the year. Despite having a (completely normal) fear of clowns and a general hatred of horror films that feature children, I loved the R-rated/supernatural horror meets The Goonies vibes It had. Since then, I’ve been equal parts looking forward to and dreading seeing the sequel. It Chapter Two picks up 27 years after its predecessor and introduces us to the grown-up version of the Losers Club. Mike (Isaiah Mustafa) is the only member of the group that has stayed in Derry. His self-appointed mission is to keep an eye on things and call his friends home when he is certain Pennywise has returned. The Losers reunite and join forces to try and defeat Pennywise for good.

I am still torn whether or not I enjoyed this movie. I think it’s a worthy conclusion to the first film, but it disturbed me more than any horror movie has in a long time. It wasn’t your average scary movie filled with jump scares and gore. It Chapter Two had a masterful balance of building tension, making you dread what was coming, then hitting hard with a jump scare or extended terrifying scene. It left images in my head that lingered hours after watching the film. (I can never eat another fortune cookie) Once scene in particular that stuck with me was the funhouse mirror maze sequence. It’s partially featured in a few of the trailers, I don’t want to give anything away, but it’s intense. The film also starts with a brutal controversial scene that is causing a lot of debate. Again, I won’t spoil it, but it’s the second chapter of the book, and its purpose is to demonstrate how the entire town of Derry is affected by Pennywise’s presence. The locals are unnaturally indifferent to racism, homophobia, missing children, etc. Which leads to one of my biggest complaints about the films. Without multiple viewings or reading the book, it’s easy to miss this affliction on the town of Derry and I consider it to be an important element to Pennywise’s character and the development of the members of the Losers Club. Another common negative I’m hearing about the film is its runtime. It’s just under three hours long, but I didn’t feel the film dragged or felt long at all until the final showdown with Pennywise. Even with the almost three-hour runtime, I felt like some of the needed backstory was left out. We get hints at important character details, what’s happened since the first film (especially Richie’s character), but it still leaves many questions unanswered.

There were a lot of great things about It Chapter Two. The casting for this film was phenomenal. It was easy to identify which child actor from the first film each adult actor was portraying. Bonus points and all the awards to whoever made the final casting decision on Richie (Finn Wolfhard/Bill Hader), Ben (Jeremy Ray Taylor/Jay Ryan), and Eddie (Jack Dylan Grazer/James Ransone). Hader and Ransone are a hilarious duo, just as entertaining as their child counterparts from the first film. James Ransone (Eddie) and Jay Ryan (Ben) also look extremely similar to their younger selves. I was genuinely shocked to find out they weren’t related to the kids from the first film. The only casting choice I was not fully satisfied with was Jessica Chastain as adult Beverly. I love Chastain, she’s a phenomenal actress, but for some reason her portrayal of adult Beverly didn’t remind me of child Bev at all. At lot of things happen to her character from the end of the first film and through the 27 years before we meet her again in the sequel. Any of that can explain the differences in her personality, but I still felt like something was off there. I also need to praise Bill Skarsgård for his amazing portrayal of Pennywise the clown. That man has an unnatural ability to control every inch of his face and contort it and the rest of his body in unsettling ways. He has to be one of my favorite villains of the decade. There is also a fantastic cameo from Stephen King, so be on the lookout for that. I was also very happy with the balance of humor to horror in the movie. The jokes were well timed and placed just when you needed a break from the disturbing scenes. They also managed to weave in an anti-bullying message and a running theme about being okay with who you are without it being too obvious.

To wrap up, It Chapter Two is a good conclusion to the Losers Club story. It definitely has more Stephen King flair than the first film, but gives you everything you’d want from a supernatural horror. The film also has its controversial moments and is genuinely disturbing at times, so prepare yourself if you plan to see this on the big screen. The cast is by far the best thing about it and is worth the price of admission.

Hear our podcast review on Episode 342: