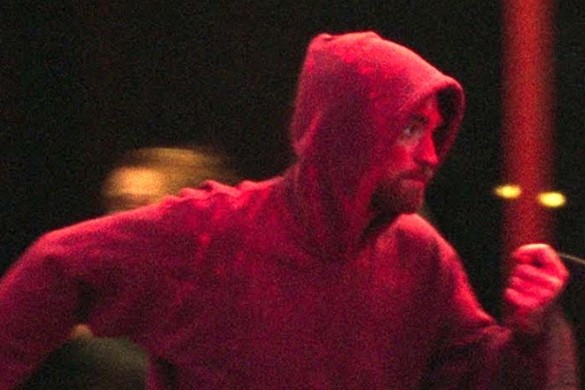 Synopsis: A bank robber finds himself unable to avoid those who are looking for him.

Good Time is a void-like odyssey that will leave many people in a haze. The Safdie Brothers craft a brazen semblance that overlaps in to an overwhelming feeling of surrealism. This component is established rather early in the film, while they simultaneously introduce the dismal atmosphere that tends to creep up on you from time to time. Between both of these, there’s constantly a shell of exhaustion encapsulating the movie regardless of whatever scene is playing out.

There are those rare films that can make good use out of every scene presented in the movie. But every scene in Good Time, has a purpose. All movement put forth by every character is brisk. It never allows you to take a break. There are definitive moments that feel like you’re currently in frame, observing every second with sweat filled palms and an adrenaline filled body, waiting for something to escalate. This can be said for both the film’s surface conflict, and Robert Pattinson’s characters internal conflict. There’s always something to pay attention to. In fact, each complication will tend to collide with one another during a certain point in the film.

Robert Pattinson gives without a doubt one of the best performances of 2017 thus far. He’s entrancing every second he speaks a new line of dialogue. He completely embodies the grime and guilt of the situation he’s battling through in the film, not just physically but mentally. Ben Safdie is credited as a co-director but also portrays Pattinson’s characters brother. The emotional weight that’s lugged between the sincere bond of their brotherhood is harrowing as a viewer. It feels like salt in the wounds by the finale too.

There’s truly a lot of due credit to give for a project like this. Between the directing, writing or acting, the Safdie Brothers deserve every ounce of it, as you have to respect their audacity for a lot of the choices they opted out to. The synth pop soundtrack echoes throughout each scene along with the luminous neon aesthetic. The psychedelic cinematography mixed with every other advancement you can think of in the technical department. Everything they accomplished is unparalleled. This should definitely put each of them on the map of up and coming directors to keep an eye on.

When running down Good Time, it’s virtually impeccable from every aspect. It’s soaked in upbeat music and editing. It never has an over abundance of plot points nor does it ever feel like it’s attempting to be something more superior than what it wants to be. This couldn’t have been as good as it was without taking the direction it did.

To conclude, although a film from this genre may not be the most appealing to some, the cast and crew is really deserving of all the support it should get. It’s also an essential experience to see this in theaters. An exhilarating stimulation of emotion and intensity.