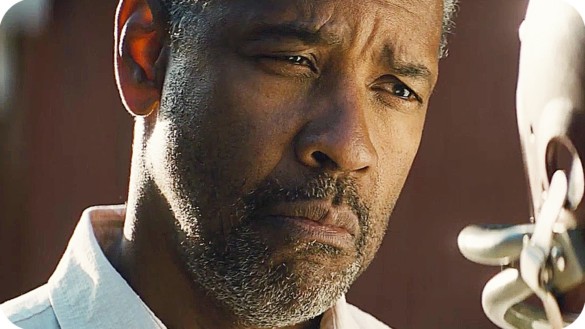 Synopsis: A working-class African-American father tries to raise his family in the 1950s, while coming to terms with the events of his life.

Fences is an intimate and emotional onslaught. It’s filled to the absolute brim with powerful performances and flawless writing from August Wilson. Fences merges the stage with the screen with a bit of rough patches, but overall making for a rather powerful film about human life. Denzel Washington’s clear direction and heart-wrenching performances from both he and Viola Davis make Fences a powerful emotional tale.

Fences revolves around the life of Troy Maxon (Denzel Washington) and his wife Rose Maxon (Viola Davis). The film has no plot what so ever, it just is a simple straight forward telling of their lives. However, as the film unravels we see more and more of the complications that Rose and Troy encounter. From the situations that the two encounter as a couple, to the independent struggles that they face. Despite the lack of plot, this doesn’t take away from the overall enjoyment of the film.

The most potent, and important, strength of the film is the performances and Washington’s direction. Not only does Washington know exactly what he wants from all of his actors, but he allows the actors to command the entire film. On the technical side of the film, it is a rather minimalist one. Nothing fancy is done with the camera, the lighting is mostly natural lighting, and the production design is simple. The focus of the film is kept on the performances, and the content of the film. And boy do Washington and Davis just absolutely bring the audience on a roller coaster of emotions. They make us laugh so much it hurts, they bring a smile to our face, and then finally they make us cry our eyes out viciously. The two interact with each other so well that it feels like we aren’t watching a film, we’re just seeing the two of them interact. And this feeling of taking us out of the film, is part of the reason the film feels so intimate.

The only thing that does drag down the film a bit is the screen to stage anxiety. Fences is a famous play written by August Wilson in 1983. And often when famous pieces of the stage take their shot at the screen, they forget that they are making a film. So in turn, they almost go beat by beat of the play for the film, and this bogs down the movie, especially with a grueling run time. This is one of the more accurate adaptations however, embracing its limitations fully and assuring that we are only focused on the actors. But, the entire duration of the film is just characters having conversation over and over, and even for people who enjoy that style of film it does get tiring after sometime.

Another thing that manages to be rather surprising about the film is how incredible the screenplay is. Wilson died in 2005, but is still credited with the screenplay. Now, I’m unsure if the screenplay is just a direct copy of the play, but if so then Wilson deserves so much attention from the public eye. The conversations flow so naturally, and the dialogue hardly feels like it was crafted by another person. Not only does the dialogue flow, but the interactions feel incredibly personalized depending on which character is in which scene. The conversations between Rose and Troy have a much different vibe from the conversations with Troy and his son. No matter which characters are currently interacting, they all have their own feel and emotion attached to them. Fences is a powerful, emotional drama piece. Denzel Washington’s amateur style of direction is flawless, and fits perfectly with August Wilson’s intimate screenplay. On top of everything else Washington and Viola Davis deliver both powerhouse performances. Despite a grudgingly long run time, the film still has powerful emotion and an intimate connection with it’s characters.