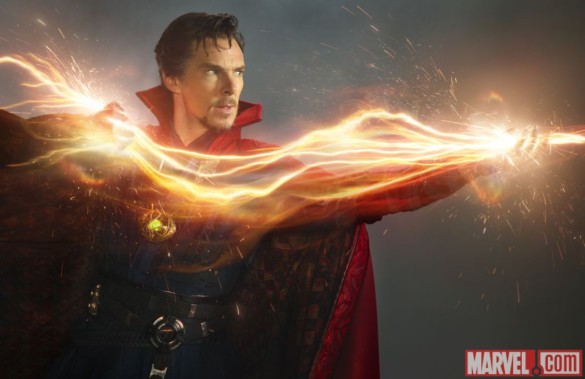 Synopsis: A former neurosurgeon embarks on a journey of healing only to be drawn into the world of the mystic arts.

Doctor Strange is the newest film in the Marvel Cinematic Universe (MCU), and honestly, this is one of Marvel’s worst films to date. I am quite baffled as to why this movie is getting such rave reviews, but then I remember most critics give Marvel’s movies a pass. Don’t get me wrong Doctor Strange is Marvel’s most mind blowing film regarding special effects and the ideologies it tackles. I just wished that the same passion went into the rest of the storyline.

After a horrible accident leaves arrogant watching the percentage Strange (Benedict Cumberbatch) relatively use of his hands, he travels to Kathmandu, Nepal in search of the secret compound Kamar-Taj. Strange hopes that The Ancient One (Tilda Swinton) can provide a way to help him heal his hands. Strange is then introduced to the Mystic Arts and quickly excels to become a sorcerer.

Marvel’s biggest issue has been a promising villain, and Kaecilius (Mads Mikkelsen) is not giving much screen time, and his motives are similar to other Marvel villains, so there’s nothing creative here with his character. Much like Ronan in Guardians, Kaecilius is working for another huge baddie in Dormammu, which Cumberbatch did the motion capture. Kaecilius is one of the worst villains portrayed on screen, and it’s no fault of Mads Mikkelsen, think he was just a filler villain for Dormammu.

Introducing Dormammu is a huge deal because he is one of the deadliest and brutal villains in the entire MCU. I hope that Marvel does not treat Dormammu the same way it has handled Thanos so far and hopefully he makes an appearance in a potential sequel, teaming up with Mordo (Chiwetel Ejiofor) to take one Strange in the physical world.

Origin stories are a must for superhero movies, and I think in Doctor Strange we don’t get that full transition to superhero without having that defining moment that causes a change in our hero or heroine. I understand Strange is a smart man but so is Tony Stark and in the first Iron Man we see why he decided to become Iron Man, we never see “that” moment that makes Strange want to be a sorcerer.

There is a lot of ground to cover in this film, and Strange is relatively unknown in comparison to Captain American and Iron Man to non-comic book fans, so maybe that is why the story seems muddled. The scenes with Christine Palmer (Rachael McAdams) and Stephen was flushed out more because to me Palmer has a way of bringing down Stephen’s massive ego and I wanted more scenes with them together.

The most disappointing thing about this movie is the fighting scenes especially the big climatic battle. Aside from a struggle in the hospital the other scenes lack any innovation or creativity and leave you unsatisfied.

A superhero film that does not have a strong villain, bad fight scenes and an out of place hero would get negative reviews but only if was a DC movie. Do not be fooled by the smoke and mirrors of the dark dimension as Doctor Strange is one of Marvel’s worse projects.