Movie Review: Love has no boundaries in ‘Call Me by Your Name’ 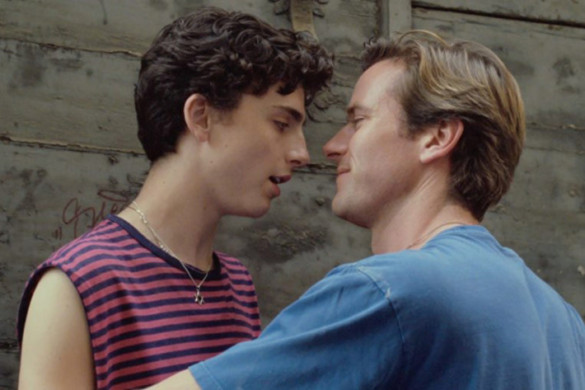 Synopsis: In 1983, the son of an American professor is enamored by the graduate student who comes to study and live with his family in their northern Italian home. Together, they share an unforgettable summer full of music, food, and romance that will forever change them.

Luca Guadagnino’s timeless evocation of a sun-drenched 80s summer filled to the brim with temptational escapades, and a burning desire of longevity through love and romance, is stunningly, Call Me by Your Name. Guadagnino takes viewers back to the past, in a time much simpler only with the tangibility of lust being more attainable than ever. This making for an equally palpable air and atmosphere that our main characters breath in. Not only is this a major step towards LGBTQ filmmaking, but mutually for modern cinema in the coming years.

As of recent memory, Guadagnino’s established a delicate trademark style with his two previous films, I Am Love and A Bigger Splash. Both of which detail the jealousy and envious ridden environment of forbidden love, and are virtually identical narratively and structurally. Evidently, this is his magnum opus of the trio. Breaking free from his restrained genre choices, he manifests a transcendent sensation of first love in a spiritual, never-ending summer effortlessly. Allowing us to take part in psychedelic disco parties and passionate days spent with the ones you love. He purposefully builds the off-screen chemistry of Chalamet and Hammer—which is in fact so charismatic, that when come time for on-screen scenes to be acted out, the fierce energy stemming from their existential bond becomes genuine. Guadagnino has to be in consideration for director of year honors, as his artistry bleeds through every shot.

This has a strong chance at being crowned one of the most superior ensemble casts of 2017. Albeit their overlooked, this cast incorporates actors in the youth of their career and experienced veterans, making for a solution of everything here. Timothée Chalamet is this year’s truly *big* breakout star. One can’t demonstrate how exceptional he is at such a young age. Demonstrating how vital he is to the development of his character Elio, and indeed for the film too. Simply electrifying but that finale fully displays the range he’s willing to reach out to. Armie Hammer and the extraordinary Michael Stuhlbarg round out the premier bill, hopefully allotting all three of them with Oscar noms (or wins) from The Academy would be the cherry on top of this journey.

Within the first opening seconds John Adams’ contemporary piano piece, “Hallelujah Junction” rings through the auditorium as we pan across a plethora of ancient European statues, so “nonchalant” as Elio’s father (played by Michael Stuhlbarg) refers to them as in the latter part of the movie. This soundtrack, oddly enough doesn’t feel like a soundtrack. Being more of a compilation of songs and symphonies, it flawlessly exudes the free-willed attitude that occupied the 1980s era in which the film takes place. Sufjan Stevens contributes his own sentimentally sound songs in such ways that feel emotionally connected to him. Further proving his uncanny ability as a lyricist by helming the two earth-shattering melodies, “Mystery of Love” and “Visions of Gideon”, both of which echo throughout every lasting frame from the tear-inducing cinematography, taking immediate effect from the opening montage and eventual resolution.

Sayombhu Mukdeeprom, the director of photography, commits on not making any shot too dense. We’ve seen films rely on mid-shots and close ups in an attempt to expose the emotion in a character’s face for the given sense of realism that the character isn’t completely capable of giving. Here, he throws all of that out of the window. Every second consists of a loose shot. There’s hardly any tightly-knit close-ups but whenever there is, it’s composed and serene. Due to the marvelous blocking from Guadagnino and the gorgeous camerawork from Mukdeeprom, their material is the most ingenious when utilizing wide-shots, as they show how people tend to be the most coy when exhibiting their feelings. This is true throughout the entirety of the film and it’s never used as some blatant trope. Especially whenever the ending approaches because that’s when we see it fully grow to its potential. I won’t say much of anything, but the finale is absolute perfection. Immaculately mixing the warming and grieving vibes of the situation.

Call Me by Your Name is as uplifting as it is heartbreaking. It questions our aspirations of endearment but maintains the sensual romance between the two young men at its core. It’s not of effort to classify it as a conventional coming-of-age film, nor a depiction of post-pubescent discovery. It’s at the near end of childhood and the peak of adulthood, settling on that uncertainty of being unsure about what you’re feeling and what’s going on internally and externally. It’s one for now, one for the decade, and one for the long-term future. Hopefully people identify with the exquisite themes of exploration and see a part of themselves in Elio because as this movie showed us, nobody forgets the first time they fell in love.