Movie Poll: Which is the better 3D experience? 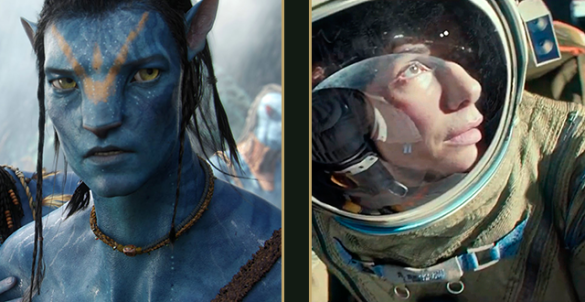 Well after Gravity came out this last weekend, a lot of people are saying that it may be the best 3D experience yet in theaters. However, many people still believe that, despite the lack of story, that Avatar was still the best 3D experience they’ve ever had. Already, in just the few days since it’s release, we’ve had many debates over this. So we wanted to toss the question to you guys. Which movie do you think was a better 3D experience, Avatar or Gravity?

Perhaps your best experience isn’t either of those movies, which is also worth nothing. Either way, let us know which movie you think was your favorite 3D experience and we’ll discuss it this week on the podcast. Feel free to give us more input by leaving a message below or by emailing us at insessionfilm@gmail.com.