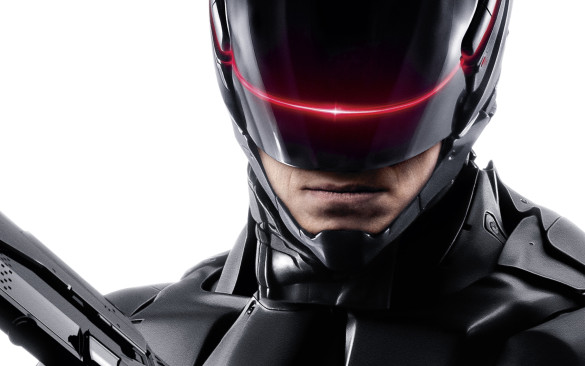 This week on the InSession Film Podcast, the awesome guys from the JT Movie Podcast drops by to help us review the latest Hollywood remake, RoboCop, starring Joel Kinneman, Michael Keaton, Gary Oldman and Samuel L. Jackson. Going off of that, which makes more sense after you listening to our review, we discuss our Top 3 Supporting Characters in a Sci-Fi Movie. In our third segment, we discuss the latest movie news, which included some real headscratchers and why Will Smith has possibly lost his mind. And per usual, we finish off the show discussing the latest films we’ve seen over the last week.

Ben and Matthew were absolute fantastic guests and were very entertaining. Their podcast is pretty good and a highly recommended show, and not just because they have some of the best accents in the business! It was definitely a pleasure having them on the show this week, although they weren’t the biggest fans of the RoboCop reboot. We still had a great time though and we ended up having some really great discussions.

We hope you have fun listening to this week’s podcast. Check it out and let us know what you think in the comment section below. Hope you enjoy and thanks for listening!

– Top 3 Supporting Characters in Sci-Fi Movies (33:33)
While lead characters get a lot of love in film, sometimes it’s the supporting characters that get some of the most memorable lines and moments of the movie. This seems to be the case more and more when you break it down in sci-fi movies. A great example and the foundation for this Top 3 was Gary Oldman’s character in RoboCop. He was great and almost took over in many scenes. Because science fiction films tend to have a lot of characters and large sequences, there are a lot of characters that rise to the surface which is just a lot of fun. And let me tell you, it was not easy picking this week’s Top 3, with so many great characters to choose from. What would be your Top 3?

RELATED: Listen to Episode 51 of the InSession Film Podcast!

– The Latest Movie News (1:00:59)
This week on the show, we discussed some of the latest movie news that spread across the internet over the last week. There were some really interesting news items and even a trailer that we figured we’d bring up and talk about. Here’s what we discussed:
– Will Smith not joining Independence Day 2
– The Purge: Anarchy trailer
– Chris Pratt and Danny McBride cast in Knight Rider reboot
– Jack Black rumored in possible Goosebumps adaptation

What do you think about any of these news items? Obviously, Will Smith is possibly losing his mind.