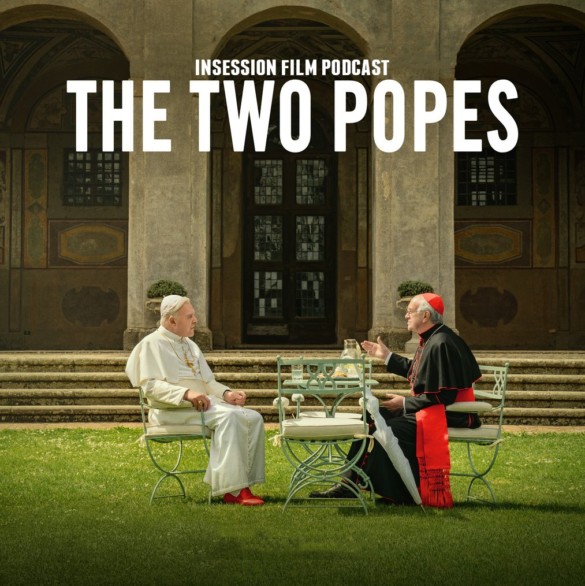 This week on the InSession Film Podcast: Extra Film segment, Ryan and Karen Peterson of AwardsCircuit discuss Cats and The Two Popes.

As we enter the new year, the last episode of Extra Film for 2019 is down a co-host, as Jay is out due to illness. But it doesn’t stop Ryan from inviting previous Extra Film and Chasing the Gold guest Karen Peterson to join him to discuss to polar opposite pieces of cinema. With Cats, we all get to finally hear if they hype was worth all the noise. Considered by some to be one of the worst films of the year, as well as one of the craziest things to ever be filmed, Ryan and Karen try to talk about this movie without busting up laughing.

Then, in the back half of the episode, the duo discuss the latest offering from Netflix in The Two Popes. Considered another awards contender from the top streaming service and one of the best films of 2019, the conversation led to a thoughtful points on the faith, politics and struggles within the film. It was such a good discussion, it lead Ryan to change some of his own opinions on The Two Popes.

Sometimes a screenplay is so good it practically overtakes the film, instead of just helping to define it.... Read More »

Podcast: The Devil All the Time / Enola Holmes – Episode 397