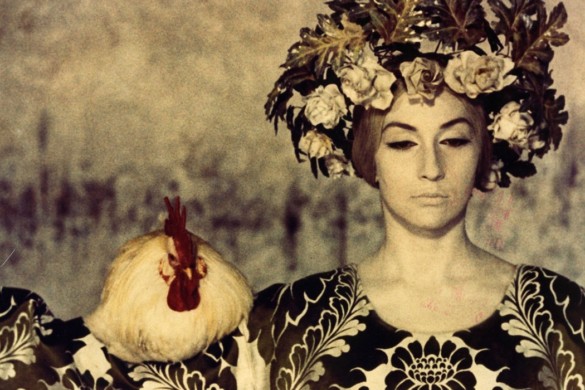 As the year 2020 begins, I have to call it the best things I invested in for movies. The fall of FilmStruck led to the rise of the Criterion Channel and the reason I have written multiple volumes of some of the best (and worst) works I’ve seen is that to spread the gospel of cinema. Now, I just came off like a snob, kind of like Scorsese’s “Marvel is not cinema” comment, but as I approach my 30th year on the Earth, I feel that my engagement with the type of cinema he and the old-timers grew up with is how I feel more connected to that the modern works of the money grab for cheap laughs and jokes that all fall flat. There is a world outside Hollywood that is more appealing and more daring in its work that the Criterion Channel has opened up a vault full of these masterworks. Here are the best of them.

Pomegranates take the top spot because it is a dive into a culture I am blind to, a style not really seen anymore, a language of cinema that we speak of but never really hear and see, and yet a movie that sings (literally) out the beauty of an era once censored by the anti-religious Soviet machine. Sergei Parajanov’s masterpiece, loosely based on the life and poems of Armenia’s Sayat-Nova, puts together a string of chapters from the past, not to give a background on the subject, but a portrait of Armenian life, far from the politics and romanticizing the devout religion they have always been attached to. Parajanov ran afoul of the system, was imprisoned for being a homosexual, and died when the censorship that had repressed his works was finally coming out again – just like Sayat-Nova, who was executed for refusing to conform.

The film here that really surprised me was Alambrista! This film was a PBS movie, starring mostly nonprofessional actors – Edward James Olores and Ned Beatty were the main exceptions –  and it gives a direct line into the lives of the migrant worker trying to survive and not get caught by law enforcement. It is the social realism that Ken Loach, another critic of superhero movies, would widely approve of.

The film I finally got to really see that I was excited about was War And Peace, produced by the Soviet Union in four parts compared to the shortened American version which doesn’t really hold up in comparison. The accomplishment it received around the world was a form of true acceptance after the years of social stagnation from the government. Even when reforms were trampled through the tank in Prague and Budapest, there was one shining hope that allowed the West to see behind the Iron Curtain and their fascinating culture.

It’s always something different in a Fassbinder film as I wrote as my second piece on this website (link). With one of his last pictures before his early death, Fassbinder creates his own Sunset Boulevard was an aging actress, Veronika Voss, who was part of the Nazi propaganda machine and a sportswriter who befriends her. When the writer suspects a nurse is taking advantage of Voss, he goes undercover with another woman to help and discovers Voss’ nurse scamming the actress on overpriced medicine. It is inspired by an actual actress named Sybille Schmitz, who committed suicide in 1955, but her physician was charged for selling painkillers to Schmitz at a rate more than the actual rate. Schmitz’s family accused the doctor of doing this to take all of her money and help provide all the medicine needed for Schmitz to overdose on.