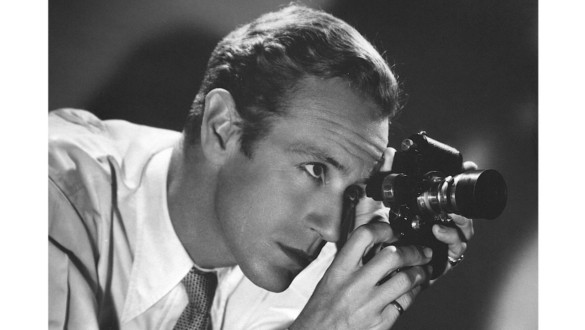 Like any top-billing actor in Britain, Leslie Howard served his country in the Second World War by being a leading voice in anti-German propaganda and supporting the Allies. He wrote, starred, and directed his documentaries championing the British cause and followed them victory by victory. Howard also sought to bring support from neutral nations, such as Portugal. In May of 1943, Howard flew there multiple times to bring in money from sympathetic donors who were willing to condemn Germany publically. On June 1st, Howard boarded BOAC Flight 777 to return to London. As the plane flew over the Bay of Biscay, sitting in between Spain and France, a Luftwaffe plane came upon it and shot it down. No one survived. 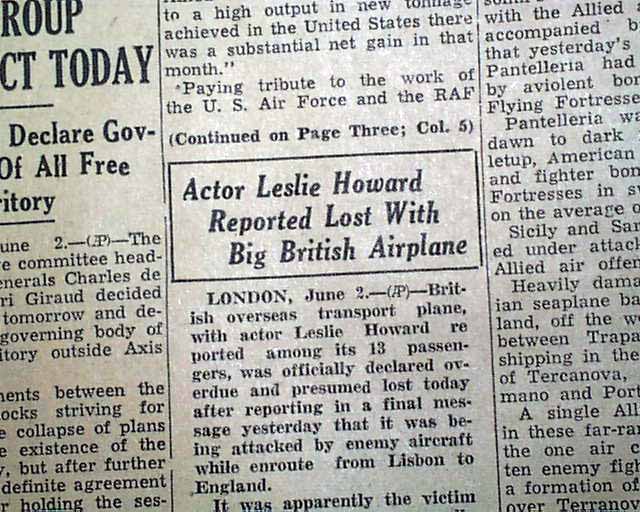 As an actor, Howard was among the most bankable leads in the 1930s and had a long career going back thirty years. He was formally educated, becoming a voracious reader and writing plays and poems, and began his professional career in the mid-1910s, starring in short films and plays that traveled across the country before beginning to star in West End plays. Howard was invited to star on Broadway in the early 20s and became a star with performances in Outward Bound, Her Cardboard Lover, and Berkley Square. First, Howard focused on comedies but shifted to dramatic roles by the late 20s. Two other plays, The Animal Kingdom and The Petrified Forest would be adapted for the screen and Howard reprised his roles.

Simultaneously, Howard was working on stage and screen, even getting ambitious to co-found a film production company that had the backing of H.G. Welles and A.A. Milne, famous for creating Winnie-the-Pooh. After it collapsed, Howard moved to Hollywood and continued his rise in movies by starring alongside Mary Pickford in Secrets, Bette Davis in Of Human Bondage, Norma Shearer in Romeo & Juliet, and Wendy Hiller in Pygmalion. His most notable performance was in Gone With The Wind, playing Ashley Wilkes, the other suitor for Scarlett O’Hara besides Rhett Butler. Tired of Hollywood, Howard returned to Britain where the war had started. In his time in Hollywood, Howard received two Oscar nominations for Best Actor, got his first co-director credit with Pygmalion, and also had a flourishing radio career in multiple radios plays.

Howard became arguably the most outspoken actor in supporting the war, directly attacking Nazi Germany. He joined the all-star cast of 49th Parallel and directed the thriller “Pimpernel” Smith, a direct attack on the Nazis which was later called a highly valuable piece of British propaganda. His next work, The First Of The Few, featured David Niven as an RAF Squadron Leader who works with a noted engineer in creating the famous Spitfire plane the British used to counter the Luftwaffe. While he was a major propaganda leader in the public, his son, Ronald, entered the Navy and his daughter married a Canadian Army officer. Because he made a reputation of being an effective vocal supporter of the war against Nazi Germany, as well as his trips to Allied and neutral countries, the belief is that his doomed flight was an intentional shootdown by the Germans to assassinate him.

Multiple books about Howard’s war activities and the investigation over the plane crash conclude that he was certainly targeted by the Germans, a view supported by Ronald Howard. In his own books about his father’s death, Ronald states that Joseph Goebbels, Minister of Propaganda in Germany, wanted him dead because of Howard’s vicious attacks on Goebbels himself and that the Nazis celebrated the shootdown and taunted at Howard’s demise. While many theorists believe that the shootdown was because the Germans were convinced that Prime Minister Winston Churchill was on the flight, circumstantial evidence uncovered found that Howard had gathered intelligence while making his flights all over. Another theory is that Howard was sent multiple times to convince Spain not to join the Axis powers, as they were on friendly terms with them. All of that being said, the German pilots who shot down the civilian aircraft said they mistakened it for an Allied bomber, unaware of who was inside the airplane.

Regardless of the circumstances, the death of Howard was a shock to Great Britain and the entertainment world. The British Government considered the attack a war crime and the public considered Howard a hero for his contributions to the war effort. One of the biggest British stars in the first half of the Twentieth century, Howard is still remembered as one of the most versatile actors of his time. In 2011, a documentary based on the memoirs by his children and from other sources of his life was first released, Leslie Howard: The Man Who Gave a Damn. The stylish charmer from an era long bygone finally got his due.