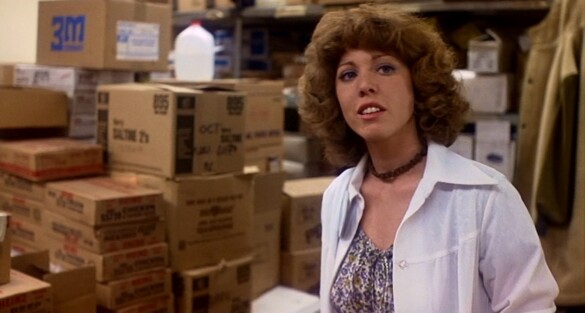 It’s fall of 2013, I’m 21 years old and my phone rings from a NY state area code as I’m walking with coffee in my hand to my production office at the time. I answered the phone with an intrigued “Hello?” and I hear “ Hi, is this Joey? This is Penelope Milford, I heard you were trying to find me.” That was the introduction to Penelope Milford I had in my early 20’s, at the time I was working with the late Misty Upham ( Frozen River, August: Osage County) on a film project I wrote, would be directing, and starring in as well with Misty, and Karen Black. At the time we had taken the project to Grant Henslov and George Clooney as Misty had just finished working with them on August: Osage County when we had met. She and I met and then she hired me to write for her and then we joined forces as creative partners. I wrote a script called “Neon Dream” that had a part that I knew would be perfect for Penelope, but the issue was, where was she? There was no contact info for her on IMDb, so I had to legit track her down and boy am I glad that I did.

As the years went on from the project I offered to her ( project became stuck in development hell) I always remembered how kind Penelope was and wanted to showcase her amazing personality in any way I could, so on my 29th birthday last year in February I called the number I still had in my phone all those years later on the off chance it was still hers and she answered with “Hello?” I said “ Is this Penelope Milford still? Hi, I don’t know if you’ll remember me but my name is Joey Gentile, you and I talked about 7 years ago regarding my project Neon Dream, do you remember?” She responded with “ Oh, hi Joey! I do remember you! Your script was one of the best pieces of writing I ever read, it was so good, how are you?!” And like that, we were reconnected. ( For the record that was her actual response, I’m not oiling myself up) I invited her onto the podcast I share with my amazing co-host Brandon Stanwyck, and exactly one month later on March 23rd, 2020 ( which was Penelope’s birthday) she granted us the gift of having her first big interview in years, what a delight it was. We kept in contact over the year that was 2020 and when I knew I would be working on this new Youtube project for Insession I knew that I had to ask her to be apart of it, to grant me her first on-screen interview in a long time, and she did so. 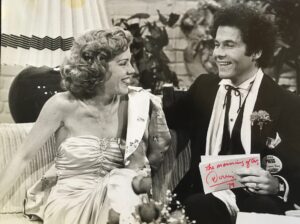 Milford on Corey Hay’s show the day after the Oscars

2 weeks ago I sat down in front of my Macbook, a few days before Halloween, my pumpkin lights behind me when I signed into the interview, and saw Penelope’s face in front of mine. A smile that could light up a room greeted me with “Joey! It’s so nice to see you” came from the other side, “I love your pumpkins behind you” she said which made me smile even harder than her. Her warm demeanor is contagious even beyond screens, and this was the first time we were face to face since our first conversation in 2013.

Sitting down with her and having the conversation with her about her career was like sitting down with an old friend who I hadn’t seen in so long yet time meant nothing, it’s like we picked up from where we left off. Discussing her experience the year she was nominated for Best Supporting Actress at the Academy Awards for Coming Home was quite the moment for me, the hilarious brass and bluntness of her year, or the joyous moments either way it was comforting and fun to discuss. 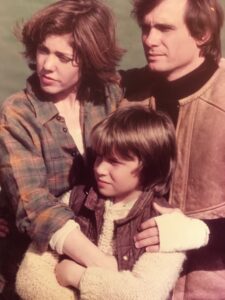 Photo from her performance in ‘The Golden Seal’ (1983)

In the future, if there is anyone who truly deserves a moment back in the sun it’s Penelope. She is beyond talented and deserved better in Hollywood, and I hope that me writing this piece and sharing her time with you on video shows the passion she has for the art of acting and you too can become a new Penelope Milford fan, or if you’ve already been one it deepens your love for her work.

Penelope Milford gives one of the Oscars’ greatest supporting turns and we hope you enjoy the interview.