Highlights From The Criterion Channel: Part 2 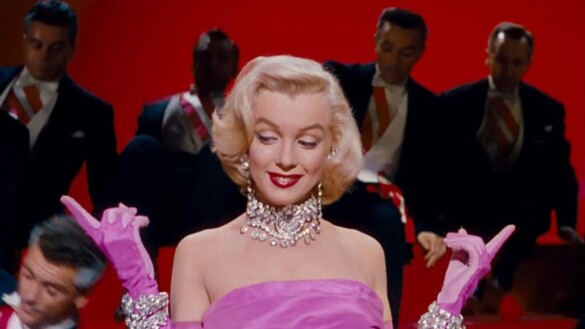 Into the summer, more and more screenings have come across the television with the continuing introduction of older pieces of cinema on the Criterion Channel. There are always themes every month with an incredible slate of movies part of it. Boxing films, a noir in color, and Richard Linklater’s works were one collection to be had at once. Again, I had to choose and dig deep and pick out those that stood out; these five for their cultural quality and rare exposure get my interest in this piece.

The musical comedy featuring Jane Russell and Marilyn Monroe became an iconic moment thanks to the number, “Diamonds Are A Girl’s Best Friend,” with Monroe in her pink dress and gloves. Costumer William Travilla would dress Monroe two years later in The Seven Year Itch with that white cocktail dress duplicating Monroe’s memorable moment on film. Howard Hawks is credited as director, but with the musical sequences, he wasn’t even on set for them; they were directed by choreographer Jack Cole and Hawks even acknowledged it. However, it was imprinted in the mind of multiple singers who paid homage to it in decades to come.

Pierre Etaix made his name as a notable clown before he turned his attention to moviemaking in the 1960s. Arguably his best work, Yoyo follows the title character (played by Etaix) who is the son of a billionaire that enjoys being free from responsibility and instead becomes an entertainer for a circus. As he becomes famous and rich, Yoyo seeks out a plan to save the chateau that once belonged to his father. Etaix was influenced by another French physical comic director, the great Jacques Tati, who inspired him to make his own films. Playing with sound and visual gags, Etaix strings together an unusual structure for a comedy film that harkens back to the days of silent film.

The 1970s was the era of the disaster genre and Ronald Neame’s cruise ship drama with an all-star ensemble modernized Titanic in the midst of nature’s fury. Gene Hackman is a pastor with unorthodox views being sent away, only to become the savior when he leads a group of people out to their only hope of survival. It’s quite entertaining and I remember the 2006 loose remake of it, but the original version is quite the picture with a variety of characters who take a leap (and climb) of faith with Hackman. Shelly Winters received an Oscar nomination for her role as a past swimming champion who plays a key role in their survival and co-stars Ernest Borgnine, Red Buttons, and Leslie Nielson – and this is a dramatic role, not a spoof.

After the sudden passing of Ray Liotta, I took a second look at the film that made him a name. Jonathan Demme’s comedy featured a straight-laced Jeff Daniels who runs into Melanie Griffith’s Lulu, a free-spirited woman who takes him on a ride away from his yuppie lifestyle and they fall in love. This is threatened by Lulu’s ex-husband, played by Ray Liotta, who wants her back. It’s such a colorful film, one that makes Demme a chameleon with the different types of films in his resume, and a movie that makes me miss both him and Liotta today.

Terence Davies has only made a handful of films, but they are all beautifully shot, made from his own memories and interest in nostalgic settings. He recently has done two biographical films A Quiet Passion about the poet Emily Dickinson and Benediction about writer Siegfried Sassoon. But in his first full feature, he used scenes from his own life as a child and as a grown adult to make this stirring portrait of a Liverpool family that is bound by song and trauma. Davies puts forth, for generations apart what is no longer there that remains so far distant, yet what remains in his mind that he brings it back to life for one moment.