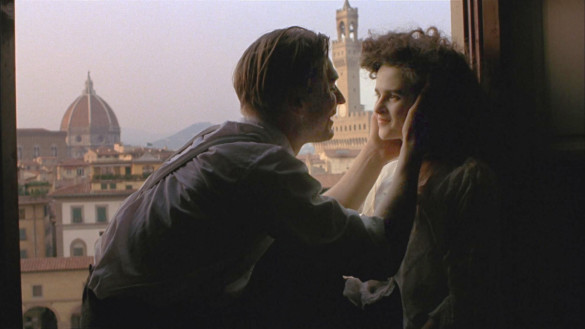 Welp, you’ve seen the other three posts about my constant discoveries and – humble brag alert – I got a Charter Subscriber card for signing up upon opening. Nothing too special, but the fandom remains in me like the release of most of Kurosawa’s filmography, from his debut Sanshiro Sugata to his finale Madadayo. For now, here is another batch of films I’ve seen that you should check out.

Now, I had seen this film before, but I remembered only half of it, probably because I was busy and it was played just so I could hear the soundtrack rather than see the action. I did know Martin Scorsese, in the middle of filing GoodFellas, flew to Japan for a few days to play Vincent van Gogh in one of the eight vignettes. Having sat down and seen the whole thing without looking away, this was (or would have been) a fitting end to a string of masterpieces by Akira Kurosawa. Reflecting on moments related to his personal life, Japanese myths, and Japan’s history, each episode is an astonishing piece of art, shot-by-shot, of dreams and nightmares reflecting Kurosawa’s beliefs. He was a fan of Van Gogh’s art, was a regular mountain hiker, spoke out on Japan’s infamous history with nuclear energy, and reflected moments in life that affected his childhood, such as the death of his younger sister. And it got made thanks to the backing of George Lucas and Steven Spielberg.

Another film I had seen that needed refreshing was Aki Kaurismaki’s The Other Side of Hope, which was his last film before retirement. Reflecting on the rise of the populist right in Europe with anti-immigrant views, Kaurismaki wrote and directed this touch of comedy with a drama about a Syrian refugee who, after being denied asylum, runs off and meets a Finnish businessman who has left his wife, won money in a poker game, and has bought a restaurant to run on his own. Their friendship leads to a deal then seeks to save the refugee’s sister who got lost during the trip. It is anti-intolerance in the face of racists who don’t want these people getting away from a land flattened and set ablaze, honest, and never trying to be directly political with a growing subject. It should be no surprise that the refugee was played by a real refugee, Syrian Sherwan Haji, who had been acting before the war and is spectacular.

Two years after Bangladesh’s independence following a bloody war, Bengali writer/director Ritwik Ghatak brings us to the Titas River and the community along with it who are witnessing the struggle to survive on a daily basis. In the center is the story of a newlywed couple who have instantly been split apart and the young bride’s decade-long search to find out not where her husband is, but what is his name. It displays realism very well as the country maintains its slow life outside of the modern world through hyperlink stories connected in its 2.5 hours of screentime. It is all melodrama, but Ghatak’s personal life and beliefs are interned. He was a communist who was in the center of a horrific famine and the partition of his province between India and Pakistan and used movies to examine the conscious thoughts of the period. Throughout his career, Ghatak struggled with alcoholism that plagued him during his career, leading to his early demise, aged 50.

This was the first major Oscar recognition (albeit Vanessa Redgrave’s nomination for The Bostonians) for James Ivory and Ismail Merchant, winning Best Adapted Screenplay, Best Art Direction, and Best Costume Design; it also was nominated for Picture, Director, Supporting Actor (Denholm Elliot), Supporting Actress (Maggie Smith), and Cinematography. For Helena Bonham Carter, it was her second feature and she nailed the role of Lucy Honeychurch, a young woman constructed in Victorian values England who falls for a free-spirited man (Julian Sands) but is steered instead to a rich but snobbish bachelor (Daniel Day-Lewis). It is romantic, humorous, and gorgeous, interweaving to the soundtrack of Puccini’s operas and flowing gracefully chapter by chapter to the beautiful final shot.

Cristian Mungiu’s Palme d’Or-winning thriller is set at the end of Ceausescu’s communist reign where he outlawed abortion in order to produce a growing population that dwindled away in the years before. A college student becomes pregnant and her roommate seeks to set her up with an abortionist to perform illegally. The loyalty between the two girls is in peril when, as the title suggests, she is not pregnant in her first trimester, but her second, making it even more dangerous. Mungiu, who has followed that up with the brilliant works Graduation and Beyond The Hills, places us in a dark space under Romania’s iron collar, choking any sense of freedom even as the rest of the Soviet Union was changing. And, with that hotly debated subject arising once again in the States, here’s an inside look to what it was like in the past – desperate, dangerous, and possibly deadly.

If Hamlet can have an Act V, so can I. But, with the neverending hours of continuous consumption of these films, you can expect me to give out more quick reviews and the must-sees out every month.