Featured: The Art Houses and The Need To Keep Them Open 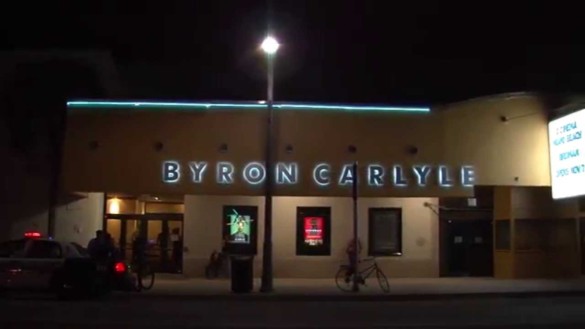 In Miami Beach, two blocks from where I live, a small theatre with a long history and art deco design recently shut down on 71st Street. It was owned by O Cinema but its original name is still on the facade, the Byron Carlyle. It opened in the late 60s, shut down in the 90s, and was revitalized in 2014. Only two years ago did I finally walk into it after passing by it so many times. I first captured 120 BPM, one of two people inside, me sitting in the balcony (as it is known) with a central view of the screen. Later, it was with my friend Timothy that we saw Call Me By Your Name. A few months after, The Death of Stalin. My last film was Pain & Glory. At 50 years old, there is a fight to make it a local monument or it will fall to the wrekcing ball for a new slate of condos. This theatre was my second entry into a surviving independent cinema from decades ago.

The first was in London, another two years prior, to see Xavier Dolan’s Mommy. I didn’t know until I had gotten into the theatre that this building, The Ritzy, was from 1911. The exterior looked it, the sidebar & cafe where I had a drink before going in didn’t show it. And the screening room – there were 5 of them – was for no more than 50 people. No previews in between and turnaround were no more than 15 minutes. This is England, after all, and the former movie house where Charlie Chaplin once watched his first nickelodeon as a child was still up as a museum to British film and Chaplin’s career. The British take pride and good care of their old cinemas, even when they are converted into shops or flats. A lot of America’s old-time theatres – Minnesota’s Oak Street Cinema and Revival House in Rhode Island are gone – but there’s a few still around we need to save.

For example, the famous Texas Theatre, a building that got worldwide attention on November 22, 1963, when Lee Harvey Oswald tried to hide from police after killing an officer and an hour after President Kennedy was shot and killed. A chair inside is stamped with his name and where he was when police found him that afternoon. In opened in the 1930s, but in the 1990s, it was closed and faced demolition multiple times before the Oak Cliff Foundation bought it, began renovations, and successfully listed it among the National Register of Historic Places in 2003. Today, it shows classic films and avant-garde productions and even plays.

In Missoula, Montana, it is the cultural center of the state with the University located there plus its progressive-leaning style of life. Not one, but two film festivals are hosted, the Montana Film Festival and the International Wildlife Film Festival. Once certain of note: the Roxy Theatre opened 80 years ago and was in business until a fire damaged it in 1994. Years later with donations and painstaking restoration to its original look, it opened and was even featured in a Criterion Channel short about working art theatres.

Back in the big city of Seattle, the Grand Illusion (which I assume is based on Jean Renoir’s famous feature) opened in 1968, nearly fell in line as part of a chain, and became a surviving independent place in the 1990s. Thanks to a group of enthusiasts, it still lives on within the “charming confines” introduced by its retro hand-painted sign and, as listed by Film Independent, among the 5 Art House Theaters Worth Leaving the House For alongside LA’s Laemmel Theatre, even though there’s apparently several of them, but with the purpose of sticking to indies and classics.

And what about abroad? Instead of accepting only multiplexes, lone-screen cinemas survive in the artiest places. Toronto’s Hot Docs Ted Rogers Cinema from the 40s has survived name changes, various owners, and the usual threat of the wrecking ball. Besides London’s few dozen independent theatres, in Bristol, The Cube is, in their words, an “art venue, adult crèche, and progressive social wellbeing enterprise.” Local refreshments, 108 seats, and movies of a retrospective, documentary, and a setting to raise money for various causes. Paris’ oldest surviving movie theater, Cinéma du Panthéon, opened in 1907 and played a role in showing the French New Wave the international films neglected to them for decades. Stockholm has Sweden’s oldest running cinema in Zita, Italy has, according to the Guinness Book of World Records, the smallest cinema in the world with Cinema dei Piccoli, and Cape Town, South Africa has the Labia Theatre, open since 1949.

We have all spoken about the box office-jacking by Disney through their stream of Marvel releases and remakes of Disney animation works. They own five of the top-grossing films in 2019 with one breaking the all-time record, a sixth film through their subsidiary 20th Century Fox, and a lot more other competition by Sony, Universal, and Warner Brothers. A24, Annapurna, Amazon, and Netflix play second fiddle, even though they dominate in quality. Where do we see these works? In the large, fancy, reclining chair-filled multiplex where you can now bring alcohol in and call a waiter in the VIP section. It’s the only way to see these big movies, which drowns out the indies we cherish and push hard for recognition. There are small theaters that thankfully still exist and serve the unseen ones, obsolete, and tucked away under the movie rug as if they are second-rate. But, as someone who admires history and cinema combined, we have a sense of duty to keep these places running.