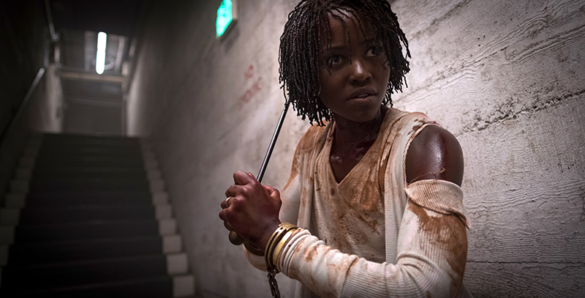 Hello to all of our great InSession Film fans! Over the next couple of days, I will be giving my daily recaps to my adventures here at film festival part of South by Southwest, located in the beautiful, vibrant and always weird Austin, TX. This is the first time I’ve ever been to a film festival and the first time covering it for the website to represent InSession film. Before I get into the films, I have to thank the great JD Duran for recommending me and applying for me to be a part of SXSW and I am forever grateful to him for helping me cross this opportunity off my bucket list.

Now one would think that the first film you would see at SXSW would be something that was on the schedule but the first screenings weren’t until around 5 pm CST, so I had some time to kill. So I went to one of the many Alamo Drafthouse’s in town and caught the newest film in the Marvel Cinematic Universe, Captain Marvel. While I will not give a full review on the film, I will say that I had a lot of fun with the film, thought Brie Larson and Samuel L Jackson were fantastic and had great chemistry. Plus, the film did a solid job of setting up what is to come this summer with Avengers: Endgame. So once the screening ended, I headed down The Paramount Theater, located in the heart of downtown Austin, and is the location for most of the big premiers throughout the festival. There I got in line for the festival opener and one of the biggest films of the year, Jordan Peele’s Us.

After waiting three and a half hours in line, I can confirm that Mr. Peele is a new master filmmaker and not just for the horror genre. I don’t want to get too much into spoilers or talk too much about the plot since the film comes out this week and I want everyone to go into the movie as fresh as possible but I must say that he came to play hard with this film. Us is a film that has a lot to say and once it was done, I knew I needed to see it again. The writing and direction that Peel presents us in this film is so much more nuanced and unique, it’s like you are watching a director fully come into his own. The cast are extraordinary, led by a powerhouse performance from Lupita Nyong’o, who gives a performance that lives up, and dare I say is better, then her Oscar winning performance for 12 Years a Slave. But the number one this I will never forget about this film was the crowd’s reaction during and after this film, which was ecstatic and eating ever part of this movie up. When you are watching a Jordan Peele movie from now on, you will know you are in good hands and thus he has turned into an event director, which mean that whatever he does in the future, it will be an event that all film lovers must see.

Once Us was over, I went to the Stateside Theater next do and caught a film called Yes, God, Yes from first time director Karen Maine, whose short story was the inspiration to the 2014 film Obvious Child. Yes, God, Yes follows a high school girl named Alice (Natalia Dyer) is discovering herself sexually while going to a strict Catholic high school. While the film can play like a conventional high school coming of age story, it is elevated by hilarious humor and a lead performance from Dyer that is truly special. The movie plays like a rift between Eight Grade and The Miseducation of Cameron Post but done in such a lighter tone. This was a great discovery and I hope you all get to check it out soon because I think this could be a real fun discovery for anyone that gives it a shot. And with that, my day one was complete. Stay tuned for more coverage here on the website and some full reviews once the festival is done. Follow me on Twitter also to get my instant reactions and more from SXSW.