Featured: Pabst And Present – From The Weimar’s Own 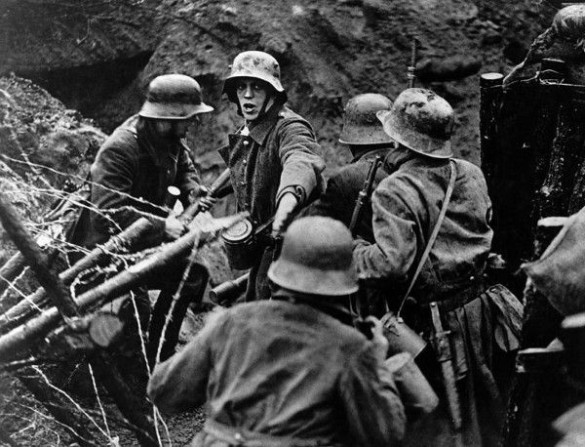 Georg Wilhelm Pabst became a massively influential figure in the short-lived Weimar Republic from 1918-1933. Starting out in the theater, Pabst joined the cinema trend when he was hired by pioneer Carl Froelich and got him his first full-time job with 1923’s The Treasure. He would go on to direct Greta Garbo in The Joyless Street (1925) and hire Leni Riefenstahl for The White Hell of Pitz Palu (1929), establishing himself as one of Germany’s foremost directors alongside Fritz Lang and F.W. Murnau in the years before the Nazi takeover. He discovered actors that would be lifelong icons, create socially conscious stories and placed a platform for the German cinema expansion that goes into today.

Some of his finest works below are part of his legacy and part of the German expressionist tone working with serious topics and playing to Germany’s reputation of cultural decadence a decade after the war. Pabst had the opportunity to experiment, especially when sound came in, to use different languages as part of the new internationalism and bring in players outside of Germany. Like many of his time, he fulfilled a play placed outside and challenged the censors (and the public) with conscious matters that no American film could have done or gotten away with.

American actress Louise Brooks became the poster child of German seduction in Pabst’s two films. Pandora’s Box is more notable because of the character’s open sexuality as Lulu is the mistress of a newspaper publisher who soon finds herself in the middle of a love square. Love, deception, and murder is part of an unwilling femme fatale in Lulu, who proudly shows her legs, her bob cut, and risque body to seduce anyone who could get to her. In the next film, Brooks plays a naive young woman who becomes pregnant after a one-night stand, struggles in a rigid reformatory school, and falls into prostitution. Based on a controversial best-selling novel, Pabst recreates it as a critique of society and how it treats women who have become “fallen.” Once hated upon release, it. was reanalyzed decades later as equally impressive as Pandora’s Box.

Louise Brooks was a trained dancer from Ziegfeld Follies and who was part of Paramount’s acting troupe until she quit over salary, freeing her to come to Berlin when Pabst sought her after watching A Girl in Every Port. She was his choice but the studio wanted Marlene Dietrich (already a star in Germany), but Pabst convinced them otherwise. As quickly as she rose, Brooks got tired of Europe and went back to America, where she never recaptured the same stardom and went into financial hardship that made her forgotten for decades. Only from the 50s onward, when pre-war films were rediscovered, including the best of Pabst, Brooks regained some fame and gave interviews about her career until her death in 1985. The French film historian Henri Langois said about Weimar cinema, “There is no Garbo! There is no Dietrich! There is only Louise Brooks!”

Set in the last months of the war, Pabst’s first talking film follows four soldiers who are faced with physical and emotional challenges separately. Made simultaneously with America’s All Quiet On The Western Front, Pabst’s own version of an insane maze of fire and self-fury captures the young men not stopping and discussing the morality of the conflict. They are robots where their feelings are kept inside of them and only the ending does any side of it come out, especially when “The End” has a “?” attached to it. In fact, we only know one by name – Carl – one by where they come from –  The Barvarian – and two simply as  “The Student” and “The Lieutenant.”

Based on an anti-war novel, Pabst’s realism shocked audiences among its release as a graphic reminder to the pain a whole decade earlier that surviving veterans could attest to. This was a movie that allowed him to go deeply visual with the setting and worked very well in the trenches and the human condition to its horror. No one as young as they could be shielded. As the first talkie film, Pabst made progress in placing the camera in compromising views where there is no escape. Our characters are surrounded completely. He reminds viewers of what even the losing side saw and that they are victims too.

Set not long after the war, a mining community is split into along the German/French border. The two sides remain bitter over the result, in which the Germans are totally stripped of their potential and pride, while the French, even victorious, struggle to rebuild. When French miners below are trapped due to a partial collapse, it is the Germans that drop grudges and come to the rescue. The title of the film means, “Comradeship,” in German. Pabst is promoting unity between the feuding states in a period and even used French and German actors to speak their own language, some not even understanding what the other actor was saying. It was promoted by left-wing journalists but derided by right-wing provocateurs as bowing to the enemy, a similar charge to Westfront 1918. Years later, German film critics refer to Kameradschaft as one of the best films in the first half of the 20th century and still highly acclaimed in the 21st century.

His interwar years were marked by decline and isolation when he fled to France after Hitler’s takeover. Pabst also spent time in the United States but quickly learned the Hollywood system was not for him, and in 1939, he went to his native Austria, now controlled by the Nazis. Although he had no Nazi sympathies, circumstances regarding his extended family trapped in Austria led to his arrival. Pabst made three films there, including Komodianten (1941), which won him Best Director at the Venice Film Festival (which is considered voided by its history books), before the war freed him and allowed him to move toward anti-Nazi films in the last decade of his career.

Pabst made his final film in 1956 and spent the last 11 years of his life at home in poor health. He left a positive legacy on early German cinema with the rest of a filmography with Joyless Soul, The Threepenny Opera, L’Atlantide, The Trial, and The Last Ten Days. Pabst is an important founding father of early international cinema, especially in the transition from silent to sound, and one that crossed lines with a visual representation of desire and horror.