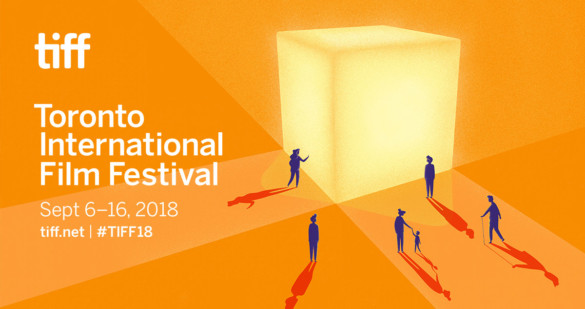 When it comes to the yearly movie calendar, few announcements excite me as much as the release of the fall film festival lineups. If you’re a fan of heavier dramas, the summer months are often a bit of a dry season. The festival announcements signify that Oscar season is about to heat up. This year, that means a bevy of big names that will be looking to jumpstart their Academy Award campaigns.

Let’s start with Venice, where a few major contenders will be making their worldwide premieres. The bombshell that rocked the movie world from the festival announcement was that Venice would be playing host to the latest film from Joel and Ethan Coen – The Ballad of Buster Scruggs. Originally intended to be a Netflix series, this anthology tale will now be released as a feature film and will most surely be an Oscar frontrunner upon its premiere.

The Coens aren’t the only Academy Award-winning auteurs that Netflix will have at Venice. Alfonso Cuaron returns to Spanish-language filmmaking with Roma, and Orson Welles’ long anticipated project The Other Side of the Wind will also premiere there. Cuaron won Best Director for Gravity, and any other year you’d say his film would be right at the top of the list for Oscar contenders. But as you will see, this year’s festival lineup is jam-packed with acclaimed directors.

Damien Chazelle’s First Man starring Ryan Gosling and telling the story of Neil Armstrong’s journey to the moon will also have its world premiere at Venice. The duo will pair up once again after their incredible success with La La Land. Even though Chazelle took home the Best Director prize that year, I wonder if the Academy will want to give him the main prize that has eluded him thus far.

Warner Bros.’ remake of A Star is Born starring Bradley Cooper and Lady Gaga will also release at Venice. The trailer for this film is fantastic, and Cooper has been a fairly safe bet with the Academy in recent years as an actor, but this is his directorial debut. We’ll have to wait and see if he will hold the same sway over them from the director’s chair.

Finally, Venice will also host the premieres of Yorgos Lanthimos’ The Favourite with Emma Stone and Rachel Weisz as well as 22 July, the newest film from Paul Greengrass.

From there, we’ll move to Toronto. Some of the films premiering in Venice will also be screening in Toronto (A Star is Born and First Man). As far as premieres go, the biggest name will be Steve McQueen, whose film Widows represents the follow up to his Best Picture winner 12 Years a Slave. For this film, McQueen is joining with Viola Davis, and that pairing alone should be enough to make this a clear contender.

Joining McQueen in Toronto is fellow former Best Picture winner Barry Jenkins. His film If Beale Street Could Talk is an adaptation of the James Baldwin novel and represents his much-anticipated follow up to Moonlight. With Jenkins and Chazelle both in the Oscar race again this year, we could have ourselves another Oscar night showdown to remember like we did back in 2017.

The New York Film Festival will also host screenings of Roma and The Favourite. Those films don’t seem to be frontrunners at the moment, but given the talent around them and the opportunity to gain momentum, both must be considered contenders.

Telluride has not officially announced its roster yet, but according to Variety, the festival is expected to host the premiere of David Lowery’s The Old Man & The Gun. Not only is this the director’s follow-up to A Ghost Story (which I thought was one of last year’s best films), but it also represents the retirement of legendary actor Robert Redford. Lowery is an up-and-coming talent, and you could certainly see the Academy falling for the story of Redford riding off into the sunset. I wouldn’t sleep on this film if I were you.

There are a few elements that make it difficult to gauge exactly where things stand in terms of the Oscar race at this point. First is the obvious caveat that it’s still early. All of these films and directors look good on paper, but we haven’t seen how audiences will react quite yet.

Even more than that, though, is the uncertainty surrounding the Academy’s views on Netflix. It seemed that the streaming giant knocked on the door last year with Mudbound. But they were shut out at Cannes, and it remains to be seen whether or not the Academy will fully embrace a film distributed by the streaming service (though Amazon has had some success at the Oscars in recent years). One thing is for sure, if they do not embrace Netflix this year, it won’t be due to the talent. It is clear that Netflix is going all in with their connection to films from the Coens, Cuaron, and Greengrass.

Also, keep in mind that Mary Queen of Scots has about as much Oscar firepower in the acting department as you can get right now with Saoirse Ronan and Margot Robbie in the lead roles. It will most likely premiere in Toronto, but that has not been officially announced. Still, it most certainly will be in the Best Picture hunt, despite the questions about historical inaccuracy that have already begun to spring up.

Finally, there are just so many directors with great Oscar pedigrees in the field this year. Can we really say for sure that Chazelle is the frontrunner with First Man when you also have Jenkins, McQueen, Cuaron, and the Coens in the mix?

At the end of the day, though, you didn’t come here for me to give you the reasons against making predictions at this point. In my very, VERY early picks, here’s how I see the frontrunners shaking out after the festival lineups were announced.