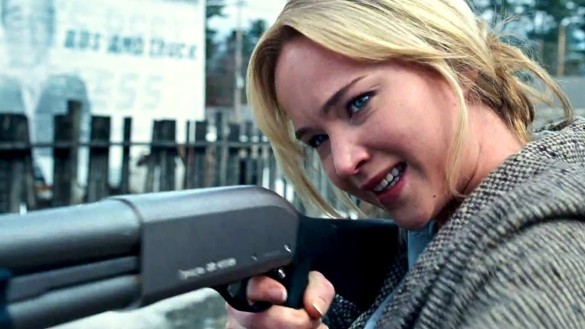 Jennifer Lawrence’s best works, in my opinion, are when she has been paired with David O. Russel, which is why I already had high expectations for Joy. Joy pairs David O. Russel with Jennifer Lawrence and Bradley Cooper for the third time (Silver Linings Playbook and American Hustle)and the result is the same: another stellar performance for Lawrence. Lawrence this time around stars as Joy Mangano, a woman whose persistence leads to the Miracle Mop becoming a QVC hit in the 1990s. I think films that teach great lessons, especially for a woman, because sometimes life gets in the way of their hopes and dreams. Joy has the ultimate struggle: She has kids; her mom (Virginia Madsen) does nothing but watch soap operas all day; her ex-husband Tony (Édgar Ramírez) lives in the basement, and then shares the space when her dad (Robert De Niro). I forgot to mention that Joy also works as well, so finding time to Tony Stark something becomes almost impossible.

An incident cleaning up broken glass gives her the creative spark she needed, and who can blame her, I hate touching broken glass with my hands. The idea that Joy came up with was the Miracle Mop, a self-wringing mop. The idea alone seemed like a winner because who wouldn’t want to use a mop that they never had to touch and can be thrown in the washer and dryer to be cleaned. Joy starts gaining ground when the character deals with the challenges of the business world.

Joy goes through many ups and downs, trying to sell her product, but when she meets Neil, (Bradley Cooper) the head of QVC, she is given an opportunity to showcase her product to the world. Well if you know anything about Joy Mangano than you know how everything all works out in the end which brings me to why this film falls short in comparison to David O. Russell’s previous Lawrence-Cooper connections.

Russell utilizes musical interludes, flashbacks, and flash-forwards to tell the story of Joy, and it never really seems to come together in a cohesive manner. The bar was set high with Silver Linings Playbook and American Hustle, so I think I was expecting that same caliber movie all around.

Most people know Jennifer Lawrence from her larger roles, such as Mystique in the X-Men films or Katniss Everdeen in The Hunger Games series, but this is her best role since Playbook. Joy caps off a progressive year in cinemas for females, a fact that I am proud of and will be writing a piece on that before the year’s end. However, despite Lawrence’s performance, this film was a bit all over the place and was disappointing given my expectations.