Featured: Canadian Bacon – The Finest Directors Of The Maple Leaf 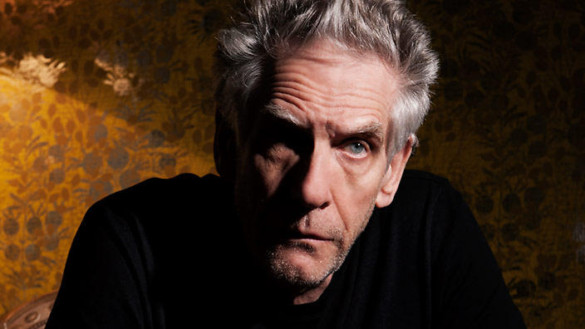 James Cameron, Denis Villeneuve, Norman Jewison, Jean-Marc Vallee and Jason Reitman are among of the most notable directors from the North who have succeeded in Hollywood. Of course, there is the countless number of actors from Mary Pickford to Ryan Reynolds onward that have also come to Hollywood and flourished have added to the list of stars that have given Canada strong representation. But a number of actors and directors have kept their base on the other side of the border and made films from within that realm in its bilingual state.

The Quebecan has directed three films that have received an Oscar nomination for Best Foreign Film, winning for his comedy-drama, The Barbarian Invasions. His career started working in documentaries in the 1960s at a time where Quebec’s “Quiet Revolution” of growing progressivism modernized and reawakened the region. Arcand hit the high mark in the 80s with The Decline of the American Empire and the religious satire Jesus of Montreal. His films trade barbs on provocative matters regarding sex, drugs, and Quebec identity without diving into the politics of it. Arcand recently released The Fall Of The American Empire, a crime drama not related to his acclaimed Decline.

Jutra’s Mon Oncle Antoine was long considered the greatest Canadian film ever until 2015 when Atanarjuat: The Fast Runner bumped the film to second. Still, Juntra was another key figure in the growth of French-Canadian cinema with his experimental narratives, modernist and dealing with socially radical subjects such as homosexuality (he was gay), interracial relations, and the separation of the generations. He worked within the state film board and independently, able to make his work that was received with mixed reactions but later was reexamined as establishing Quebec cinema from the rest of English Canada. Jutra committed suicide following his diagnosis of early onset Alzheimers but his status was cemented as a legend – a status scrubbed in disgrace two years ago in the wake of multiple allegations that he sexually abused minors.

He’s probably the most notable name on this list but has kept a majority of his work produced within the Canadian realm. Sticking around the sci-fi/horror genre, Cronenberg’s breakthrough films included The Brood, Scanners, and Videodrome before his more mainstream acclaim with The Fly, Dead Ringers, A History of Violence, and Eastern Promises. Cronenberg’s early work was making the unfilmable filmable (especially with adapting William S. Burrough’s Naked Lunch) and flirting with human mind’s attachment to technology with DNA, TV, and mind control, which brought out the psychological side in him with A Dangerous Method. For most of his work, Cronenberg collaborated on the score with fellow Canadian and music extraordinaire, Howard Shore.

Maddin is quite the experimental storyteller his themes of memory, sometimes from his own past, mixed in with eccentricity in how each of his pictures is structured. He mixes fantasy and documentary with My Winnipeg, repeating some scenes and keywords as part of his Freudian recollection of his beloved hometown that challenges (or accepts) the belief that it is this boring town in the middle of Canada, even having actors act out scenes of his life as a way to film his way out of Winnipeg. He’s also known for reverting to traditional conventions that have been disregarded, as well as replicating silent films, such as The Saddest Music In The World and Brand Upon The Brain! In addition, Maddin has been a noted installation artist and author and continues making a string of short films along with feature-length ones.

The most recent director to strike the chords loudly is only 29 but began as an actor as a child before making his directing debut with I Killed My Mother in 2009. Dolan’s burst of energy with every picture is extremely noticeable with themes of sexual awakening, strong women, and seeking acceptance from others. His notable works include Lawrence Anyways about an adult male coming out as transgender late in life and Mommy about the turbulent relationship between a single mother and her hot angered teenage son. Now, he has made his first English-speaking film with The Death And Life Of John Donovan to star Kit Harrington, Kathy Bates, Susan Sarandon, and Jacob Tremblay.

Other strong all-Canadian works include the haunting The Sweet Hereafter, the fantasy Leolo, the autobiographical documentary Stories We Tell, and the political docu-drama Les Ordres. Atom Egoyan and Sarah Polley have gotten recognition in the U.S. for their work as Canadian cinema has kept a distance from duplicating Hollywood-style works for traditional ones in the native sculpture. It has its own identity compared to their American and British counterparts; Quebec itself has a blossoming industry as independent within their own region that is as distinguishable in itself.