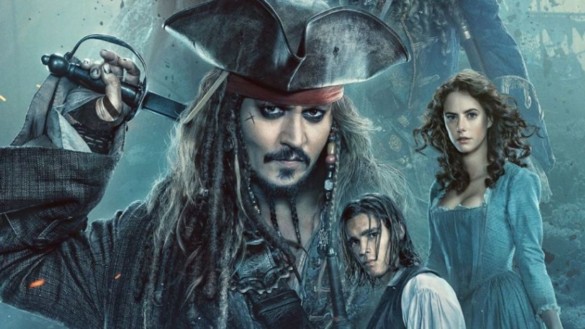 Well, here we are. This weekend features the next installment in the Pirates of the Caribbean franchise. By now you have either jumped ship or you’re along for the cruise. If you’re a fan of the first three Pirates films, you can at least look forward to the pseudo return of Orlando Bloom and Keira Knightley in Pirates of the Caribbean: Dead Men Tell No Tales. As for me…well…

My reaction when I heard that they were making a fifth Pirates film:

For what its worth, Jack Sparrow is one of the few recent Johnny Depp characters I can tolerate. He is actually fun in the role.

But…this sums up my excitement for Pirates of the Caribbean: Dead Men Tell No Tales:

Here is what’s coming to theaters this weekend:

ICYMI: On #222, we review Alien: Covenant and discuss our favorite movies as prayers!