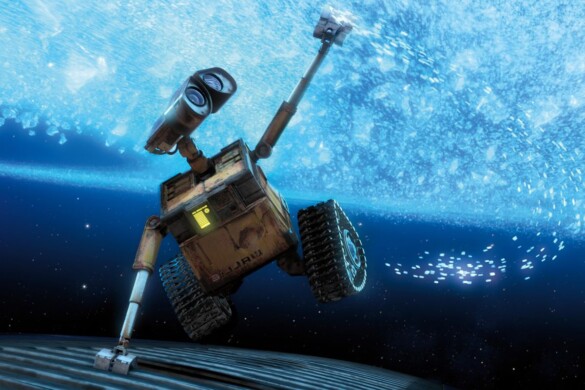 With one film getting a re-release and the rest as new editions, ‘tis the season to be buying new gifts for your loved ones with these amazing releases. Another Netflix film and one of the most powerful biopics enter the Criterion; a surrealist piece of freedom from tyranny finally gets its due, and Hong Kong is the setting for a 21st-century masterpiece as well as one of the best trilogies in the last two decades. This is the diversity that Criterion continues to bring in.

Arguably the best film to come out of the Czech New Wave, director Věra Chytilová caused a storm with her story of two friends who decide to act against the rules of social engagement. It has multiple scenes of mayhem in many areas attacking what the communist establishment had been bringing to Czechoslovakia for the previous twenty years. Ivana Karbanová and Jitka Cerhová are both delightful to watch and perfect as Chytilová’s double middle-fingers, which were acclaimed by film critics but banned by the government after 1968. Post-communism, the movie was freed from censorship and remains a staple of European cinema of the time.

Spike Lee blasted in front of us his take on the controversial life of the civil rights leader from convict to Black freedom fighter in the Nation of Islam all the way to his assassination in 1965. Denzel Washington is at his finest, arguably the best performance of his career, bringing out the ferocious lion that Malcolm X was. Only a director like Lee could have produced this saga and feature a strong supporting cast with Delroy Lindo, Angela Bassett, Albert Hall, and a slew of cameos featuring Christopher Plummer, Peter Boyle, Giancarlo Esposito, Al Sharpton, and Nelson Mandela, who was on his way to becoming President of South Africa.

In a 4K reissue, Wong Kar-wai’s masterpiece stands the taste of time with its lush cinematography by Christopher Doyle and Mark Lee Ping-bing setting the tone for its melancholy story of loss, betrayal, and loneliness. It is 1960s Hong Kong and two people (Tony Leung and Maggie Cheung) are together after learning their spouses are having an affair with each other. They choose not to have a physical affair but certainly do on an emotional level. Critic Peter Travers said it easily, “could have been a snickering sex farce,” but under Wong, it was given the right touch of honesty in relationships. In 2016, the BBC released their 100 Greatest Films of the 21st Century with In The Mood finishing 2nd behind another Criterion film, Mulholland Drive.

The first film is the basis of Martin Scorsese’s The Departed, but it is an entire saga based in Hong Kong. Tony Leung Chiu-wai and Andy Lau Tak-wah play the leading men, one as an undercover cop and one as the gangster’s insider to the Hong Kong police force, crossing through the criminal underbelly and being forced to trust and betray people to survive. In its sequels, the backstory of both characters and the seeds that led to their events in the first film is shown, while the conclusion of the series plays out the aftermath of everything that has happened. Directors Alan Mak (who also co-wrote the trilogy) and Andrew Lau orchestrate the whole series with high tension that blends the lines perfectly where no one is safe and danger lurks at every corner.

This was a big surprise announcement by Criterion after they already released their November slate. In an exclusive 4K release, Disney and Criterion made Andrew Stanton’s Oscar-winning story set in the long distant future in which Earth has been abandoned, adults get fat off living in a humongous spaceship, and the last robot on Earth is picking up the trash left behind. It remains one of the best Pixar films made, building on the story of environmentalism mixed with a beautiful love story between the titular robot and a female humanoid who arrives to detect any source of life. With sound design by Ben Burtt, who also was the sound designer on Star Wars, special effects, and cinematography advised by Oscar winners Dennis Muren and Roger Deakins, respectively, Stanton directs a masterpiece that is to behold forever among the greatest animated films.

Jane Campion won her second Oscar for directing this brilliant piece of Revisionist Western with a major dose of sexual psychology. Benedict Cumberbatch is great as the charismatic but totalitarian head of a ranch who is proud to show off his masculinity to others while his brother (Jesse Plemons) marries a widow (Kristen Dunst) and brings her son (Kodi-Smit McPhee) to the ranch. A threat to his territory, the cowboy seeks to keep in line his new relatives, but the effeminate-mannered son has other plans. Having watched the film at Middleburg last year, it has grown on me a lot at how amazing it is and that it will stand out among future Top 100 films later on. Not winning Best Picture may have been the best thing for the film’s future legacy.