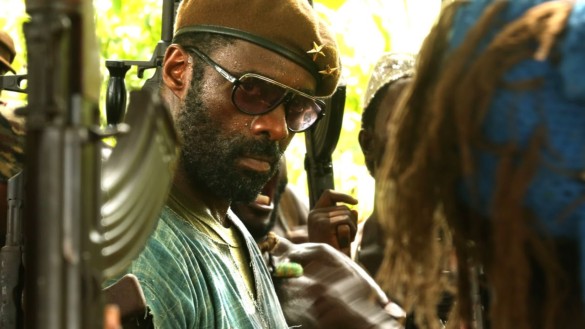 This time, it’s only four films getting released. A masterpiece of Polish cinema involving a mysterious figure working underground as part of the Resistance against the occupying Germans. A live documentary on the making of a Broadway musical. A Japanese fantasy on what it may look like after death. Netflix’s first original motion picture release depicting child soldiers fighting for a warlord in Africa. These are the quad of movies coming into the collection.

The Polish New Wave brought in some of the greatest directors the world has ever seen. Most notably, it was Roman Polanski and Andrzej Wajda that came out as the faces of Polish cinema. While Polanski made the move to Hollywood, it was Wajda who stayed home to make personal films about Poland’s time fighting the Nazis with his war trilogy: A Generation, Kanal, and the pinnacle of the three, Ashes And Diamonds. For the month’s only re-release, an underground fighter who sets up a plan to assassinate a Nazi leader must decide whether it is worth it to continue to risk his life in hiding or move on and follow the young woman he’s in love with. In tunnel vision, Wajda makes something out of the literal ashes of Poland for his more somber tale of war compared to his first two films.

The broadway show Company would turn into one of the most successful productions of all time and certainly one of the greats from Stephen Sondheim. During the production of the album recording of the show, D. A. Pennebaker (Bob Dylan Don’t Look Back) brought in a camera crew to capture everyone going through the very long sessions and fights to get it all done the way they performed it on stage. It’s a documentary for Broadway lovers as it is a major document of a live congregation of personalities all working as a team to complete the work of their fantastic music as harmoniously as possible.

Years before the release of Still Walking (2008) and his Palme d’Or-winning Shoplifters (2019), Hirokazu Kore-Eda made his breakthrough with this enchanting fantasy about living a moment of your life for the rest of time. It’s about accepting death and preparing for the next adventure with what you have done in keeping that memory. Kore-Eda prepared his script by interviewing hundreds of people from different backgrounds and asking them this question and why. Mixing real-life with re-enactments, Kore-Eda constructs a theory about what people would want to keep with and avoids the heavy-handedness of the subject.

Before No Time Tio Die, Cary Joji Fukunaga created stories of human suffering and the drive to survive, as in Sin Nombre. Here, in what was Netflix’s first foray into film distribution, a young boy in West Africa is forced to join a group of soldiers, all youths, led by a tyrannical commander (Idris Elba, who should have gotten an Oscar nomination) during a brutal civil war. It isn’t an action movie, but a realist story of savagery embedded in innocence before they have the chance to be a child rather than make decisions on the battlefield.