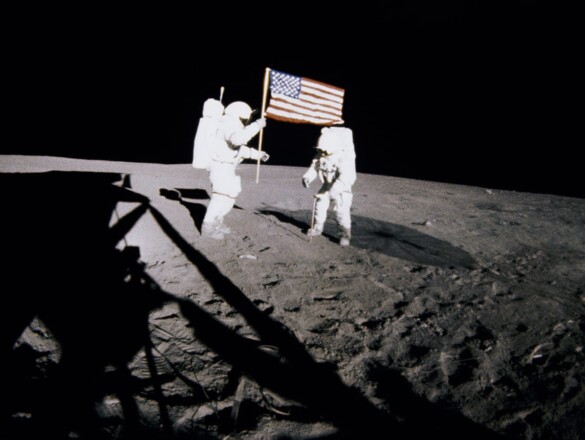 After receiving major acclaim with Bicycle Thieves, director Vittorio De Sica followed up on the backend of the neorealist era with a fantasy-comedy about a group of poor people who find oil and have to protect their discovery from greedy men who try to buy it and kick them out. With the help of some magic, the squatters on this suddenly-rich piece of land, a symbol of the economic boom in Italy following the war, have to hope to receive the riches they never had and hope to receive their fair slice from life.

Jayne Mansfield made herself a major name in films starring in this musical comedy that indulges on the rock n’ roll craze featuring music (and cameos) by Little Richard, Eddie Cochran, Fats Domino, and more. Mansfield plays the floozy girlfriend of a mobster (Edmund O’Brien) who hires a washed up talent agent to give her a start in singing, except for the fact that she’s terrible. Although it’s a satire on musical showbiz movies with various gags, the film made a big impact on two teenage boys in Liverpool – John Lennon and Paul McCartney – who converted their musical interest to rock and evolved in a folk band that later became The Beatles.

French director Bernard Tavernier made a love message to jazz music and the influential group of African-American musicians that became popular in France. Real-life saxophonist Dexter Gordon plays a newcomer to Paris making a fresh start in his career who starts an unlikely friendship with a single father who loves jazz. Gordon received an Oscar nomination for his performance and Herbie Hancock won an Oscar for his sensational score that captured the mood of that era; musicians from that period who played in France even made cameos in the film that gives it stronger authenticity.

Writer/director Alex Cox has his controversial film getting a new life with a second Criterion release. Here, he turns in a semi-biopic Western full of anachronisms that made a strong political statement of the time. Ed Harris plays an American in 1850s Nicaragua who suddenly takes over the country as dictator in support of America’s Manifest Destiny, becoming drunk on power. It is a mirror that attacked American foreign policy on Nicaragua, which funded anti-communist insurgents against the socialist government, as well as American influence in Latin America which was widely known. It received brutally negative reviews and ended Cox’s career with Hollywood studios, but Walker has since gotten the last laugh with a retrospective that shows Cox’s daring challenge to the establishment with incendiary results.

It’s the second film of the bunch that is a re-release by Criterion. It’s the story of Apollo 7 to 17, the race to the moon, using the voices of those who took part in the Apollo program. Director Al Reinert constructs an 80-minute spectacle with NASA’s own footage, much that had never been seen before, and puts up an account that feels like one single voyage from all of the missions that shows those snapshots of our planet.

From Nigeria, twin brothers Arie and Chuko Esiri made a striking debut with their two chapter-story of two people who share the same house and have their own plans to seek a better life in Europe. However, before they can even leave, the harsh realities of daily Lagos life threatens to keep them there. It is a statement to the world on the difficulties that Africans in any country face just wanting to seek something better, as well as how good Nollywood can be when one of their own films can have crossover appeal as the Esiri brothers pushed out their own distinct voices to others.