Criterion Crunch Time: ‘The Bad and the Beautiful’ 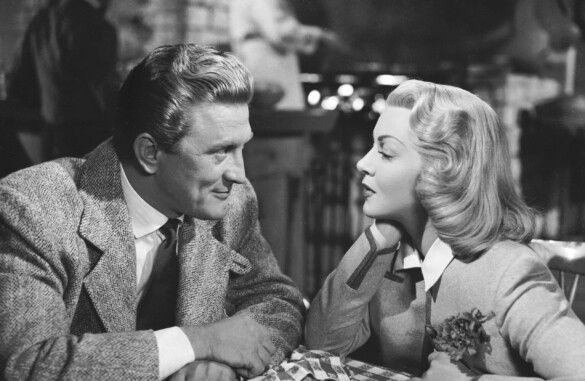 The Criterion Channel has a mostly earned reputation for having a large collection focused mostly on “art house cinema.’ But as time passes, this definition likely changes. Let’s take Oscar-nominated films as an example. In the current time, many of these films are not exactly blockbusters or crowd-pleasers. I mean, last year Nomadland won, and that mostly was watched by cinephiles and not “normal people.”  But this wasn’t always the case. In the past, the Oscars were sometimes more of a celebration of the studio system which focused on money and star making performances. And that perfectly brings us to the focus of this column in The Bad and the Beautiful. This megawatt picture leaves the service at the end of this month and I hope it will absolutely be worth your time, so let’s jump in.

Much like films such as Citizen Kane, this film follows the events and they are revealed in flashback. Our lead, Jonathan Shields (Kirk Douglas), a once powerful movie producer who wants to get a film made, but cannot do it without the help of a handful of people who he has wronged. Each of them; director Fred Amiel (Barry Sullivan), screenwriter James Lee Bartlow (Dick Powell), and starlet Georgia Lorrison (Lana Turner) all have a bone to pick and outright refuse to speak to him, even through his go between Harry Pebbel (Walter Pidgeon). This sets in motion a series of stories, connected through the making of one, particularly large and unwieldy picture.

The Bad and the Beautiful is big and unwieldy. It survives on honest to god star power, the likes of which we don’t see much anymore. I found myself actually wishing it was longer and had more room to breathe. Douglas, in an Academy Award nominated performance is breathtaking. The moment he finally struts on screen in flashback, you know that he owns the screen. Director Vincente Minnelli seems to be quite aware of this too, as he allows the camera to linger on him, even in a role that could be unlikable, minus the movie star charisma. To give you the idea of the kind of performance we have on our hands, the role was originally planned for Clark Gable, the ultimate bad boy who we find ourselves magnetically pulled towards. Douglas is good throughout, but his work with the stunning Lana Turner is of particular note.

Turner was already a massive star at this point, both through roles with Clark Gable as co-star but also from her femme fatale turn in The Postman Always Rings Twice (featured previously in this column). Turner is an actor that seems to refuse to be pigeon holed. After that stunning turn in Postman, it would be easy to simply focus on more noir type performances, but this is different. In her sadly short arc here (there is just not time for much more), her portrayal of shy naïveté, tragedy, romance, and raw anger and regret are all on display, and never feels out of control or too dramatic. In a film full of very good actors, she stands out, especially when she and Douglas go toe to toe.

Another thing to love about The Bad and the Beautiful is that in all of its largess, it refused to only focus on the romance, which must have been tempting with these two beautiful stars. But Shield’s relationship with his director and close friend, Fred Amiel, might be even more heartbreaking than lost love. At the outset of the films, Shields and Bartlow are working for Pebbel on less than inspiring films. They are successful for what they are, but made on the cheap. Finally, they come up with an idea for something grander. Shields pitches it, with the understanding that Amiel will direct. After all, Amiel helped the project be ten times the film it would have been with just Shields’ input. But at the slightest provocation, greed drives the wedge between the two. Shields allows a more experienced director to take his place, relegating his friend to more behind the scenes work. Both the pain and acceptance on Barry Sullivan’s face play out quickly but nonetheless is gutting.

The Bad and the Beautiful is a film in which it is impossible to have a happy ending. If the three in the opening scene decide not to work with Shields, there are no good feelings, mainly because Douglas is so engaging. If they do work with him, a pretty hideous character comes out on top. In a brilliant move from the screenplay, penned by Charles Schnee (with story work from George Bradshaw), it allows for a bit of both. All three say no to working with Shields, but eavesdrop on a conversation about his next film and are all eager. Will they fall back into Shields’ web for more success and fame, or will they hold true? This world goes on without us, and a mostly anti-Hollywood film can be read in more than one way, which is wildly more interesting than anyone more specific ending.