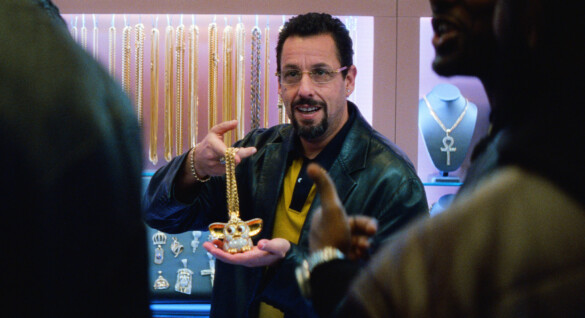 Talk about a reveal this month. The list from the Criterion Collection is a knockout one after another with its list that will empty the pockets of many. AFI #1 American movie of all time, an Italian husband/wife combination that created tears, a slate of Hong Kong cinema’s most recognizable kung fu series, a stunning hood film from another set of brothers, and one of the most anticipated Criterion releases in recent history with one of the most exhilarating dramas in recent years. Perfect time for a holiday gift with any of these magnificent films.

I don’t think I need to do any introduction about this film. You know how Orson Welles got the job at RKO. You know the fight about the script, courtesy of David Fincher’s Mank, as well as the long battle with Wiliam Randolph Hearst, who tried to buy the film and destroy it. But for its 80th anniversary, the big K – that cover, in my opinion, is perfect – is FINALLY get the Criterion treatment on Blu-ray, DVD, and 4K UHD. Technically, it’s a re-release; the movie was first on Criterion’s LaserDiscs in the 1980s, but later fell to Warner Brothers for later home releases. Still, the ultimate Welles film is with Criterion and all for us to take back home.

Federico Fellini’s beautiful story of a woman (played by Fellini’s own wife, Giulietta Masina) hired to be the clown of a brute strongman (Broderick Crawford) is getting its long-awaited re-release on Criterion. Fellini wanted Humphrey Bogart for the strongman role, but he was ill with cancer that would kill him. Crawford’s drinking and Fellini’s mental breakdown during the shoot caused problems, but the final product would be the ultimate breakthrough for Fellini as an international director, even as it wasn’t a hit in Italy, but won the Oscar for Best International Film.

In the middle of Hong Kong’s golden age of cinema, five movies starring Jet Li and Vincent Zhao portrayed folk hero martial artist Wong Fei-hung in 19th/20th century China as their culture is threatened by foreign influencers. Each film moves up in the timeline as Li/Zhao faces various challenges with a modern China forming as the old lifestyle is fading away, making Wong a rarity. With it is the themes of Chinese nationalism, something very appealing to the region, along with the continuation of stylized fighting going back to the Hong Kong new wave of the 70s where Bruce Lee made martial arts on film highly popular.

Albert and Allen Hughes made an impressive debut with a graphic hood film on the streets of Watts, Los Angeles, following a young man who grows up and is engulfed in gang life. Tyrin Turner, Jada Pinkett Smith, Larenz Tate, Samuel L. Jackson, and Bill Duke (who directed the Criterion released Deep Cover a year earlier) star in this authentic urban tale of survival and the massage directed at youth who, by no fault of their own, are raised in such a hostile environment. A lot like Boyz N Da Hood released two years earlier, it is a bleak picture and captures lightning in a bottle in which the city was still fuming from the Rodney King riots.

Getting its own re-release for the purpose of going on 4K UHD, David Lynch’s mysterious, hypnotic drama of an aspiring actress, an amnesiac woman, and a director fighting unmovable people for his own movie. What was a TV pilot made in the same vein as Twin Peaks, it was turned down and Lynch created an atmospheric story which made it even better than it would have been on TV. What does it all mean? Lynch, unsurprisingly, will not tell. But by bringing in Naomi Watts, Justin Theroux, and Laura Harring, one of the most critically analyzed films this new century, ranking #1 on BBC’s 100 Greatest Films of the 21st Century.

THIS is what we’ve been waiting for, especially after its release date was bumped back one month to get a 4K UHD release with an alternative cover. Adam Sandler had one film given the treatment (Paul Thomas Anderson’s Punch Drunk Love) and to get a second one, it had to top that performance. His portrayal as Howard, the degenerate gambler and jewelry man, makes us garble anxiety with his high energy running around to pay off debts while playing footsie with Kevin Garnett over a stunningly large opal. And Idina Menzel is no longer the gorgeous voice in Frozen, but Howard’s soon-to-be-ex who is profane and cannot deal with his behavior, even over Passover. Shout out to Julia Fox and Lakeith Stanfield also, plus the Safdie brothers for their incredible work.

The (Im)Possible Contenders is intended to be a collection of features highlighting great films, performances, and craftsmanship that... Read More »

Genre is an interesting beast and we can come to it for different reasons. Blaxploitation can, of course,... Read More »